Our missing sense. What is it and how does it work?

Disaster had befallen the tribe of Mitochondrial Eve, their population had been reduced to less than a dozen individuals, siblings and cousins all.

Although this population bottleneck was eventually overcome, the genetic damage was done. A congenital defect caused by the inevitable inbreeding had robbed all the descendents of that tribe of one of their external senses and only 5 senses remained. The physical structure of that sense remained, just as a deaf person has ears, but it created no conscious sensation.

What was that lost sense, and what is the organ responsible for it?

The purpose of this question is to inform a speculative fiction story in which the sense is reactivated via a simple piece of genetic engineering to living adult humans. Therefore the sense should biologically feasible and the physical structure necessary to use it already present.

The sense doesn't have to already exist in nature but, if it does, a citation indicating a creature that has that sense would be very welcome.

The original humans had a fourth cone cell, one sensitive to ultraviolet light. This let them see the hidden ultraviolet markers on plants and birds. 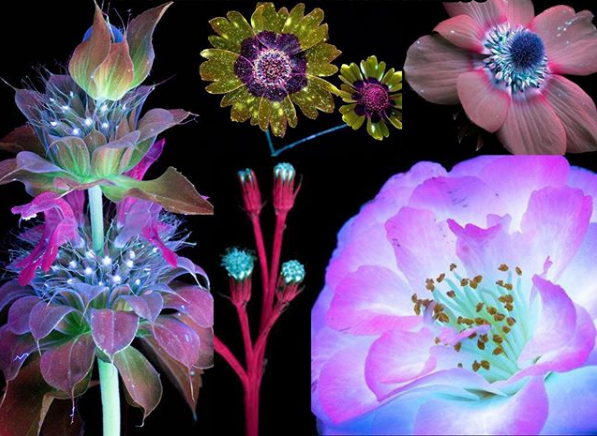 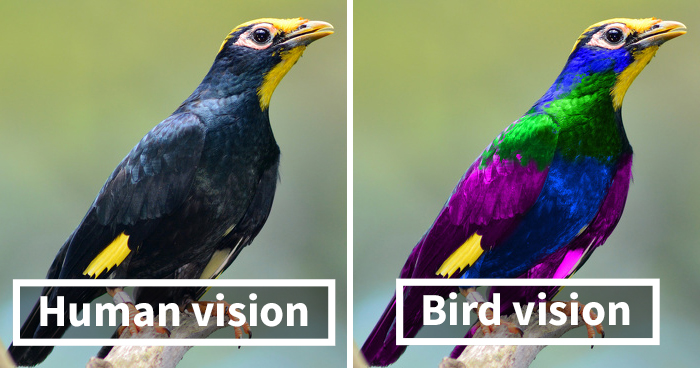 This let the tribes of humans with it have a decisive advantage in resource collection, getting superior food by their advanced vision, and improving their ability to spot camouflaged predators.

Unfortunately for them, this also meant that they chose the most open and hospitable of territories, which fared poorly in the disasters that killed other humans. The ones with broken senses lived, and spread and became modern humans. 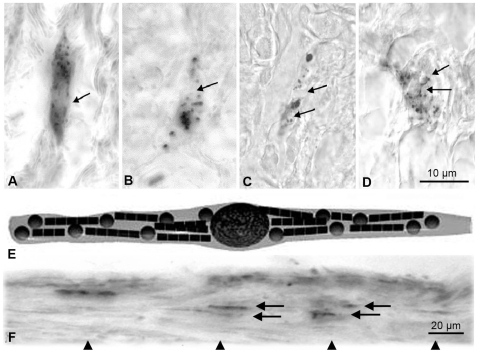 Magnetoception is a general description for the ability to detect the Earth's magnetic field and use it for navigation. To quote the 2010 review from which the image above is taken:

...The magnetic sense must therefore be addressed as an additional and stand-alone sense, besides vision, hearing, olfaction, taste, electroreception and mechanosensation.

The cells shown above detect magnetic fields in the upper beaks of birds by having particles of iron in the dendrites (receptive areas) of nerves, and return sensations by the trigeminal nerve that relays sensation from the face. Human magnetic sense has been proposed to be mediated by CRY2, a cryptochrome in the eye (optical pigment like protein) that senses magnetism a different way using light.

"Mitochondrial Eve" did not actually live alone, but was among at least tens of thousands. Her children never needed to resort to Noah's Ark Family Hour to produce the next generation. She is merely the lucky winner - chosen long after the fact - whose mitochondria won out in a long game of evolution. But in the spirit of the question, her offspring still suffered a major trauma - the Laschamp event 42,000 years ago, which probably would have been a geomagnetic reversal except the coin came up heads twice in a row. "Auroras blazed near the equator", and magnetic perception became if anything a disadvantage.

For this story, let's suppose that ancient humans from H. erectus onward, being long distance runners, had been busily evolving a magnetic sense from some weak vestigial mechanisms. By 42k years ago, many humans could easily navigate by magnetic fields. However, the talent remained rare, because once a tribe had a couple of shamans who could guide them on long trips, the selective advantage for further perfection of the mechanism weakened. Then the Laschamp Event hit and the shamans lost their magic powers for 250 years. The other humans rebelled against the shamans' privileges, put forward their own chiefs, and held witch hunts for centuries even after the geomagnetic field had gotten back to normal. The genetic basis of the sense involves multiple genes, and people with the right forms of all of them are rare, so there are only a very few oddballs here and there claiming to have this talent, who are dismissed by the rest as charlatans.

The original humans had a much stronger sense of empathy. They could sense the emotional state of other nearby humans. Modern humans would be sociopaths by their standards.

The organ for controlling this was the head hair. Obviously there is something suspicious about the head hair. A hairless ape having hair on the armpits and genitals makes sense as a way to reduce friction. But why the top of the head and nowhere else?

It's because the head hair was originally biologically active. It was simultaneously a transmitter and receiver for emotional state. It also hurt to cut your hair.

All that remains in modern humans is the eyebrows. Their position indicates emotional state. But the effect is much weaker.

The result of this extra sense is that the original humans were more herd oriented. They had stronger emotional ties to their family and tribe. On the other hand they were less inventive (though no less intelligent) since the first human to invent a bronze axe, or a new way of gathering seeds, was immediately met with a psychic wave of suspicion from their friends.

Humans are capable of some limited echolocation (barely), as demonstrated by some visually impaired persons. And we still have ears and vocal cords.

Originally, your humans had ears more sensitive to higher frequencies (something that is negatively correlated with age in modern humans) and vocal cords capable of producing near ultrasound. This disappeared and gave the way to the abillity to produce fine grained sounds - AKA speech.

The ability to taste

A Super taster is someone for whom the following chemicals (from some common foods) taste bitter, but other people don't taste them at all. "It is thought to be related to the presence of the TAS2R38 gene"[1]

These chemical compounds can be found in uncooked broccoli and other common foods. One could hypothesize that many more tasting genes could have been lost or damaged by inbreeding, causing the remaining population to be unable to taste anything with their tongue.

Not the answer you're looking for? Browse other questions tagged biology prehistoric-times .