How advanced would Lanka under Ravana (and thus the Rākṣasas/Yakṣas) have to be to supply a 100 billion population of meat eaters?

How advanced would Rākṣasas/Yakṣas have to be to stay consistent with their description in the Ramayana? The population is probably a mix of Rākṣasas/Yakṣas due to matching their leader's races. The sizes for Rākṣasas are immense, enough to cover mountain ranges. Yakṣas are resemble cranes (the birds), but are also bigger than humans, but to nowhere near the same extent. They are as tall palmyra-palm.

Vaisampayana continued, 'Hearing these accursed words couched in harsh syllabus,[2] Yudhishthira, O king, approaching the Yaksha who had spoken then, stood there. And that bull among the Bharatas then beheld that Yaksha of unusual eyes and huge body tall like a palmyra-palm and looking like fire or the Sun, and irresistible and gigantic like a mountain, staying on a tree, and uttering a loud roar deep as that of the clouds.

The residents have to be pretty comfortable there, as there is nothing preventing them from expanding to other areas controlled by Ravana.

By the way, I think it makes a lot more sense if they can warp space to give a bigger on the inside houses, but that's more advanced than other explanations like just antigravity for the structural weight (which would be an issue with warping space as well).

Sorry, my mistake for not noticing the pretty exact size for the Yakṣas earlier.

A couple centuries ahead of today:

That IS a lot of bodies to feed. But in the end, it just comes down to finding the real estate and food so everyone is reasonably comfortable. Scientists today are already working out how to do what you are trying to accomplish.

First, let's set some guidelines. I'm assuming no implausible magic. Lots of speculative literature suggests the Ramayana was discussing advanced aircraft, atomic weapons and missiles, stealth technologies, and the like. Rakshasas are described as great illusionists, shapeshifters, and able to interact with humans. So I'll say for this reason rakshasas are approximately human in relative size, and any giant ones are a function of illusion (holograms, etc.) or technology (like battle armor). All "magic" is explainable under the "Any sufficiently advanced technology" clause of worldbuilding.

Most of the problems you face are really engineering ones. Yaksas are guardians of secrets and treasures underground, and they are building vast networks of tunnels to create all the real estate they need. Lanka can spread out underground under the ocean. Geothermal energy can provide all the power they need to operate vast hydroponic farms underground, and the air is circulated with the plants to renew the oxygen supply. Hydroponic algae is fed mostly to insects (meat) which form the basis of the local food production. Elites can eat fancier, but this gets you abundant cheap meat and lots of real estate.

Your Rakshasas are always hungry, and they are perpetually trying to expand their systems to compensate. They have constructed a vast arcology encompassing most of the island of Lanka. The tower of this thing extends thousands of stories up and provides all the living space you need. This fits well with the designation that the fortress of Ravenna was 13 km tall. Atop this is a network of space elevators and a couple vast pipes continuously pumping up carbon dioxide, water and volatilized organics plus minerals needed for space-based hydroponics. Since the best space elevator locations would be along the equator, this fits well with the positioning of Lanka south of Sri Lanka along the equator. Solar power stations in orbit provide all the power these facilities (and the people on the surface) need to run their civilization. Food is run down the gravity well in an endless stream (again, likely mostly in the form of insect proteins raised on hydroponic plants).

Any time you need more, simply add orbitals, dig horizontally or vertically, and add floors to the arcology.

You need three things for the civilization to do well. Housing, food, and power. There are a host of associated technologies, like recycling, water efficiency and such they need, but those are relatively easy to make.

We could house a lot more people than we do. They need to have hosts of skyscrapers piercing the skies and mines diving deep into the earth to house their vast population. We have just begun development of such buildings. Theirs will likely be larger and more common.

I imagine everyone will live in places like this, with less poverty hovels around them. 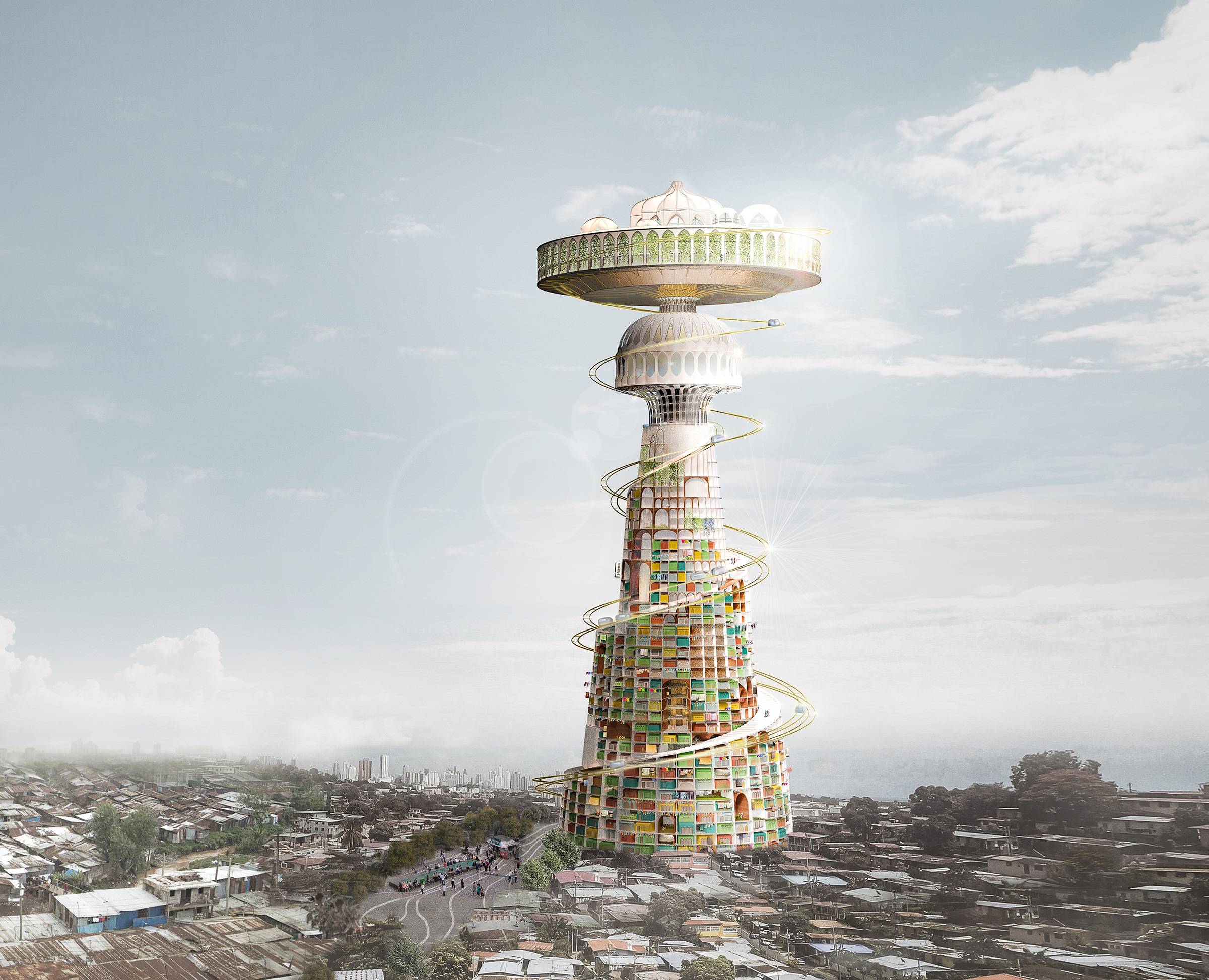 With these, they can have a massive population density, far beyond even Sri Lanka, with their powerful construction technology and building ability.

We are close to being able to grow meat, but not quite there. They need the ability to grow vast amounts of meat for their population. This reduces energy loss and increases efficiency. No need for herds of cows when you can have herds of biovats.

Running the air systems, lighting, weather cancellation systems, water purification systems, crop growing vats and everything will be massively expensive. As such, they need a cheap and plentiful power source.

Nuclear fusion is that. They've presumably mastered the fires of the sun, and can power a nigh infinite amount of devices with isotopes purified from base water.

Not the answer you're looking for? Browse other questions tagged technology religion demons .

12
How would a Dragon society, separated from a human society for 500 years, up until the modern day, have advanced differently?
1
Under the following conditions, would any technological civilisation build a chemical rocket, and if so, how?
10
How Long Would Artifacts Last Under the Moon's Surface?
7
How would naval warfare change with the advent of advanced weaponry?
26
My characters have been killing the same demons over and over again. How come the demons never adapt to them?
8
How would underwater weaponry and technology look under high pressure?
7
How would a bronze-age people harvest meat from a creature the size of a mountain?