Two celestial bodies tidal locked - not with the sun

I tried to do my homework and actually thanks to this question and answer, I found myself to this site. But I just found more questions :)

Basically the setting would be close to what Earth - Moon is, but both objects being habitable and with 1G (Earth's gravity).

My initial plan would be to have my world in this tidally locked "moon" so that another side would constantly see the "planet" while another would not. The magnetic axis would point towards the "planet", let's call it the "north pole". I would have the cultural center of this world at the magnetic pole but I am not sure if the "north pole" would be just ocean. 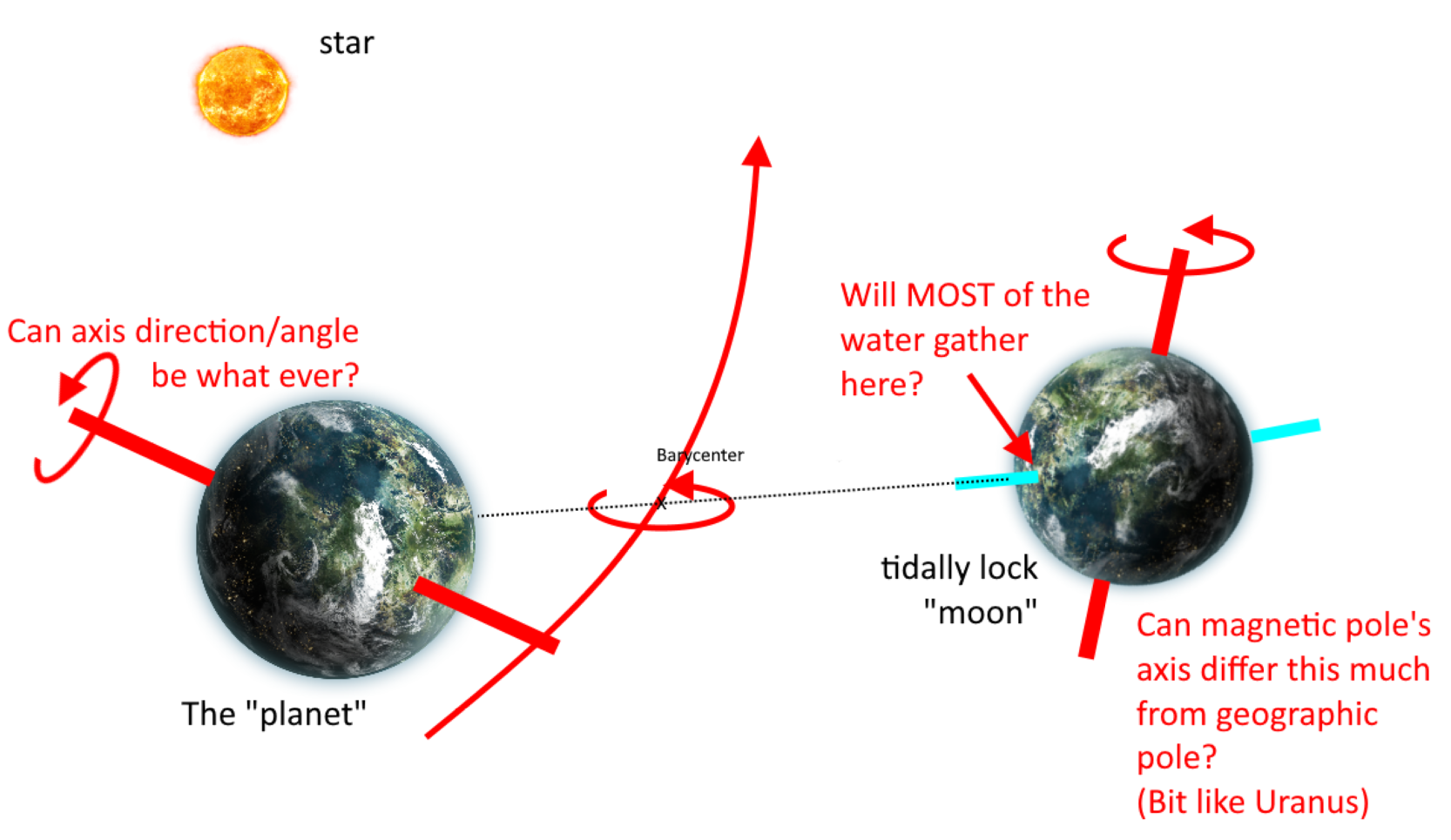 24
What would a habitable moon most probably look like?