How to pilot flying animals?

I made a post a while ago about how to saddle a dragon. I recently remembered that, and another question came up: how to pilot a flying animal?

Land animals tend to run in the direction their heads are pointing, but an animal flyer may well look to one side and keep flying forward. So, as I see it, reins are useless(mainly because my characters lie on the animals, they don't sit, the link has an answer that convinced me to make this change); besides, they can irritate the animal and you don't want to annoy an animal that can make you free-fall from the clouds to the ground or devour you or attack with fire (dragon) or lightning (thunder bird), for example. The way Hiccup pilots Toothless would only work for an animal that has a long tail with a part missing. Depending on the turbulence, the wind will prevent the animal from hearing the pilot tell which direction to go.

Note: it has to be a method that doesn't use magic, so even those who don't have magic can pilot a flying animal.

You train the animal to respond to commands. Compare to riding a horse: if you are a decent rider, you don't* direct the horse by yanking its head around. You give it very gentle cues, either a short tug on the rein, or neck reining: https://www.equisearch.com/articles/direct-approach-neck-reining-17386 You also use leg & weight shift cues. If you're really good (I'm not), you don't really need reins at all. Look for videos of Stacey Westfall, for example.

Also, your horse will often turn its head to look to the side while you're riding. Quite often at the walk, less so at a trot, and seldom at a canter or gallop. They can also be trained to respond to voice commands. (Maybe: I'm not sure whether they're understanding the voice, or subtle body/posture cues.)

*Except in rather limited circumstances, for instance if the horse bolts and you need to do a one-rein stop: https://horseandrider.com/western-horse-training-tips/problem-solved-with-warwick-schiller-one-rein-stop 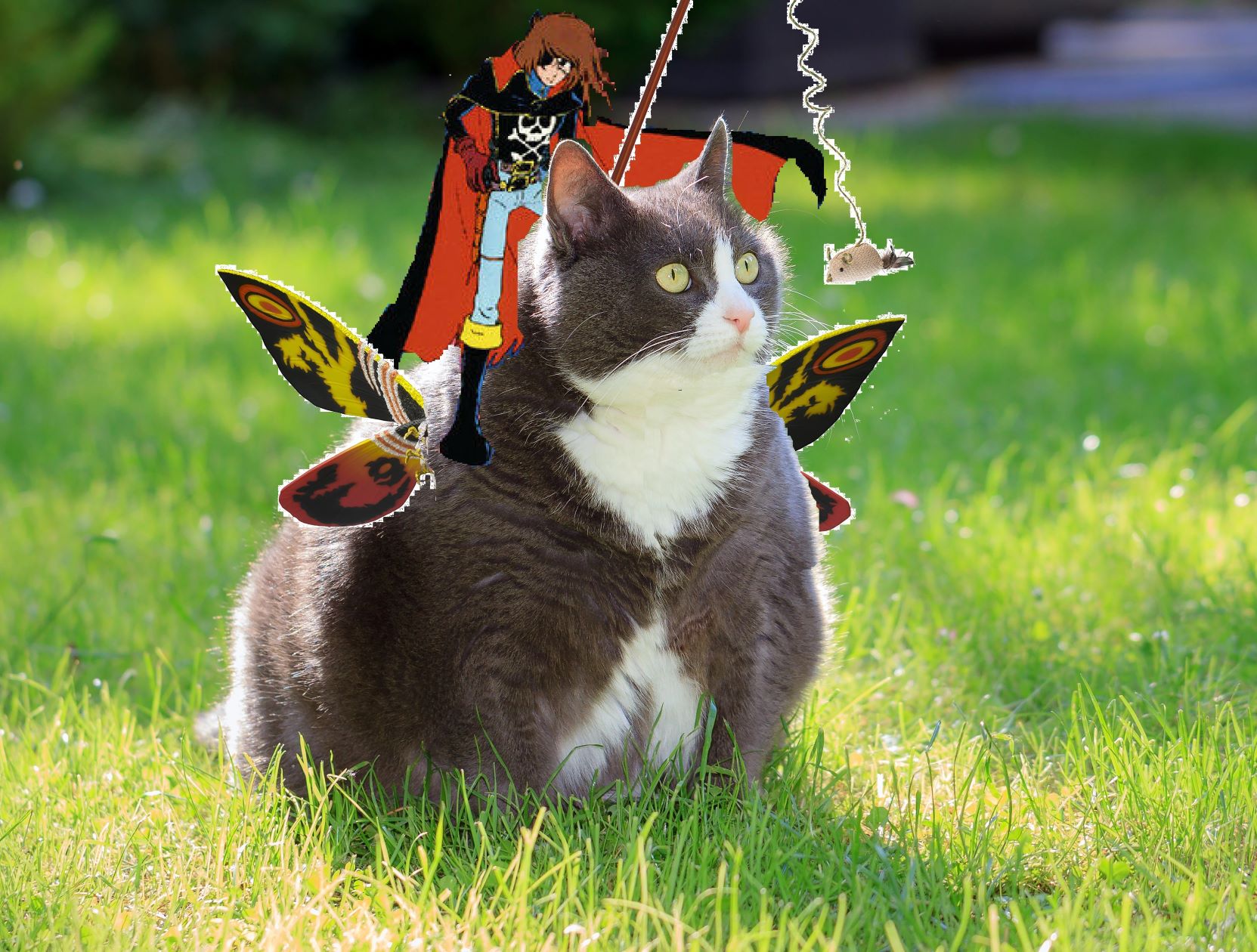 The rider of this flying mount has gotten its attention with the mouse toy. By positioning the toy above, left, right or below the mount, this intrepid rider can induce his mount to take flight and then follow the toy.

Land animals tend to run in the direction they are looking,

You assumption is wrong. 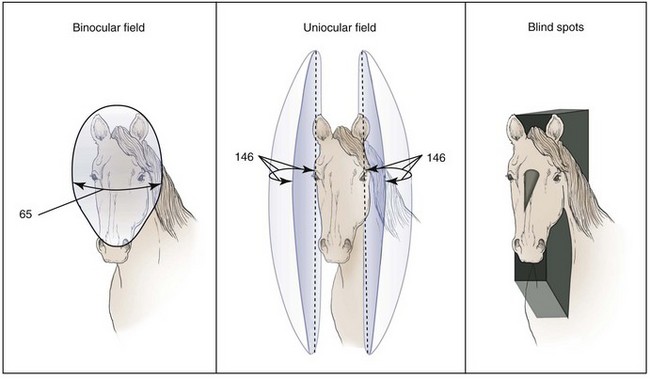 Horses, which are the epitome of ridable animals, have 146 degree of monocular vision on each eye, and just 65 degrees of binocular vision. They look well on their sides while they move forward. 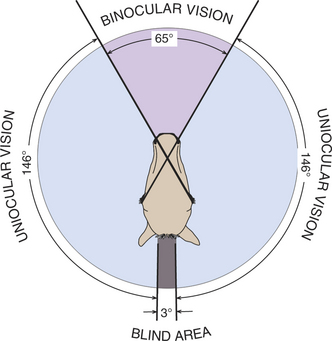 And the first reaction to a stimulus like the one given by reins is to move away from it, so I don't see how reins can be ineffective.

Alternatively, you can use stroke on the neck to give the direction to the ride.

As you would do with a hand glider, by shifting your weight. The rider wants to dive? They lean forward, then backward to stop the dive or to go up. Slightly leaning on a side will push the animal to turn. Thus the rein can be used to keep the balance or few extra commands like telling the animal to land.

For any vehicle moving in 3 dimensions, you need to control the roll, pitch, and yaw

For a flying animal, I'm thinking reins to control the direction similar to the style of a Two-line sports Kite.

The driver will have two sets of reins. one in each hand.

Each set of reins (left set/right set) is connected to something like the handle from a U-Controled model airplane. Think of it as a stick that you hold in the middle with one line at the top of the stick and one line on bottom.

From the side, you'll see the reins connected off center to the bit. one is connected above the bit while the other is connected below the bit. pulling on the correct ones evenly (both up or both down) will give you pitch control (up/down).

Pulling evenly on one of the sets of reins (left or right) will give you yaw control (left/right) like a horse.

Pulling unevenly on both sets of reins, maybe even a twist, will give you the role control of the animal. (basically, you want the head to twist)

As a General Rule, You Ride and Animal, you do not Pilot it

Piloting is a system where by you have direct control over a vehicle. Riding is different, this is where you are on an animal that has free will, and you are communicating to it what you want it to do... and it then chooses whether or not to listen. So, reigns do not make a horse do anything, they are just used as a tool to signal to the horse what you want it to do. If a flying creature were similarly intelligent, it could be taught to respond to these cues the same regardless of whether you are actually changing the direction of the animal's head... but this is not a question about "riding" a flying animal, this is a question about "piloting" one.

This is Where Biorobotics Comes In

To truly "piolet" an animal, you must first turn it into a bio-robot. Bio robots are animals that have been fitted with remote control devices that over-ride its natural free will giving the operator direct control over its locomotion. Actual flying animals that have been piloted before include cockroaches, beetles, and pigeons.

it has to be a method that doesn't use magic, so even those who don't have magic can pilot a flying animal.

It's not magic, it's science... though I understand if you are going for a typical fantasy setting that this much science may not be allowed. The good news is that Clarke's 3rd Law also works in reverse in that any advanced technology can also be explained my magic. Just like you don't need to be an engineer to pilot a plane, you do not need to be a wizard to piolet an animal that has been subjugated by magic... as long as the wizard creates a usable User Interface.

You could have a wizard implant magical devices that emit a slight electrical current when touched into a dragon's brain such that you have "buttons" on the back of its head that a non-magic user could press to stimulate the dragon into turning in various directions.

As has been mentioned, training would most likely be trivial if the animal were as intelligent as say a dog, cat or horse. If not, I could imagine something akin to the methods the Fremen used in Frank Herbert's Dune series.

In the stories, there are people called the Fremen who ride giant sand worms that typical travel below the surface. They use a device to attract the worm to the surface, and then lodge a "hook" under one of it's scales. It doesn't hurt the worm much as such, but the worm turns the to lift the scale up away from the abrasive sand. That has two effects; it pulls the Fremen up to the top of the worm, and prevents it from submerging due to the irritation the sand would create.

Your flying animals could possible be used in a similar way, depending on their anatomy. Perhaps they have sensitive places on their bodies that could cause them to turn when mildly irritated, and in time they could learn to do this with only a mild tug so as to prevent that. Even something like a long stick designed to tickle something like whiskers, causing them to turn their head and by reflex it makes them turn.

Alternatively something attached to a far wing joint or tip, so leverage could be used to pull the wing up and down. Even a small movement should produce a dramatic change in direction; notice how little an aircraft's ailerons move to make it bank. I could imagine an elaborately constructed "saddle" complete with levers and pulleys with multiple thin ropes and wires designed to produce subtle movements in direction. The wires could be contained in a spring-loaded device that retracts when the animal lands or draws the wings inward.

Perhaps skilled craftsmen could create super strong "mithril" or "adamantite" flying rigs custom made for your animal, decorated with ornate gold or gems, a sign of the prestige or status of the rider. 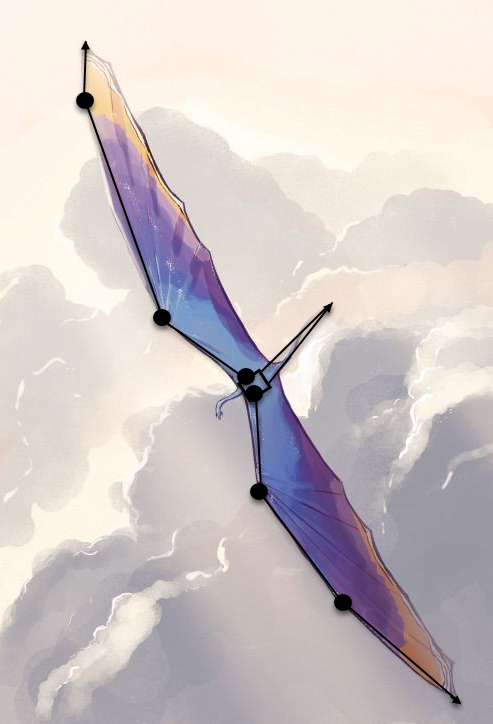 Not the answer you're looking for? Browse other questions tagged flight .