Evolved from fleas, 'bluejumpers' can detect frequenties around 2.4 GHz, which makes them sensitive to bluetooth devices. A neat trick to find hairy victims that are using smart wearables. Their sense is so acute that they can estimate whether they can make the jump, based on the signal strength. Incredible and itchy! 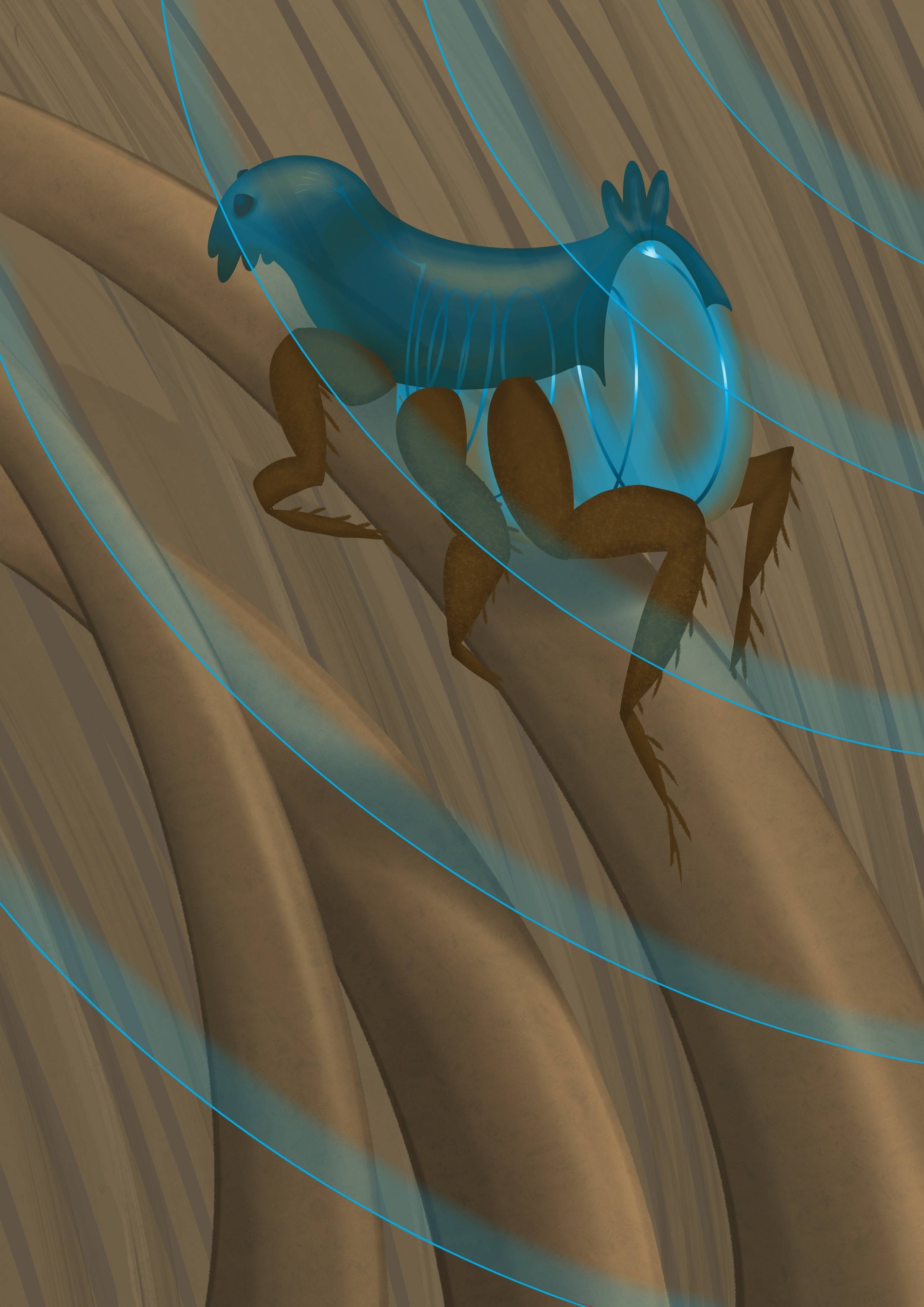 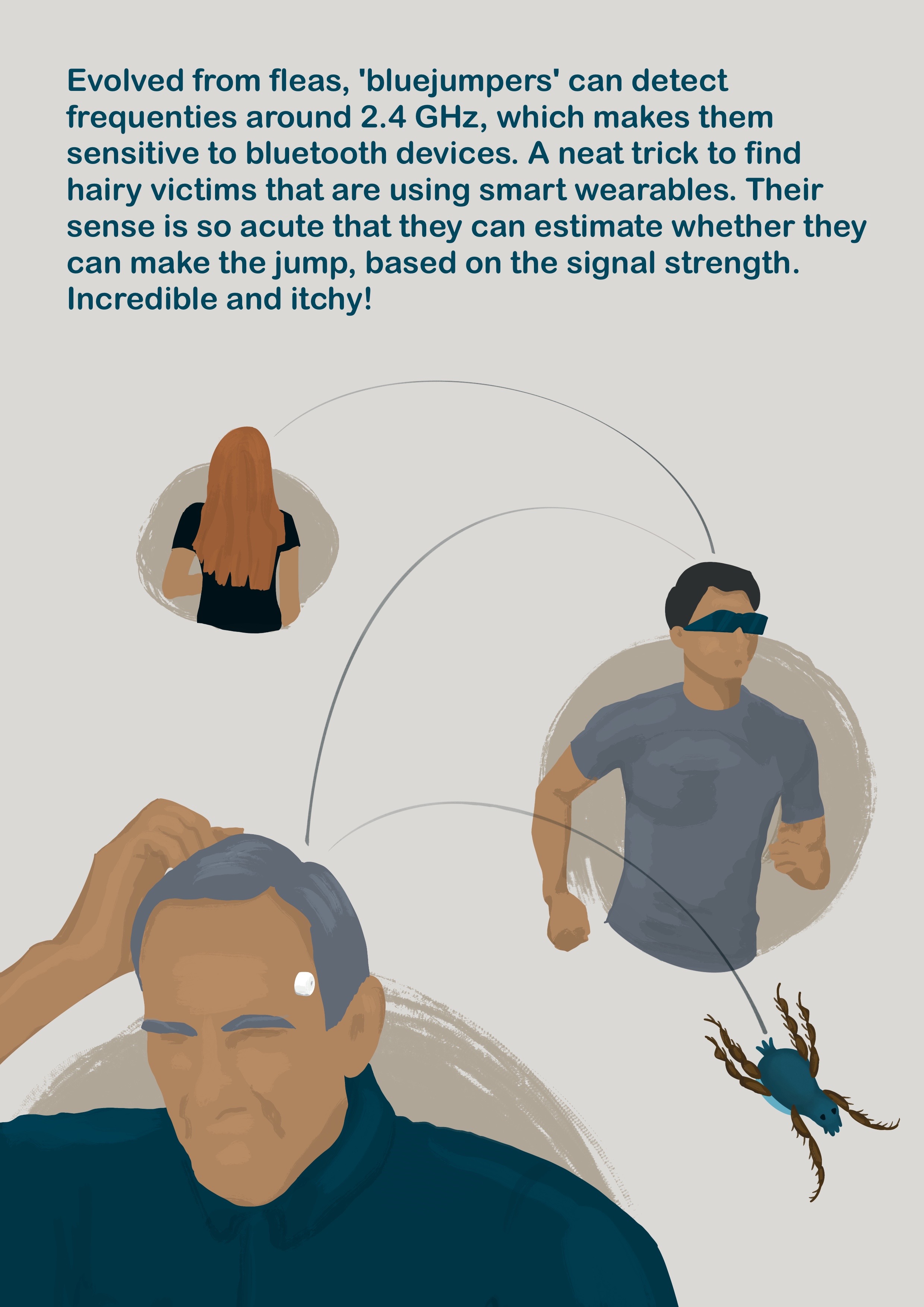 Although I don't know of any existing organism that can do this, I found an article about research being done to this effect, so some scientists at least believe it may be possible.

Deheyn thinks it’s possible that microtubules – molecular units that control cilia to make them extend, shrink, or bend – form an electromagnetic dipole that is emitting or receiving electromagnetic signals. Essentially, the cells inside brittle stars might be covered in tiny radio antennae.

Investigating this idea will be one of several experiments Deheyn and his collaborators will undertake under the umbrella of the DARPA RadioBio program. They will test organisms into electromagnetically isolated facilities and measure whether they can detect biological RF emissions, and expose them to RF to see if it affects their behavior.

“For example, we will be working on exposing brittle stars to electromagnetic fields to see if we can trigger light from those cells just by exposing them to a range of electromagnetic fields,” Deheyn said. “This would demonstrate that these cells can actually respond to the signal and would be the first evidence that these signals could be biologically relevant, if they respond to a specific frequency.”

The experiments will take place in the Electro-Magnetic Research Facility at Scripps, which was developed by co-principal investigator Kalmijn in 1990, with funds from the Keck Foundation and the Office of Naval Research. The facility operates like an underground aquarium in which the electromagnetic field can be precisely controlled. Some measurements will also be done in the laboratory of Sievenpiper, where electromagnetically isolated chambers are used to investigate cell phone antenna technology.

Not the answer you're looking for? Browse other questions tagged science-based creature-design far-future insects .

10
Could insects evolve that could create a hole in a stone wall within a day?
2
How would magic controlled insects go about repairing a magical scarf?
7
What natural factors could possibly push a species of eusocial insects to become intelligent?
19
Could flying insects re-enter the Earth's atmosphere from space without burning up?
8
Can insects evolve their basic anatomy to grow in size?
8
Genetically engineered bionically enhanced insects in lieu of robots
15
Maintaining realism while having giant insects?
2
How would warm-blooded insects work?
3
How arthropods could evolve an endoskeleton?
4
How arthropods could evolve a placoderm-like skeleton (semi-exoskeleton)?