What are good structural and energy-storage molecules that don't release gas when synthesized?

Nicar is a carbon world (formed from a protoplanetary disk with more carbon than oxygen, so water is geologically unstable and the chemical environment is strongly reducing) with ammonia oceans and lots of atmospheric methane.

If it were bigger, it would be a perfect world for hydrogen breathers with ammonia-solvent biochemistry. But... it's too small to retain hydrogen. Like Mars, it will lose hydrogen over time, reducing the size of its oceans and making it less habitable. Unlike Mars, however, it can never develop an oxidizing environment, but it can develop a layer of less-hydrogenated, low-weight hydrocarbons, like propane and butane, that float on ammonia and retard further evaporation.

But if life keeps doing the obvious thing, and tearing apart ammonia and methane for building blocks, releasing excess hydrogen into the atmosphere, eventually everything will dry up and the world will die, just like Mars. So, given access to liquid ammonia and propane/butane, what are reasonable reactions that life could use to construct energy-storage molecules (like sugars) and structural molecules (like lipids and polysaccharides) which will not result in releasing excess hydrogen?

From The Power of Hydrides 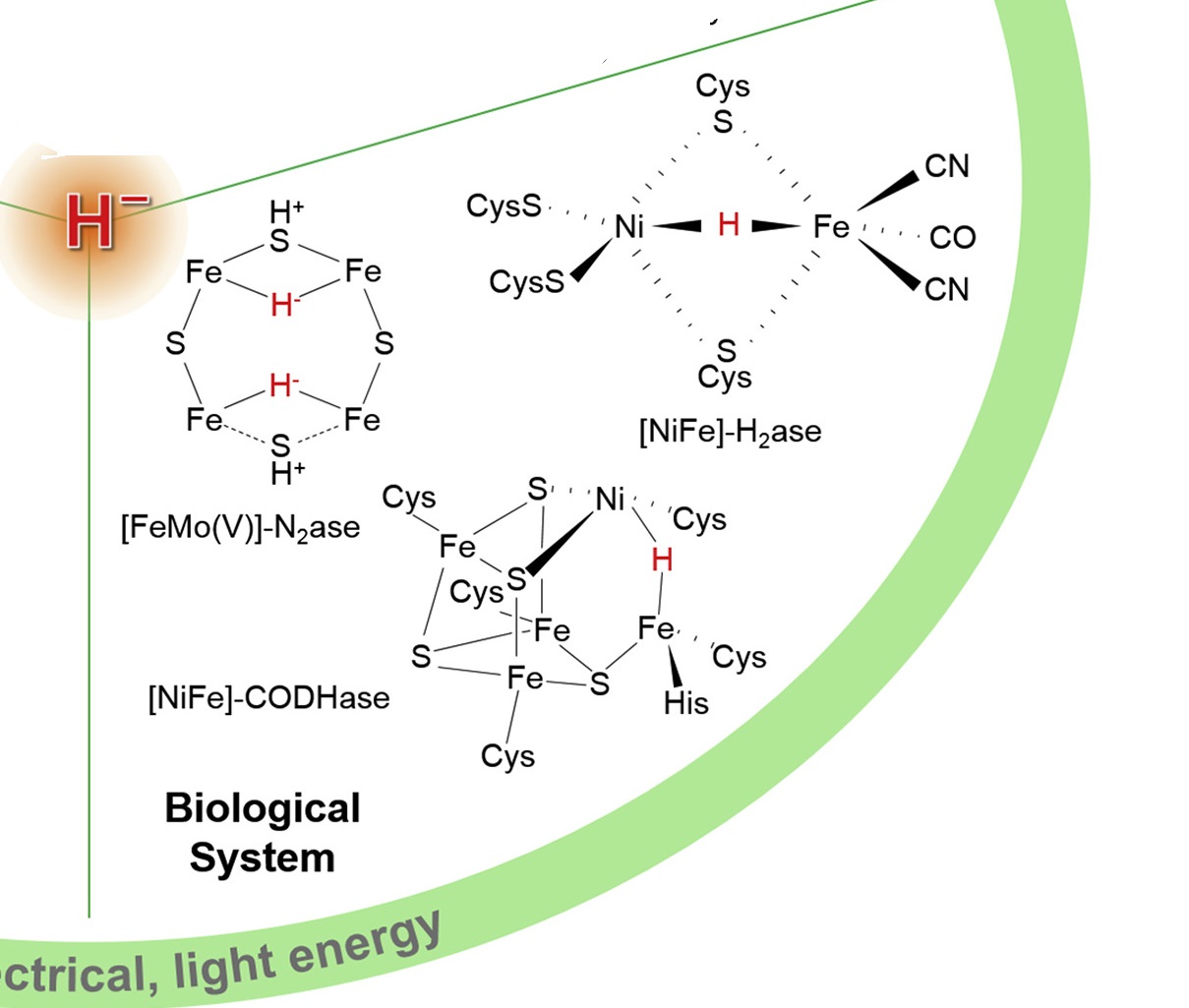 I like that Iron's awkward cousin Nickel gets invited to this party. I here assert that Nickel is the Ni in NiCar.

A molecule of hemoglobin can pick up and drop off an oxygen many thousands of time over its working life. So too the valuable hydrogen used to power your creatures - in their circumstance arguably more valuable than freely available oxygen is to us.

Metal hydrides mostly get press lately because of interest in hydrogen-based energy systems, fuel cells and the like. But metal hydrides could work in your creature too.

If you are more interested in long term storage than in short term fungible hydrogen then you could just use long alkanes. You can make them out of methane, you get 2 hydrogens bonded for every carbon, and it is easy to desaturate the chain, breaking off a hydrogen and leaving a carbon-carbon double bond. Not as exotic as sweet heme ring analogs but it would do the job with the materials you have it your world.

I don't know why it took me this long to realize the answer, but it turns out I need to frame challenge myself:

When hydrogen is lost to space, there will be nitrogen left behind in the atmosphere

As a result, it doesn't actually matter if the reaction cycle that photosynthesizers use to produce carbohydrate-analogs releases hydrogen--because any hydrogen produced low to the ground can be immediately consumed, by the same organism or by others, to produce more ammonia, which life is incentivized to do because that reaction actually releases energy! Not a ton of energy, but enough to be of interest to anaerobic microbes.

As a result, supposing we use a direct glucose analog replacing all the oxygens with NH groups, the net equilibrium equation will end up looking something like this:

Or probably a mixture of those and a few other similar equations.

Anyway, the end result is that energy is not, ultimately, stored in the biosphere through dehydrogenation, as it would be on a regular hydrogen-breathing world; rather, energy is stored, and structure built, by incorporating nitrogen, and energy is released by freeing nitrogen--in the process, some hydrogens get shuffled around between hydrocarbons and ammonia (and hydrocarbon amines), but it's really the nitrogen which is driving the energy metabolism.

7
Transporting water in liquid methane
9
Plausibility/mechanisms for biogenic silica on a terrestrial planet with a reducing atmosphere
5
Ammonia planet- atmosphere
9
What could be used as an alternative to ATP in boron based biochemistry?
11
Would A Biological "Cold Haber" Process Deplete an H2/N2 World of its H2 or N2?
6
Where to begin when designing functioning alternative biochemistry for alien organisms in non-earthlike conditions?
6
Energetics in a reducing atmosphere
5
Biochemistry of the Cannonball world
2
silicon based chemosynthesis?
3
Minimal-Hydrogen Carbon-Based Biochemistry in a Hydrogen-Free, Non-Oxygen-Reactive, Non-Oxidising solvent (Such as Liquid CO2)