What would cause a moon to not orbit around the center of the planet that has it as its satellite?

There is no world or setting attached to this question but it does have me curious and might be useful for those who do actually want to build a world with this as a feature. Imagine a luna-like moon that orbits an earth-like planet but the moon does not orbit around the center of the planet, instead it orbits around the planet like how a marble might roll around a tennis ball on a flat floor. Its orbital ring is offset to be flatter and nearer to the 'floor' of the solar system but still orbits the planet that has it as a satellite.

What would cause a moon to orbit a planet like this?

I found a few possible causes for decentered, and even non-elliptic paths for moons,

In any case, a decentered orbit is temporary. All orbits around a single center of gravity become elliptical and centered in due time.

A planet is defined as a body under hydrostatic equilibrium. In that condition, its center of mass will overlap with its geometrical center. 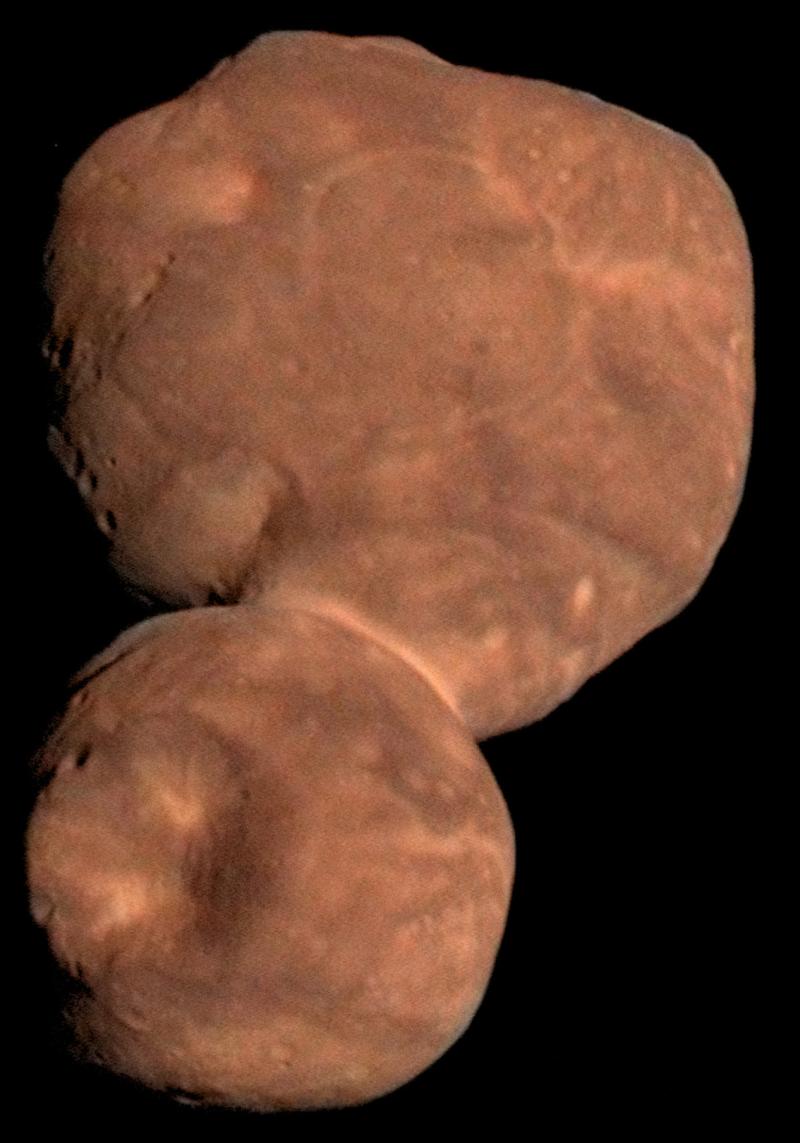 orbited by a body with an even lower mass.

In the configuration shown in the picture, if the biggest clump of the potatoid is also more massive, the center of mass will be located somewhere there, and the orbits would revolve around it, away from the geometrical center.

Not the answer you're looking for? Browse other questions tagged physics moons orbital-mechanics .

2
How would three moons that were equally separated effect the planet?
4
What would be the effects of an Earth-like planet with a longer year and longer lunar orbit?
11
What is the maximum orbital time for my moon around my planet?
7
Determining this horseshoe/co-orbital moon's possible orbital periods
6
Independently Tidelocked Moon?
0
What would the moon look like if its orbit was highly inclined?
4
What would happen to the moon if Earth shattered?
4
Two large moons in horseshoe orbit possible? What effect on humanlike life?