What kind of weathering on which kind of stones would produce fantasy style rock formations?

What kind of natural or artificial weathering would have to go on to produce fantasy-like formations, what kind of geography and geology would have to be going on? I'm talking about formations like a terraced mountain that eventually forms a peak, small plateaus on thin rock legs, slanted ridges that point upwards, etc.

To get such "suspended and uplifting" rock formations you need:

I can see a few ways to create this kind of forms (repeated warning: did I mention the huge amount of handwaving required?).

A special kind of volcano, which sometimes ejects easy to erode materials (ashes/tuff) and other times hard rock lava on top of them. It's rare on Earth and it doesn't look as good as you'd like for a fantasy-style setup, here's the Strawberry Volcanics as an example (sourced from "The Strawberry Volcanics: Generation of 'orogenic' andesites from tholeiite...[etc]" Arron Steiner & Martin J Streck - doi:10.1144/SP385.12) 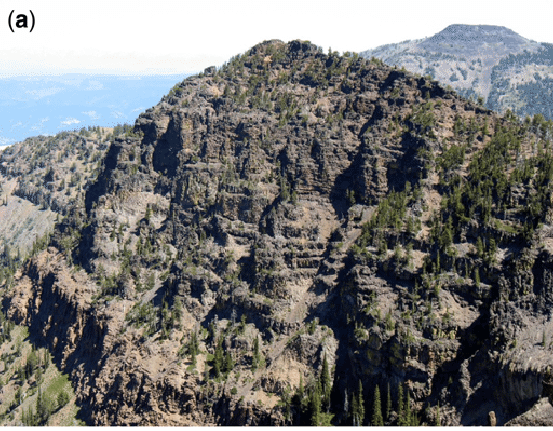 And here's a closer image sourced from the same 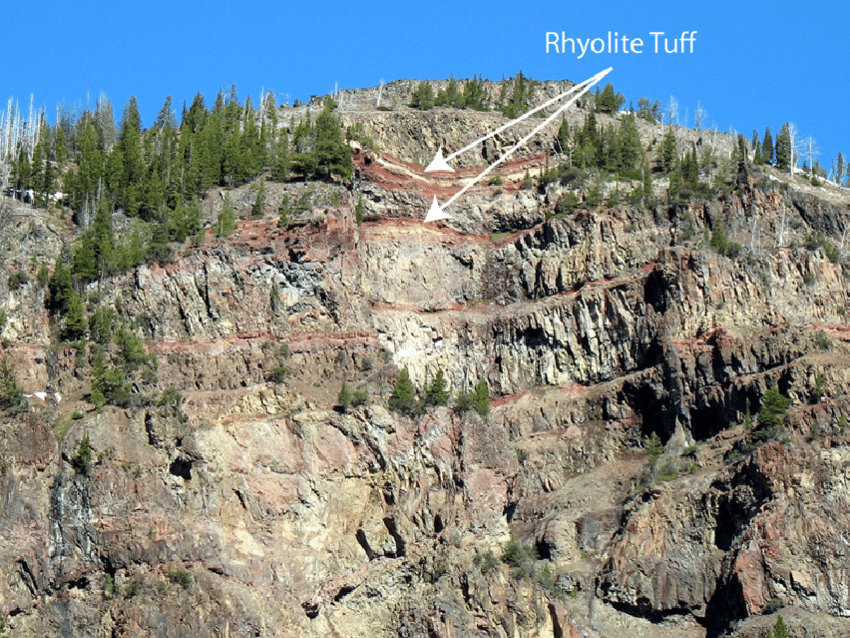 Now that formation has thin tuff strata (and you'll need them thick) and sorta flat (and you need them varied, with columns, feet and slanted platforms leaning upward).

So you'll need to handwave:

Repeat the cycle a number of times with care and you may end with what you want.

A geology and biology shaping the underground that gets exposed from erosion later. I offer you "the fossil forest" near the Portland, Victoria, Australia.

Which is *absolutely not an actual fossil forest. The tubes were created by the root of the plant penetrating a strongly mineralized layer, which created channels in which the minerals on top slowly percolated into the soft sediments below and created those hollow cylinders (the so called solution pipes - PDF warning - have a look on the figure 11 at PDF page 8 for something that shows columns).

There are quite a number of competing explanations for the formation of those specific structures.

Read more about different methods of differential mineralisation and handwave some dynamic processes that can get what you want.
E.g. you may postulate some intermittent mud volcanoes to provide additional minerals in layers and/or around different trees or other shapes that were created in between eruptions. 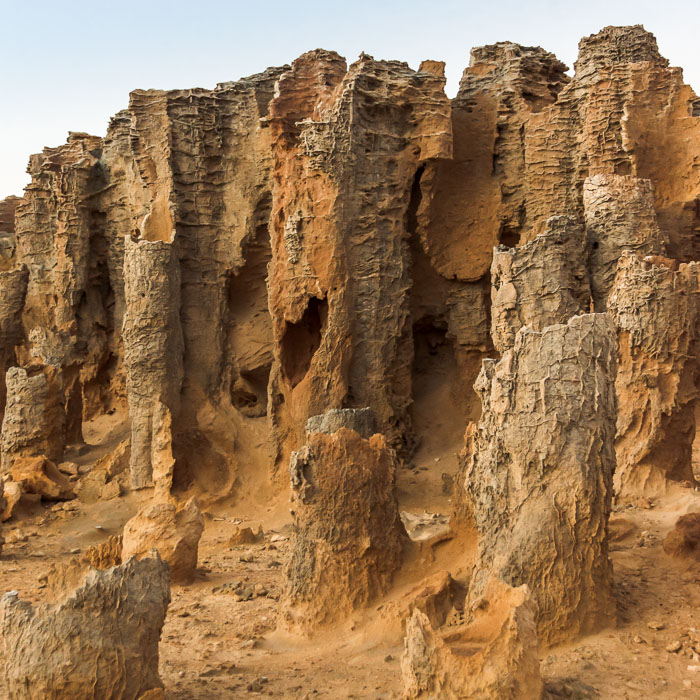 speaking of spectacular formations in limestone

(I have a weakness for islands, does it show?)

There are a number of problems with those, as they are created mainly under water by marine organisms that can afford to "go high" because floating in water is so much easier than in air. As such, handwave as you see fit because:

Nevertheless, a special mention goes here to stromatolits, with some showing quite towering silhouettes in a... what do you know?... a mountain lake that can be drained with vigorous enough handwaving.

Not the answer you're looking for? Browse other questions tagged science-based geology .

26
What could cause rock formations (small stones, boulders, islands...) to levitate?
6
Biological and ecological considerations for a giant worm
7
Would the rock formations in the giant's causeway scale?
1
What kind of gas would allow a rock to float? And what kind of rock would it be?
5
Methods to Stabilize Geology in Large Artificial Space Environments
22
Is this coral lagoon geologically possible?
18
Ringstadt: How sensible is my topography?
3
What kinds of rock formations might hint at terraformed mountains?