Explaining Chasers as a Evolutionary Stage of a Caterpillar

I recently discovered Chasers (described here) are basically impossible as a form of giant caterpillar, since caterpillars are a larval stage and need to store energy for metamorphosis. However, if that's the case, why can't we have Chasers as an evolutionary stage?

My only problem is that it will take a rather extreme set of conditions to make a sleek, speedy, monster with an aerodynamic profile and elongated legs. Basically a butterfly, but adapted to a terrestrial, hunting lifestyle. My question is, under what conditions would a giant caterpillar evolve into a Chaser instead of a butterfly?

Please assume that aside from the gigantism, these caterpillars are normal and follow the rules of natural selection and evolution.

It's not about wasting energy but about efficiency.

Larger animals are counterintuitively more efficient than smaller ones. Larger animals need more food, but as in most things the square-cube-law comes into play. Thermoregulation is a problem for smaller creatures, while larger ones are so resistant they actually save energy. Because of this, smaller animals have high metabolisms and eat multiple times their body weight, while larger ones eat comparatively less and have slower metabolisms. Here's a kurzgesagt video that explains this in greater detail. 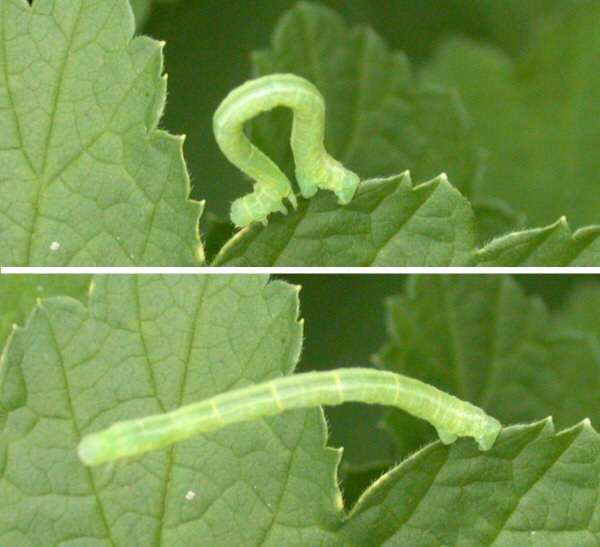 Consider the effort it takes for a tiny person to walk a few feet forward. A larger person walks that distances in just a few steps. Being larger and having longer legs makes locomotion that much more efficient. So Chaser Caterpillars aren't trying to be fast, their trying to be efficient.

How do ordinary caterpillars move? They make a waving motion with their body to move forward, grabbing on a substrate with their six legs and fake legs. This is not very efficient and is comparable in speed to a snail or earth worm.

Because Chasers are so large they can outrun their prey in a contest of stamina, not speed.

Being big means Giant Caterpillars will have a hard time being stealthy. If they are, they must be extremely specialised in camouflage. Moving also makes a lot of noise, especially for such large creatures. So ambushing is not a Chasers forte. However why hide when you can spook any animal that notices you and start chasing them. The animal tries its hardest to get out of reach, wasting a lot of energy. The Chaser covers that same distance in fewer strides and catches up. This continues until its prey is too exhausted or gets cornered.

I'm being open to your original goal, which is to explain a giant caterpillar as a developmental step in a species. So rather that an in-between step, why not simply an alternate end? I think this is close to what you were seeking in the original question, but also meets this question's needs.

Like the neotene Tiger salamander, which can have an aquatic axolotl-like adult version if terrestrial conditions are poor, Your chasers are not an intermediate step of development, but an alternate end-point taking advantage of differing environmental conditions to survive and exploit differing conditions.

I am not entirely sure what the ideal goal end-adult is for your species - a giant terrestrial non-flying butterfly, or an actual giant butterfly. But for our purposes, it doesn't matter, as long as the chaser and traditional adult have different food sources and environmental niches. If, for example, a larval caterpillar is more omnivorous, consuming all food in the environment, while the butterfly form is dependent on following herd animals seasonally, failure of the herds to arrive in time could cause the larval form to become the chaser form; fast, able to prey on different prey or supplement with plants, but perhaps unable to undergo the long migrations normal for the butterfly form.

Or perhaps your butterfly form is dependent on the emergence of giant flowers. Only you know your ecosystem. But the chaser is simply a response to a variation in conditions that lets an otherwise niche-limited species survive change and adversity.

Not the answer you're looking for? Browse other questions tagged biology low-fantasy .