Biochemistry of the Cannonball world

In his classic book World-Building, Stephen Gillett briefly describes a proposal for a "Cannonball" world, depleted in volatiles and with a large amount of surface iron, with life based on iron (and a little nickel) carbonyl as a solvent. These are both soluble in a variety of polar and non-polar organic solvents, so I presume the reverse would also be true, they support a wide variety of replacement reactions that add different functional groups to the metal ion base, and they can form coordination polymers with 1d, 2d, and 3d structures--so, there is certainly plenty of interesting macromolecular chemistry available to make life not merely dissolved in, but structurally based on, metal carbonyls plausible enough for sci-fi.

He even gives a very basic overview of a possible energetic cycle, with consumers reacting CO (possibly acquired by carbonyl decomposition) to produce carbon and CO2, and autotrophs using free carbon and CO2 to regenerate CO and stabilize metal carbonyls. Free carbon, however, is not particularly easy to work with or bioavailable! It's basically not soluble in anything.

So, this metabolic cycle needs some fleshing out! What else could be done with that carbon to keep it in the biosphere, or what other energy reactions could be used, in the biochemistry of a Cannonball world?

Keep in mind that there is no free oxygen available (any that is produced will be soaked up by the crustal iron) and no environmental water (again, destroyed by iron). Any atmosphere would be some combination of CO, CO2, nitrogen, carbonyl vapor, and smaller quantities of methane, ammonia, hydrogen sulfide, and hydrogen cyanide (which provide the only sources of hydrogen for this biosphere)--unless biology produces something more exotic!

Another key element in Earth’s core is sulfur—in fact 90% of the sulfur on Earth is found in the core. The confirmed discovery of such vast amounts of sulfur helped explain a geologic mystery: If the core was primarily NiFe, why wasn’t it heavier? Geoscientists speculated that lighter elements such as oxygen or silicon might have been present. The abundance of sulfur, another relatively light element, explained the conundrum.

The cannonball world will have sulfur and probably more of that than oxygen. An energy cycle with parallels on earth could oxidize iron sulfide (FeS) to iron oxide, with autotrophs reclaiming and saving the oxygen and regenerating the sulfide. That is not so esoteric.

Sulfur can pinch hit for iron and in an enviroment where oxygen atoms are valuable energy currency, the organisms would do more with sulfur. Sulfur is capable of a lot more molecular versatility than has taken place in earth biological systems. 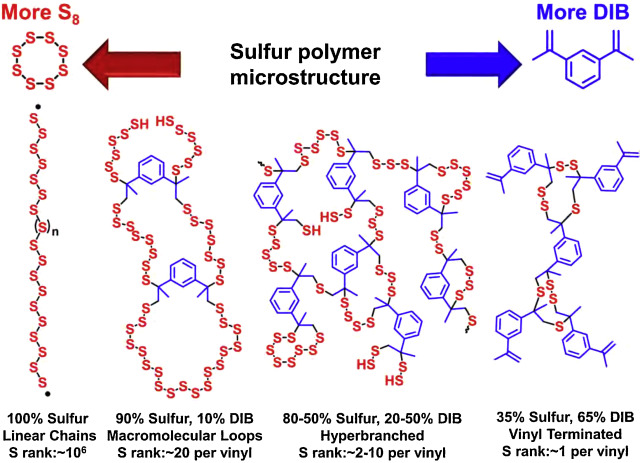 Sulfur seems to be the key, though not quite in the way Willk has suggested.

However, carbon monosulfide (CS) and thioformaldehyde (H2CS) are both very happy to form polymers and metal complexes--perfect for a biochemical system which is largely based on metal-containing coordination polymers anyway!

That means that, if there is hydrogen sulfide available to breathe in from the environment, not only could excess carbon from the 2CO -> C + CO2 reaction be retained in a bioavailable form by reaction with said hydrogen sulfide, but there is actually a reason for single-celled organisms to do so, rather than just accumulating waste carbon crystals. Thus, there is a plausible scenario for multi-cellular organisms to evolve that have the ability to excrete waste carbon in a bio-available form.

H2S is very susceptible to photodissociation, so ideally we need a low-UV environment--but so is Fe(CO)5 and CO (which really wants to become CO2 and carbon), so that's not really new. We'll want lots of nitrogen in the atmosphere, and a cooler star than our Sun would be ideal--something in the K-class range, so we don't have to deal with M-dwarf flare activity.

There may or may not actually be free CO in the air; if there is, "animals" would not have to actually eat for energy--just breathe, and eat for body materials. If there isn't, then CO would come from the partial breakdown of iron carbonyl--which needs to happen to build iron-based organometallic coordination polymers anyway! This is kind of the opposite of the Earthling water cycle, in which water is destroyed by plants to build sugars and regenerated by animals. Animals would then breathe in H2S, breathe out CO2, and incorporate thioformaldehyde units into their structure just like Fe(CO) units. Weirdly enough, H2S ends up playing a practical role similar to oxygen for Earth animals, even though it doesn't really contribute much to energy production--nevertheless, if animals are deprived of it, they will die, not because they can't produce energy in their cells, but because producing energy will result in the accumulation of waste carbon crystals, which will eventually disrupt cells just like unmanaged ice crystals kill Earthling cells.

Just like Earth plants have the side effect of slowly destroying water while they produce O2, and thus would rely on animals to replace water if it weren't so freaking abundant on Earth, animals on this world will destroy their Fe(CO)5 solvent with their metabolism, and we need some solid reason for plants to regenerate both CO (and probably full Fe(CO)5 units) and H2S in order to close the cycle. Anything that lives in an ocean or lake of iron carbonyl would have no reason to do so, which means that we can expect early life to eventually outstrip geological production of CO and iron carbonyl, producing a parallel to Earth's oxygen catastrophe, and putting the Cannonball World in a similar situation to a Formamide World (although for different reasons), where plants have to produce their own biosolvent internally.

The close of the cycle, then, will end up coming from plants which colonize the dry land, extracting CO2 from the atmosphere, and extracting iron ions and excess carbon from the soil left behind by retreating oceans along with sulfur, or from the atmosphere in the form of methane--and, if it doesn't come from the soil as well, getting extra hydrogen from methane and ammonia. (Why would we need excess hydrogen? Because, if we're extracting carbon from sulfur-bearing soil molecules, excess hydrogen allows disposing of leftover sulfur in gaseous form, avoiding the accumulation of sulfur crystals in multicellular plant bodies.)

CO2 fixation proceeds, not by binding it with hydrogen as on Earth, but by splitting off the oxygen and binding it to more carbon! Using hydrogen as an intermediate step to break off the oxygen, producing water as a side effect, may occur just as it does on Earth. And a few water molecules are a nice thing to have around, even if they aren't part of your biosolvent, as they are conveniently reactive. I can think of no good reason to produce excess gaseous CO, though... so I guess the equilibrium atmosphere won't contain any after all!

Incidentally, carbon may also be retained by reaction with ammonia to produce cyanide groups, which are also useful is organometallic chemistry. But atmospheric ammonia is not compatible with CO2 (they react to form solid ammonium carbamate), so animals in an equilibrium biosphere can't breathe it!

Once the seas are completely consumed by heterotrophic life, and the ecosystem enters an equilibrium between autotrophs and heterotrophs, we'll have a dry world in which:

Autotrophs consume organometallic materials from the ground, and CO2 from the air, and produce iron carbonyl, hydrogen sulfide, maybe carbon disulfide gas, and some ammonia and hydrogen cyanide, while...

Heterotrophs consume iron carbonyl from plants as both a biosolvent and an energy source, inhale hydrogen sulfide and ammonia, exhale CO2, and excrete excess complex organometallics (just like we excrete urea).

Unlike Earthling desert animals, Cannonball animals won't be able to generate excess biosolvent as a side-effect of respiration--they'll use it up, instead! And all plants will effectively be desert plants, designed to retain their volatile biosolvent as much as possible.

Since methane is a convenient source of bioavailable carbon, and there's no good reason to regenerate it on a large scale in a hydrogen-poor environment, I expect the final equilibrium atmosphere to end up composed of some mixture of nitrogen, carbon dioxide, hydrogen sulfide, and hydrogen cyanide, probably with some trace amounts of carbon disulfide and escaped iron carbonyl, and tiny quantities of COS and CO produced by lightning and geological processes.

8
Ecology with methanogenic respiration
6
Exploring a world with chiral biochemistry: chirality detection
6
Where to begin when designing functioning alternative biochemistry for alien organisms in non-earthlike conditions?
4
What would a carbon-based organism encounter deep in Saturn?
2
How to make humans compatible with a high pressure CO2 atmosphere?
3
Scientific explanation for rainbow fire or sparks from a biological entity
2
Biosolvents for Life
2
Biochemistry of a sulfuric acid world?
5
Acetylene and Methane biology questions
5
Superactinide Incorporating Biochemistry