I'm making a fairly hard Sci-Fi story, and I was wondering what the most scientifically plausible Hardlight-based 'energy-shield' (for ships and stations) would be. My world tries to remain true to basic physics, but I'm not researching every law and limit to get it perfect. If it's not possible by our current understanding of physics, what should I change to minimize the number or obviousness of the flaws in its plausibility?

Abilities of the Energy Shield:

"Hard-light" is a PR stunt/technobabble, done with the intention of attracting attention from the illiterate in the topic of the research. The paper you reference deals with photon dissipation in a optical lattices.

Within the physics of our universe (or at lease what I've learnt of them so far) solidifying light doesn't make sense. If you think light as a wave, that definitely doesn't make sense (it would be like have a piece of solid sound), or if you think of it as a particle then the only force that can hold it together is gravity, and you get a black hole.

So the only way you could have a shield made of light only is to have a black hole, and it would not reflect projectiles only adsorb them. to form this in to a shield the black hole would have to be bent into a bubble, with a pocket of normal space (low curvature and tidal effects) on the inside. It would form an impenetrable shield around what it encircled, unfortunately that means that there is no way to see out.

If you are after more sci-fi type of shield you could have some type of system that cam manipulate energy/mass (and also negative energy and mass) so that the gravitational potential energy is a lot higher in the centre, this would push object away from the centre, as the gravitation force points to the regions of lower gravitational energy. It would have to have a area in the middle that has no gravitational field, so that it doesn't push the ship/station out of the shield. 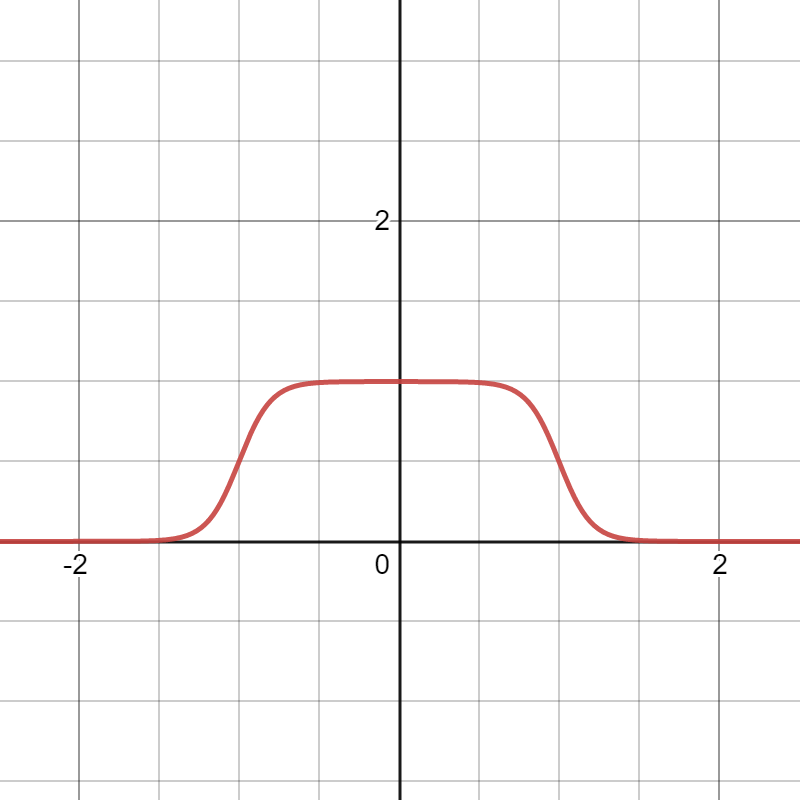 This type of shield would reflect particles that have insufficient energy to get into the shield and if the potential energy is high enough it could reflect light and would look like mirrored ball. possibly like that shown below, but would only be when they where shielding against light. 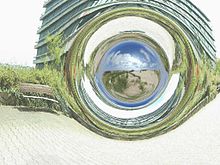 (please not this would be an approximation to the space-time distortions required to produce the same effects, but potentials are a lot simpler to work with)

Energy shields are not feasible with our current understanding.

If you want protection against lasers then I'd suggest a dust cloud of charged particles suspended by a magnetic field. And protection from incoming projectiles would be handled by point defence cannons.

If you desire to only have passive defensive systems then you would put your bulk cargo and fuel tanks as a shell around your inner liveable core.

Have you considered making armor from a levitating field of metal particles?

Using magnetism and pulsed lasers and such, you could hold a field of metal particles around the ship.

These can deflect projectiles and block light, and be reformed at will. They would glow, so they would be like light, and metal particles are normal under the laws of physics. They are not gonna deflect anything since they can't move that fast, but they could deflect railgun bullets enough to keep them from expending most of their motion on the ship.

Hard light, as others have noted, is soft science silliness. Forcefields aren't real. Photons don't block other photons or matter.

Within your shield, time slows to a crawl. It is because the field is actually moving very fast relative to the thing carrying the shield. The solid light piece is because photons are trapped within the field. The shine is because the photons are still moving, slowly, and some of them slowly leak out at the edges. At the factory they shine some light on it so that it has that solid light look even when brand new. If the field intercepts a beam weapon it will be a lot brighter because there are more photons in there.

Projectiles are for all purposes in there for good although they too are still moving very slowly.

What exactly becomes of an item which is poked into the time dilation field? That is a good matter for your fiction to explore.

Despite what the other answers claim, such a device already exists and is in use for a very specific reason - welding. It is known as a "Plasma Window" and you can find more information about it here. They are quite astonishing things, and are able to block matter from flowing through them. In fact, one thing they are used for is to maintain vacuum on one side and atmosphere on the other.

At current, plasma windows are very small (like on the order of 1cm), must be contained within a structure like a cylinder (this is due to how to confinement works, in which magnetic fields constrain the plasma and in so doing increase its viscosity), and would require and absolutely tremendous amount of energy to scale up. However, it seems to be a lot like what you are looking for.

Okay, so from what I would figure, based on our current understanding, the energy densities needed to achieve something like this are insane. Like on the upper end of what our best particle colliders can do right now, and then extrapolate that to being applied over an area, and sustained. It's just so far out of what we can achieve, there's hardly any real research on such possibilities.

Now if you have space-time warping tech, the rules change, but I'm not about to start hypothesizing on that. This is likely the key technology that would make it possible. If you have warp drives, then maybe energy shields are a possibility.

In all honesty, based on extrapolating our current tech and understanding of science, it would likely be less energy intensive to literally use lasers to vaporize the incoming projectiles. I'm not kidding.

I know it's a non-answer, but this is all I can tell you with what I know. That's just my two cents.

Not the answer you're looking for? Browse other questions tagged science-based technology science-fiction spaceships .