How might parrot's feet change if they adapted for semi-aquatic life?

I'm creating a fairly whimsical kid's fantasy world, so I don't need 100% accuracy- however, one of the major themes is respect for the environment (and spec evolution is a big interest of mine) so I like to make sure the creatures seem like they could potentially exist & have a natural history in an interconnected ecosystem, even if they're much sillier than actual hard sci-fi spec evo would be. Think, like, more grounded than moomins or pokemon but less grounded than any sci fi or fantasy media for adults.

In this world, there was a sudden, catastrophic, worldwide flood that wiped out most fully terrestrial and freshwater life. Many birds survived the initial flood because they could fly, but a lot of their old niches weren't viable anymore so the ones that wanted to survive longer had to adapt. Parrots, in the absence of fruits, nuts and seeds that their beaks evolved for, started foraging at newly-formed coastlines for small shellfish and invertebrates, eventually growing larger and becoming semi-aquatic flightless predators, somewhat like penguins.

My question is: parrot feet are heavily specialized for grasping branches. Many birds have three toes pointing forwards and one backwards. Parrots instead have two forward toes and two backward toes. 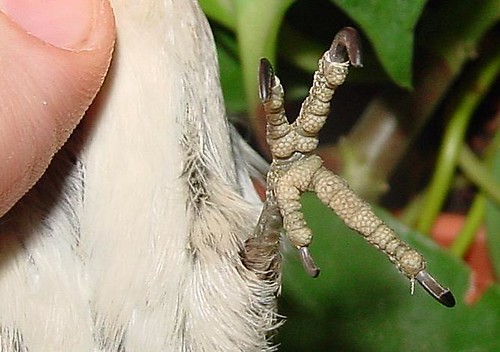 I know evolution finds it 'easier' to adapt already existing structures into new ones, rather than like, go back to a non-specialized foot and then re-adapt into a differently specialized foot. How might a a parrot's foot as-is change to suit an aquatic/semi-aquatic lifestyle, and how might that effect its underwater locomotion?

I'm not even sure their feet would have to change much. Add some webbed toes (like flippers) and you should be good. Propulsion can be provided by wings. I would assume the parrots' feathers would need to become more waterproof. Finally, their bones would need to be heavier so they can dive more easily.

And there you have it: it's a duck that looks like a parrot.

They hold thick leaves to use as flippers. 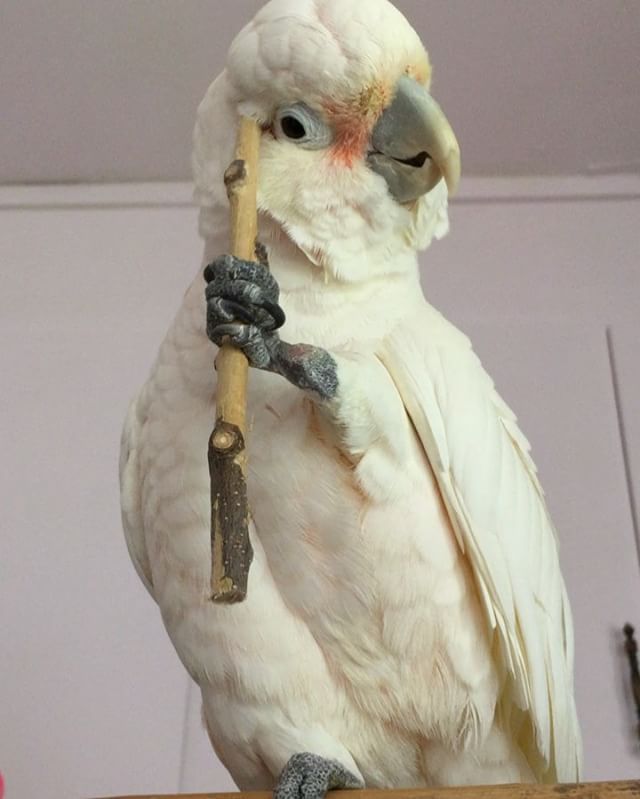 These are tool using parrots. Their feet are parrot feet. The evolutionary bottleneck selected for the most creative, adaptable parrots. They use tools to forage and hunt on the beach, digging for clams and then smashing the shells. They pick up big durable leaves and held them in their claws to improve surface area and swim better.

You could start with kakapos which are already flightless. Maybe some figure out how to use tools to fly.

Maybe there is a beachside parrot civilization!

22
How might you detect a "life sign"?
4
How would evolution shape humans for life in zero-G?
16
Is a four armed arboreal reptile as described viable?
30
How might telekinesis and pyrokinesis work if they were possible?
3
How does biochemistry relate to nutrients needed for life?
7
How could a mammal develop that has long legs but lives in a semi aquatic area?
6
Potential adaptions / features for life adapted to the level of atmospheric pressure given?
2
How should the eyes be arranged adapted for astronomical observations?
2
How might extreme tides affect the evolution of life?