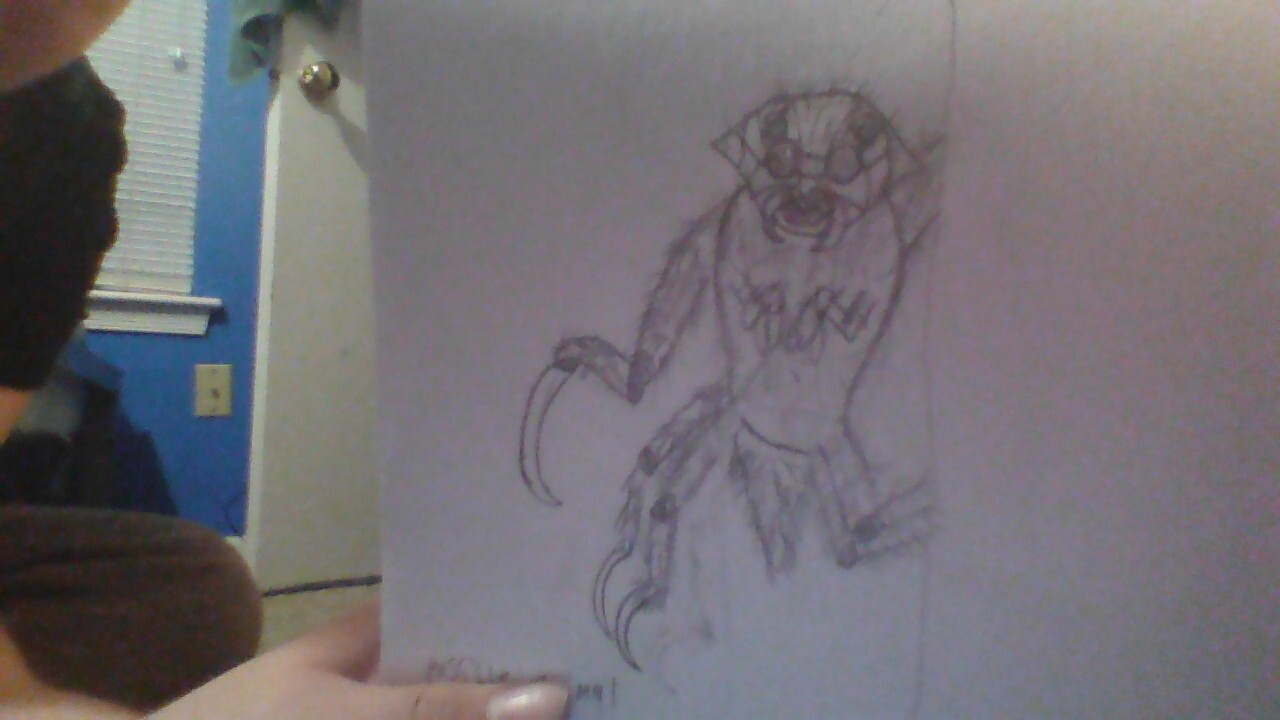 My question is about my creatures.So in my world i have these creatures that have bladed claws on each leg think like a sloths claws they have 6 limbs in total two strong arms to move from tree to tree like a monkey. they also have a monkey like torso and 2 legs on either side of its pelvis to climb trees like how a cocunout crab climbs trees now im just wondering on how it would walk on the ground i was thinking about how spiders or like crabs walk on their legs would be similar but the claws are a little curved and i feel like it wouldnt work if it was trying to walk on land. so is there a way for me to keep the claws and have it walk on land one of the ideas i had was its body would be like a pryaing mantis when its standing on the ground could this work or would i need to change some things also the claws are used for griping/digging into prey when they jump form their trees to fall onto their food to kill it and should be able to walk. and if this helps they have a simillar body plan to that of arthropods and the world has more oxygen i though this would help because arthropods take a lot of oxygen and can get big and oxygen is more deleverd to the musscles.

This creature, based on the image, seems to have a rather ape-like anatomy, especially at the limbs. This indicates to me that an ape-like method of locomotion would be most suitable

There are some tweaks specific to this creature: Specifically, it would need to use all four hindlimbs when walking upright, and these hindlimbs would need to have the claws folded up, as in knuckle-walkers' forefeet. Their foreclaws would also have to be folded up while walking on them. They also would rarely walk upright, due to the issues of balance, and should only do it when needing to run or grab at prey

Consider the anteaters: They are the closest living relatives of the sloth, and this can be quite evident in their claw anatomy. Even with the simian and arthropodal anatomy, the anteater's knuckle-walking solution seems like a wonderful solution. This is further backed up by the pangolins and chalicotheres, which, though not that related, have similar claws, and also walk on their knuckles

There are alternatives: For example, many pangolins can walk or stand bipedally with the forelimbs completely off the ground, which is an execellent way to protect the claws

For the Other Limbs

A coconut crab's legs at the pelvis seems like an excellent feature for this species, especially if you decide to have them walk with their forelegs off the ground. Having a pair of legs that point sharply forwards, like in a coconut crab, would be very good for balance. It's not hard to imagine this animal standing quadrupedally with the coconut crab feet being extended to be directly under the folded arms

Not the answer you're looking for? Browse other questions tagged biology creature-design xenobiology environment animal-locomotion .

3
I need help with aquatic arthropods

20
Anatomically Correct: 4-legged sapient creatures (“centaurs” etc.)
16
Is a four armed arboreal reptile as described viable?
7
Help me Explain this Alien's Traits
6
Building structures underwater: What could a giant crab do?
5
What would the size constraints on my creature be?
8
Sprawling climbers: how will they develop tools and civilization?
15
2 elbowed forelimbs: advantageous or detrimental?
3
Anatomical Review #2: Follow up questions on my semi-arboreal imp (with drawing)
3
Designing the most plausible space "dwelling" planimals
2
Can a creature have possible locomotion if the legs are positioned in a x formating to the pelvis or this symbol ><