How would humanity fight against a neolithic aquatic race

In the early 1950s an aquatic race called merfolk for simplicity sake was discovered. But they weren't friendly in order to scare them off the crew that discovered them fired off a warning shot which hit and destroyed a precious religious artifact of a large tribe by mistake. Before they made there escape while humanity is surprised they don't really do anything because they have nothing to trade or offer stuck in the Stone age because of no fire to make more advanced tools so while they keep an eye on them humanity does nothing over the course of several decades the merfolk unify under said large tribe and prepare an all out war against the "above demons". They start by launching an all-out invasion of the Philippines the federated Republic of Micronesia and Samoa killing up to 300,000 men women and children in 2009 before invading the countries along the Western Pacific Ocean. Now humanity is trying to figure out how to take the fight to them and either subjugate them or wipe them out they refuse to use nuclear weapons because of the risk of poisoning the ocean.

The merfolk live 10,000 meters under water are a lot stronger and tougher than humans due to sustaining such pressure and being fine they have sonar abilities to use like ranged weapons along with being highly venomous with the population ranging around 5-10 million merfolk they have tails like eels with a humanoid top and able to move on land based on how much water they absorb. how would humanity be able to fight against such an assault from the depths.

Your merfolk are screwed. Even if they mounted an attack in the 1950's.

In the 1940's we went through the world wars. We built tanks, rockets and submarines. As soon humans get their war machine back into gear there is very little your merfolk can do.

Even in the initial attack, I suspect their casualty rate would be horrific.

Given a few days I'm sure youtube contains instructions sufficient that I could cobble together weapons such as:

After humanity get's their act together, the merfolk are doomed. What can a merfolk do to a submarine? Without explosives, even a non-military submarine is probably relatively invulnerable.

So here's the plan I would enact were I a military general:

And with this, the humans can completely obliterate the merfolk at approximately zero risk to their armed forces.

They can barely fight humans at all

The merfolk wouldn't be able to make much damage to begin with. Their superhuman attributes means Little again the firearms of that time. Lacking adaptations to walk on land, they would just drag themselves pathetically, their sonar would not work as a weapon in the air and it is unlikely they have ranged weapons since those are largely ineffective under water. Thus the moment they step in land, humans can slaughter them even while being grossly outnumbered.

On top of that, their lack of technology and organization (tribal) means that they cannot concentrate their forces to a meaningful extent as they can not provide the logistics to feed an army. Regardless any large scale attack would easily be repulsed by the military.

Even if they go for a guerrilla war, attacking coastal areas and then retreating to the sea, humans could easily protect any coast they really wanted, they just need radars to detect larger groups and arming the civilians so they will not be caught off guard against a small raid band.

They can be a little disruptive to sea trade

That's pretty much all they can do outside the suicidal inland invasion. There thay can hide effectively from humans in the depth of the sea. Make no mistake, humans still can trade in the sea, but now they do it in larger scouted fleets, the merfolk will only be able to threaten small and unprotected fleets and still the humans would likely win by just throwing bombs in the water.

Depth charges. Bah. Too easy. This movie will be over in 15 minutes. Plus no-one will cheer for blowing up the merperson hotties you introduce in the beginning.

I propose instead that the humans use chloroform. 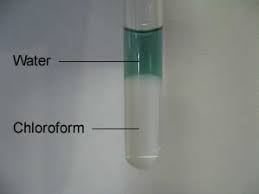 Denser than water, the cold chloroform will shoot down through the water and form a layer on the bottom where the merfolk live. They will not even know what hit them. They will just get sleepy and doze off. Most of them will die but some are saved (including all merperson hotties) - trained elephant seals will dive down there and collect the sleeping merfolk and put them in aquatic zoos and people will come and laugh at the merfolk, or hate on them because of all the people they killed. Or both!

To be clear: the elephant seals are only involved in the retrieval part, not the zoos or the laughing or the hating which they don't know about and probably would not approve of if they did. If you don't like the elephant seal part of this answer you could substitute robot elephant seals.

Not the answer you're looking for? Browse other questions tagged warfare humans humanoid underwater merfolk .

4
How different would be the gastronomy of merfolk compared to ours?
7
What would the "tanks" of an underwater race look like?
64
What would a medieval war against an aquatic race look like?
4
Public Transit for Merfolk
3
How to fight against Lion People?
14
What stops a race of giants from wiping out humanity?
14
Towers in the ocean; How deep can they be built?
3
What method of waste disposal would be the most practical for merfolk?
13
How would WW2-level navy deal with my "merfolk"?
3
Could you build a depth charge in the early 1800s?