A scientific paper last year proposed the idea of cosmic string life-forms which could flourish within stars.

The basic idea is that cosmic strings,theoretical topological defects from the early universe could have survived to the current age. 1 dimensional strings of diameter less than an proton with immense densities comparable to the singularity of a black hole. Combined with magnetic monopoles they could create a network similar to DNA and possibly complex forms of life.

For my question I want to concentrate on the networks Cosmic strings can form with primordial black holes, specifically micro blackholes as this would fit the scale of a life-form or cosmic strings in a network with magnetic monopoles, as suggested in the paper. The scale of the string and beads (Bh or monopoles) network will be varying sizes from a 1 meter in height or width to hundreds of meters.

What would be the effect of the gravity from the strings on the surrounding background of space, assuming other stars or galaxies were behind it to be visually deformed?

In theory space-time around Cosmic strings will be conical, with the tip of the cone running along the line, I am not sure if this means it will appear cylindrical along the line from a distance?

For reference see the image below of how a network could appear, for my story I envision they could form any shape including that of other life-forms. My main concern is would the strings at close range (but in tension so their gravitational force means they do not collapse) visually have a collective gravitational field similar to one black hole of the same size as the collective network or would the visual effect on the background be individual warping around each string with some form of collective effect for strings close together? 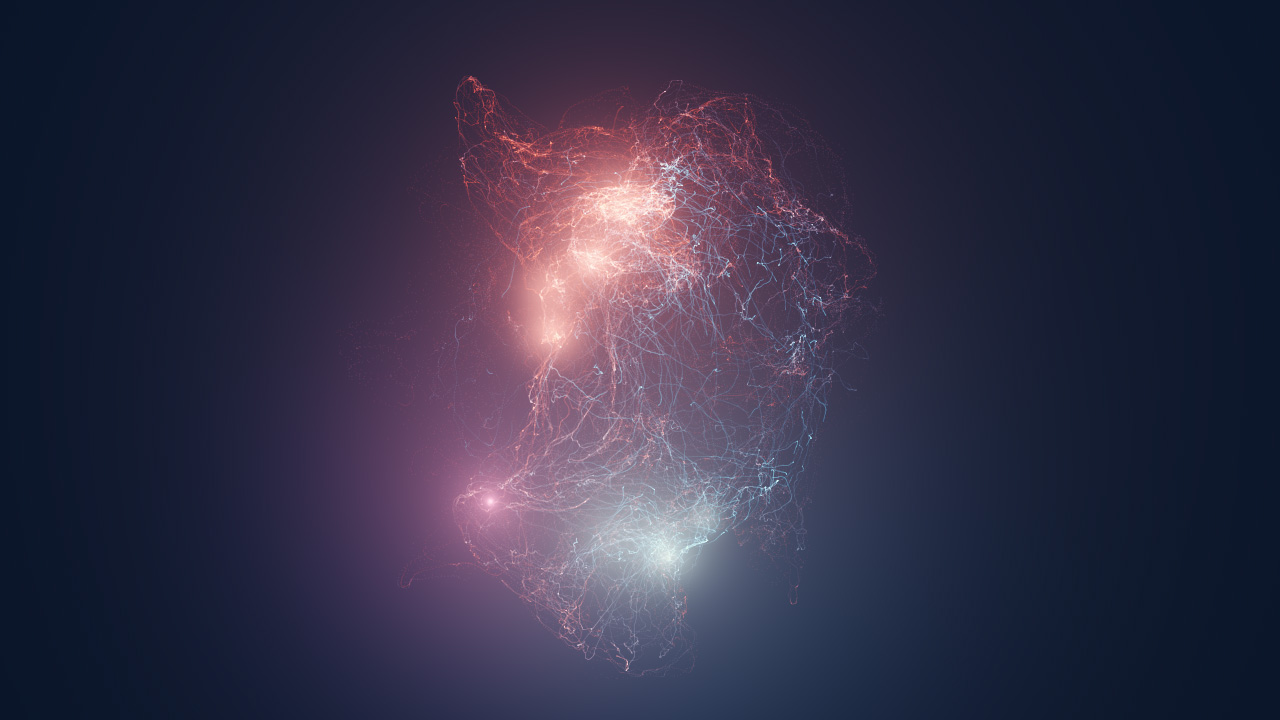 First, let me explain what a cosmic string is. A cosmic string is a topological defect that can form during a phase transition in the early universe. The simplest example of a phase transition is when water freezes into ice. As the water molecules slow down and stop moving, they form a lattice structure. This is because the water molecules are attracted to each other and want to be as close together as possible.

A cosmic string is basically a one-dimensional object. It can be thought of as a line or a loop of energy that is stuck in our three-dimensional world. The energy of a cosmic string comes from the Higgs field, which is responsible for giving particles their mass.

The size of a cosmic string can vary from extremely small (much smaller than an atom) to extremely large (many light years across). The size of the string depends on how much energy was stored in the Higgs field at the time of the phase transition.

Cosmic strings can interact with each other and with other objects in space-time. For example, if two strings cross each other, they will create loops of string that will eventually decay away by emitting gravitational waves. If a string passes close to another object (such as a star or planet), it will cause that object to be pulled towards it by gravity.

So, what would be the effect of the gravity from the strings on the surrounding background of space? If there were other stars or galaxies behind it, they would be gravitationally lensed by the strings. This means that you would see multiple images of those objects - one for each path that the light takes around the string(s).

So, to answer your question: yes, the gravity of a cosmic string network would have a noticeable effect on the background light from other stars and galaxies.

9
Cosmic Background Radiation in the past
7
Is there a problem with interpreting dark matter as hidden dimensions?
4
The Source of Gravity Based Destruction
4
what liquid or substance for rainbow colours oil patterned alien skin?
19
Shapeshifter problems: Mass conservation
2
Future limits detecting the Cosmic Microwave Background (CMB)
1
Gravity assisted travel along a Cosmic string