Could the Classic Wyvern exist as a Tetrapod?

The wyverns in my world are similar to the classical depictions of wyverns, specifically in that the two legs are attached directly under the wings' shoulders, rather than the avian form found in modern depictions

To note their other features: They are tripedal, walking on their tail and legs. Their wings are webbed and cannot be used to walk, but are used for flight. Their legs resemble a plantigrade forelimb, with 2 visible segments and a backwards-pointing elbow. The leg's attachment point is at the breast, as in lizards. They have an avian head/neck with reptilian jaws, and would have a long tail like a legless lizard. They are also carnivorous, and roughly horse-sized. They hunt like eagles, and have raptorial feet. Their skin is scaly, and has no fur or feathering

While I could use the same anatomy as in winged quadrupeds, there is also the point that these wyverns only have 4 limbs, like real tetrapodal species. However, there is still the issue that, unlike real tetrapods, the wyvern's limbs are clustered about the chest

Considering this, could normal tetrapodal anatomy (specifically regarding the torso and limb attachments) realistically be altered to form these wyverns 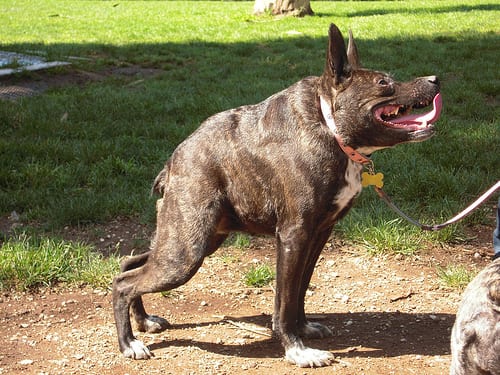 Your wyverns have a much compressed spine. The pelvis abuts the rib cage. Thus it is all limbs seem to come from the chest. The chest and pelvis are essentially the same structure. 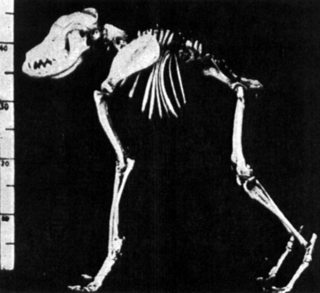 This syndrome occurs in dogs. Some are viable animals and can be good dogs.

The compression of your wyverns spine includes only the thoracic and lumbar vertebra. The cervical and sacral vertebrae are redundant and elongated, making up the long neck and tail of your creature.

I think you need two things:

I think the way to do this is to have the spine curve around inside the body so the shoulders and hips are where you want them. You can add ribs to the neck and tail sections to get the thickness to be even, and put the internal organs where it's convenient.

It used to be a hexapod

Wyverns were once true dragons, six limbed, four legs and two magnificent wings extending from above the shoulders of their forelimbs, though through some manner of ill will or just plain bad luck one population of true dragons suffered a hereditary condition known as wyvernism that caused them to hatch without hind legs. They did not allow this to put them down, dragons have their pride of course, but this has led to those with wyvernism to be rejected by true dragons and only found companionship with others with wyvernism, causing more dragons with wyvernism and eventually cemented the condition into a species that are now referred to in bestiaries as wyverns.

Not the answer you're looking for? Browse other questions tagged mythical-creatures anatomy dragons tetrapods .

2
Best place for wings on a dragon-eagle

7
What practical forms can a "branch-tailed" organism have?
8
Would it be possible to rearrange a dragon's flight muscle to somewhat circumvent the square-cube law?
4
Where would padding inhibit a limb's movement the least in a quadruped creature?
2
Could my Wyverns exist?
8
Is my idea of Wyverns realistic?
1
Using winged-quadruped anatomy for many-winged fliers
1
Would low-mounted wings work for animal flight?
3
Anatomically Correct Winged Scarab