Does the moon actually turn red during a lunar eclipse? [closed]

Ask Question
Asked 2 months ago
Active 2 months ago
Viewed 107 times
1
$\begingroup$
Closed. This question is off-topic. It is not currently accepting answers.

I feel dumb for asking this. I’m trying to make a scene on Earth’s moon where everything turns red, and I thought a good explanation for this would be a lunar eclipse, where the moon looks red from Earth. I read some stuff online about Rayleigh scattering and was confused- does the moon just appear red from Earth, or is it actually lit with reddish light for a short period of time? Would everything on the moon look reddish?

Remember the last time you saw a sunset? 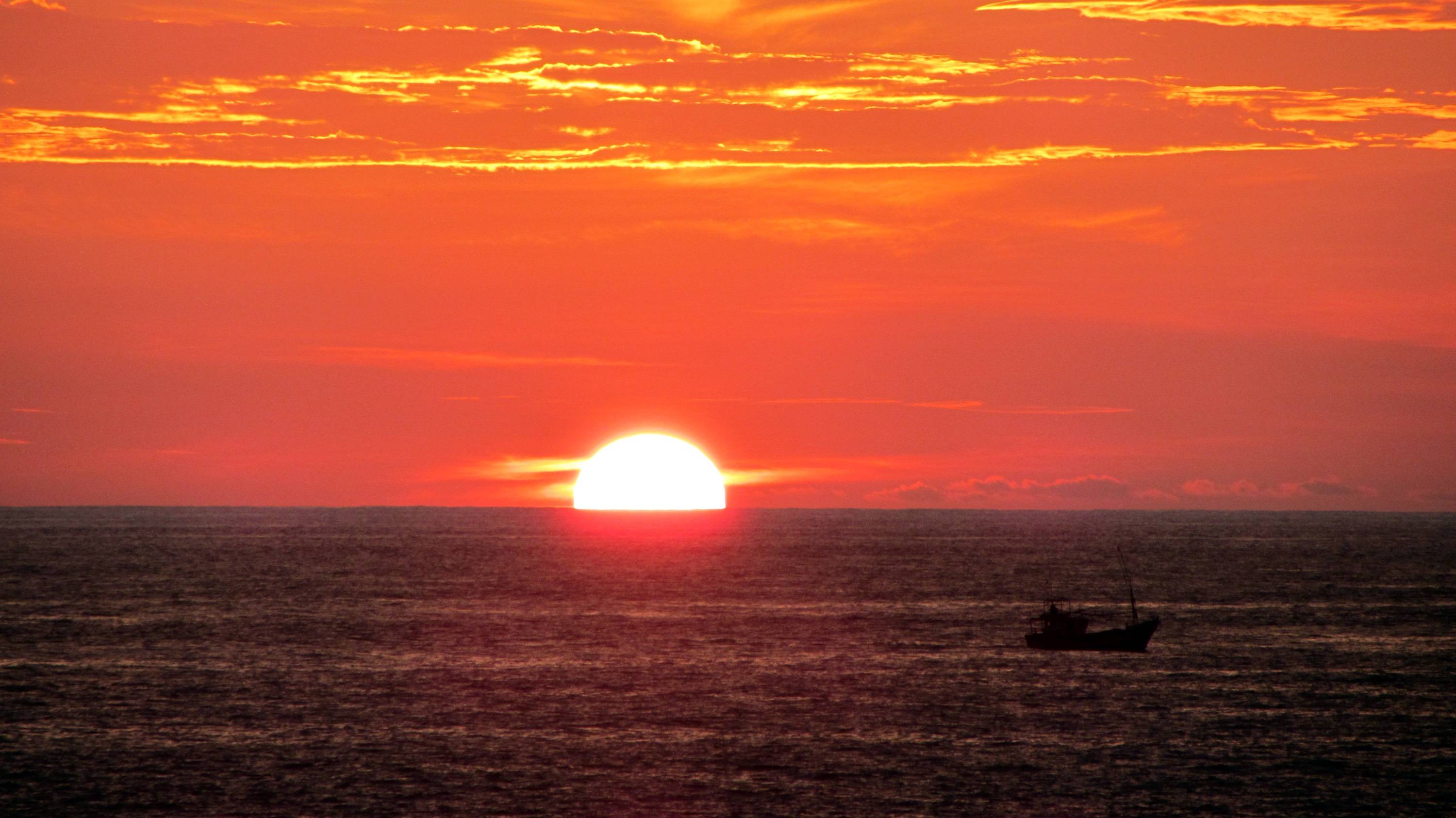 This is basically what the moon sees before and after the totality of a solar eclipse. The sun is mostly obscured by the Earth, and the part which is not obscured by Earth shines through earths atmosphere.

During a sunset, the light of the sun becomes orange and then red due to interactions with the atmosphere (Rayleigh scattering). The result is that the sunlight which reaches the moon appears more orange and reddish during a lunar eclipse.

So yes, light conditions for people on the earth-facing hemisphere of the moon will become more orange-reddish too, but the light will also be a lot more dim than usual. 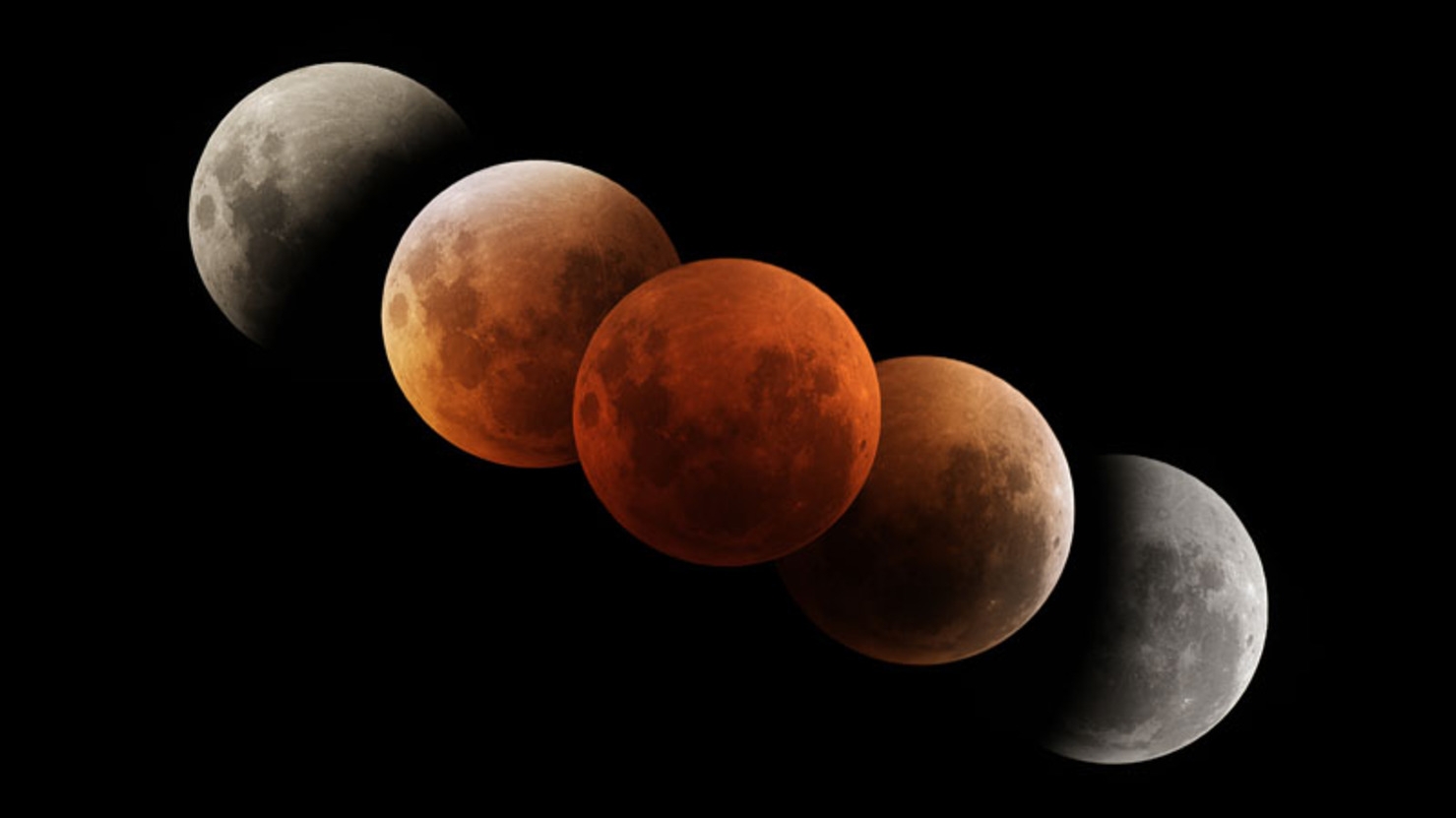 By the way, if you want to see a total lunar eclipse for yourself, the next ones will happen:

Total lunar eclipses visible from Europe are unfortunately not scheduled until December 20th 2029. Please address any complaints about this egregious discrimination of European stargazers to ESA :)

Yes, during a lunar eclipse the moon is actually lit by a reddish light. The reason for this color is (loosely) because the light has to pass through the atmosphere in order to reach the moon - in effect the Earth acts a bit like a piece of red glass between the Sun and Moon.

Therefore, if you have a moon base, during those moments, everything will ... be lit by a reddish light and appear red.

Not the answer you're looking for? Browse other questions tagged space moons eclipses or ask your own question.

19
Earth-like Moon around the Gas Giant. Eclipse length?
7
What would the Total Eclipse look like on a planet with rings?
4
How would I make a moon appear black in a night sky that has a nebula visible in it?
9
How can an Earth-like moon meet these angular diameter conditions?
15
Is stealing the moon actually possible?
4
How would eclipses change (both solar and lunar) if the moon was half the distance from the Earth?
5
Making the moon red? Physics please!
4
What would the atmosphere of the Archaean Earth look like? (Before massive oxygenation)
5
Is there a way for a permanent Lunar eclipse, or another Object to always be in Earth's shadow?
13
Countering the threat posed by a rogue Moon-spanning AI