How does a robot keep its own joints clean?

Robots in fiction, autonomous or self-aware, need ways to operate in mundane conditions otherwise they will eventually (without upkeep) fall to pieces. This includes events where one gets splashed with mud or any situation which entails getting dirty. Be it grime, muck or dirt any robot with actuated joints will need a way of staying clean, otherwise it loses functionality and goes straight to the scrapyard. Ideally the robot should be able to clean itself without outside help otherwise it won't last very long.

-Will you be all right, Andrew?

-One is capable of

In this scenario the robot doesn't come pre-equipped with cleaning tools and will have to make use of any tools available. The settings include post apocalyptic cities and forests or any natural biome, neither of which have humans that could help. Coming across other robots that could help is a rare occurrence but by principle the robot should be independent. Its limbs include at least a pair of articulated arms with clampers or fingers. Robots can come in any number of shapes and sizes, but as long as they have two limbs and can reach all parts of their body they should be all right.

How does a robot keep itself clean using available tools?

This is one of those things in fiction you don't see much so getting an explanation would add little titbits of realism. As always creative answers are welcome and would be very helpful.

This is something that is already dealt with fairly extensively in the machining industry: You have cutting tools that generate lots of tiny metal chips immediately adjacent to bearings that need to be kept extremely clean to maintain their precision.

It's been solved by using tight seals (like a labyrinth seal at all the moving interfaces, and pressurizing the internals of the bearings with clean, dry air. The air continuously leaks out through the seals, and prevents contaminants for getting in.

This has the added benefit of also providing some active cooling (you are effectively blowing air through the thing), as well as being a way to deliver lubricant (if needed). It is not uncommon to use oil-mist carried by the air to lubricate the protected bearings as well as keep contamination out.

The major downside of this approach is that it requires a continuous supply of compressed air or whatever purge fluid you're using. There is also some power required to provide the purge air. It also generally results in some continuous noise.

Realistically, grease filled bellows (as in @KeizerHarm's answer) are probably a much better option. That approach is used by millions of cars on the road every day (see: CV Joint Boots) in wet and dirty conditions under the vehicle. They do require periodic replacement, but it could be done one-at-a-time.

It's worth noting that there are basically 2 regimes of sealing:

Sealing while allowing continuous rotation is a lot more challenging, because you have to allow the rotation section to slide over the stationary side, it cannot be accomplished with compliant materials. Various industries have taken a lot of different approaches here, but the general consensus is that basically all the solutions wind up having some sort of wear component.

For limited rotation, things like rubber bellows or other flexible materials can be used, since there isn't a need for the sliding contact.

Joints are wrapped in rubber: 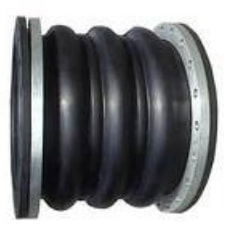 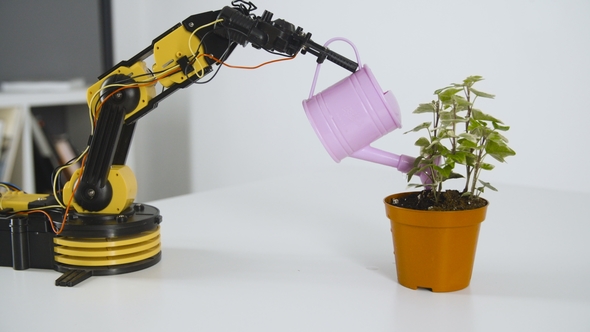 Only opposable fingers and a source of water are needed. Compressed air or a simple brush for dry dirt may also suffice.

Their joints are of course environmentally sealed with bellows, elastomer seals, etc, but to further protect these relatively-fragile components from damage, they use cloth coverings, which can easily be changed for fresh ones and cleaned separately from the robot. Plus, pockets are useful, and tool harnesses and such are easier to customize and change than the core chassis.

The joints are designed in such a way that doesn't allow dirt from the outside in.

If dirt doesn't get it in, you don't need to clean it.

And some compressed air can wipe out the dust from the surface.

They have arms and can reach anywhere in their bodies. Now all they need is access to some clean water, fine oils, polish, wax, a bucket, a piece of cloth and a sponge. If they drink Energon, some additives go a long way in clearing those pipes. Remember to avoid the leaded stuff. Galvanic anodes will protect against undesired pregnancies, but must be used in tabdem with an up-to-date anti-malware to properly prevent the spread of STD's.

otherwise it loses functionality and goes straight to the scrapyard.

Throw away a whole robot because a limb joint is seizing up? What an astonishingly wasteful thing to do.

With a meatbag, of course, when a limb loses functionality it is basically written off, and the meatbag remains partially functional until death.

When a robot limb becomes non-functional, there are more options. Firstly, robots are manufactured, not grown. Spare parts are available for mass-produced models, and less common ones at the very least get schematics and CAD diagrams. Hard-to-find parts can be removed from their owner, given a highly accurate 3D imaging and material scan and a suitable replacement can be procured via some appropriate means, ranging from molecular holography to blacksmithing or even carpentry, depending on the local technological capabilities and the particular requirements of the part. Non-functional examples of the same model (or at least other devices which share some common sub-assemblies) can be broken down for useful parts.

But replacement isn't even necessarily indicated. A seized part can be removed and dismantled, cleaned and re-lubricated and finally re-installed. Documentation for appropriate lubricants and protective sealants will be readily available, probably even included in the robot's own firmware. Mechanical and chemical properties may also be documented so alternatives can be obtained in less civilized locales where field-expedient repairs take priority over following precise maintenance instructions according to the robots' warranty.

How does a robot keep itself clean using available tools?

That rather depends on the nature of the robot now, doesn't it?

Some robots might be built in such a way that they don't really have a notion of "dirty", and can operate indefinitely in hostile environments such as vacuum-exposed sharp ultrafine regolith or your meatbag digestive tracts. They may be subject to problems caused by violent mechanical trauma, but being assaulted or suffering damage from unexpected environments (like the inside of a collapsing building) is not really getting "dirty" and so is outside of the remit of this question.

All robots will have specific environmental tolerances, and with some it just might not be possible to keep them going for days in a vast gritty swamp after a volcanic eruption or something, any more than a naked human is suitable for a trek over high mountain pass above the snowline.

A robot intended for use in a generally hostile environment such as a planetary surface covered in abrasives and surrounded by an atmospheric of corrosive gasses such as oxygen and oceans of conductive liquids will be suitably sealed against the environment and will probably be cleanable by being sprayed down with water. Intrusions of water and grit and gas into the delicate interior can be dealt with by dismantling and cleaning and re-assembling as per the documentation, when a suitably clean environment is reached. If that seems unreasonable, then consider how partially dismantling humans for repair demands sterile conditions or they just up and die of infection, rather than just make nasty grinding noises and move at quarter speed for the next week. 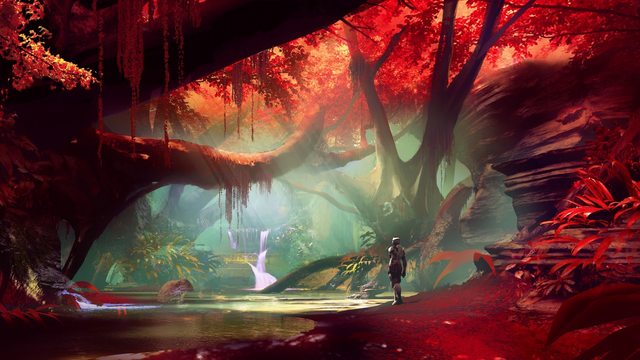 In this empty world there are many lonely places a robot can take a swim. Accumulated dirt and sand is washed away. It is nice. This particular place also has good acoustics for robots that know how to sing.

Opening: "In this scenario the robot doesn't come pre-equipped with cleaning tools and will have to make use of any tools available. The settings include post apocalyptic cities and forests or any natural biome, neither of which have humans that could help"

I can't really connect this to the "post apocalyptic" aspect but let's give a RW example, below scenario is quite recent technology of self-cleaning robots using external means.

Robots clean themselves in the docking station

Moving robots have a home spot, a docking station where the robot goes into maintenance mode and reloads its batteries. Humans or other robots can do small maintenance on the spot, or connect to the robot to refresh new neural network retraining, for the robot to learn new procedures, new routes, or recognize new objects.

Cleaning tools may hold toxic substances and (in hospitals) a desinfection procedure. The robot will only switch cleaning devices on, when there are no humans near. There are sensors for that, no safety buttons needed.

When no maintenance by humans is required, the docking station can perform battery loading and cleaning in ca. 20 minutes. Periodic cleaning and desinfection of robots is vital in hospitals, where robots can be assigned to perform tasks in different departments. Suppose your robot serves dinner to patients. You don't want your robot to move around with food remains spilled on it, spreading infectious disease across hospital departments.

The Robot is a golem- or simulacrum that is manufactured from a mineral-based mixture that includes minerals, organic matter, water and air. While these percentages are only generalizations at best, the typical robot consists of at least approximately 45% mineral, and 5% organic matter, suspended in a matrix of air and water. And the composition of the robot’s structure can fluctuate on a daily basis, depending on numerous factors such as water supply, cultivation practices, and/or material type.

The mineral matter are in the form of grains having a variety of different chemical elements in their make-up, including Oxygen, Silicon, Aluminum, Iron, Calcium, and Sodium.

In short, the robot is dirt.

More dirt can maintain them or increase their size or mass, or allow new capabilities.

Not the answer you're looking for? Browse other questions tagged robots behaviour or ask your own question.

10
In a world with a robot police force, how will criminals adapt?
8
How fast could a humanoid robot run?
0
How plausible does the power source for this fictional giant robot sound?
7
How much energy does a bee/micro robot need per second of flight?
13
What would be a plausible reason for a prey animal to mimic its own predator?
2
How could a robot protect itself from solar flares?
12
How does a robot distinguish different metals and materials for self repair?
4
How does the Carnifowl hunt?
17
How should a robot distinguish between scrap metal and other robots?