A lot of more realistic depictions of dragons have their fire breath coming from some sort of flammable substance like a gas or liquid that their body produces and stores before they spew it that they then light to create the illusion or at least an approximation of 'breathing fire'... somehow.

My question is this. Could/Is-it-possible-for a creature evolve to grow steel teeth, or at least steel somewhere in their mouth, and have their tongue be tipped with some sort of flint-like stone or object that they could scrape against the steel in their mouth to create the spark that would light the flammable substance?

Flint is a mineral; it is a sedimentary cryptocrystalline form of the mineral quartz.

Biomineralization is a naturally occurring trait of living organisms, and this is process is how seashells get formed, for example.

So, yes, your dragon is some biological manner have a “tongue of flint.” Maybe its tongue has surface that scales flint and regenerates dead tongue skin cells. Maybe your dragon’s mouth is a nice environment for the bacteria similar to the sea floor and it’s that bacteria which produces the mineralization process, which catalyzes on your dragon’s tongue.

Biological production of steel is a bit tougher nut to crack. It doesn’t occur.

But it doesn’t need to occur. I get that you’re going after a literal “flint and steel” fire starting mechanism. But the purpose of the steel in a flint and steel kit is merely to serve as a (relatively softer) material for striking the harder flint against. It is but one, relatively later, materials used to manufacture a class of tools generally called a fire striker within the class of fire starting generally termed “percussion fire making.”

Percussion fire making involve the striking of one material against the other to cleave a small, hot, oxidizing metal particle that can ignite tinder. This contrasts other fire making methods such as volcanic ignition, meteorite strike, lightening, or friction (hand bow, etc.)

Early fire strikers, and fire making, predate the Iron Age and therefore steel. Early fire strikers were manufactured from a variety of iron pyrite. Also marcasite was used with flint and other stones to produce a high-temperature spark that could be used to create fire. For example, anthropologists believe that the "Iceman" called Ötzi may have used iron pyrite to make fire.

It is a mineral, and that gets us back to mineralization. Or perhaps naturally produced teeth.

However, I would be apt to swap the two: the teeth should be the harder of the flint-and-steel mechanism, perhaps wearing somewhat over time. The tongue should be the sacrificial element, flaking off dead skin cells in the form of sparks that simply get regenerated over night.

Well, that’s how I see it anyway.

Ferrocerium is an alloy that is used to start fires, like a flint-and-steel. However, ferroceriums are far better. Namely, their sparks burn far hotter (making it easier to light the fire), and can be sparked on many types of edge

There is one problem: Cerium (a major part of ferrocerium) is not biologically active, at least not in animals. However, there is a solution: There are a few methanotrophic bacteria that do use cerium, and it's not completely implausible that bacteria like these could help pass these metals into the dragon's bloodstream. There is also the problem of getting the cerium, but if these dragons are the subterranean type, then they could easily get it from eating the right minerals

On the specific placement of the ferrocerium, it'd be best to have regular teeth, with the metal at the sides of the tongue, like the 'teeth' of a goose. This should allow the dragon to eat and move its mouth without causing sparks and wearing down its metal-parts. The teeth should also have a rough edge on the inner face, for quick and consisent sparking

The secretion of metallic parts seems quite plausible, as many species (including every basis for a dragon) already deposit minerals into their tissues. While metals are a little different, the principle should be the same

It isn't impossible for a dragon to make a metal like iron (but implausible and impractical), and it's not impossible for a dragon to have seeking behaviors to locate flint. But Why? Prior to the advent of steel, iron pyrite would and did work for a fire striker. Dragons could have seeking behaviors for iron and flint that would obtain the materials they need.

Dragons are portrayed as clever, even if they aren't fully intelligent. So let's say your dragon has a long, forked prehensile tongue. Before humans came along, dragons could have discovered flint and iron pyrite. Even if they can't think of flint and steel on their own, they can watch a human do it, and "steal steel" by simply taking flint and steel from a human.

With a tongue that can manipulate tools (and possibly direct the streams of flammable gasses), it's a simple enough task for a dragon to use it's tongue to strike flint and steel like humans do. The dragon can keep these items in it's cheek, or loll it's tongue out of it's mouth the keep them dry before use. If the iron needed to be associated with the teeth, you could simply wedge a piece of steel (or pyrite) between a couple of teeth to hold it in place. 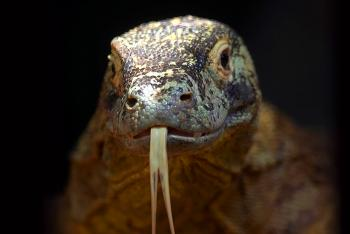 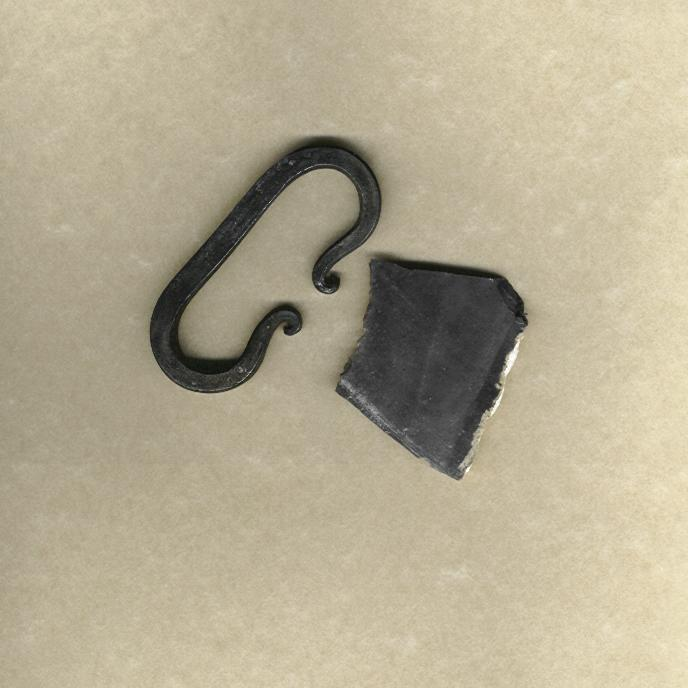 Not the answer you're looking for? Browse other questions tagged creature-design dragons or ask your own question.

4
Can my large creatures have metal scales?

6
Methane Dragons
5
What are the scientific issues with this method of dragons breathing fire?
7
How can my dragons use their tongues to control their fire breathing?
6
How hot is my dragon?
4
How might dragon remains be turned into a jewel?
6
Is it Possible for a Biological Creature to Spew/Breathe an Explosive Instead?
1
How could an eusocial dragon species of elemental castes work?
3
Is my dragon's fire plausible?
4
A Dragon with Ignition abilities