Breathing on high oxygen world. What can be done to stop humans from dying?

Sometime in the near future, a sizable population of humans has transported, through unspecified means, to a habitable super earth that has a much higher oxygen content than on Earth. Now, to the lay man that may sound like a good thing, the issue is however that too much oxygen can result in Oxygen Toxicity.

Fortunately, the unspecified means in which the humans have been transported to this world have also modified them to be able to survive in such an environment. With that said:

What possible modifications could be done to human physiology to live in a high oxygen world?

P.S. Ignore the super earth bit and other possible (fun) gasses that may be present. Those are for later

EDIT: For those wondering what the total atmospheric composition is, it's 70.1% Nitrogen, 24.9% Oxygen, 2% Argon, 1.2% Carbon Dioxide, 0.7% Ammonia, 0.01% Carbon Monoxide, 0.0001% Hydrogen Sulfide and trace amounts of other gases, mostly the noble gases, with pinch of Chlorine maintained through a small amount of metabolic process that also allow Ammonia and Hydrogen Sulfide. The atmosphere at sea level is also 1.55 atm.

Please note: the other gasses are irrelevant in this question, they may be getting their own questions and this iteration of the atmosphere may change as I flesh out my world even more.

If you look in your own link at "mechanism" you can also see a link to antioxidants♤ that the body already employs to prevent damage from current oxygen levels, and that oxygen toxicity occurs when these antioxidants and the cell repair functions are overwhelmed. I assume that creatures like the meganeura have had the capability to step up their antioxidant production to protect their cells since higher cell repair seems unlikely. If humans have similar capabilities they would be able to survive on your superearth.

Hell, you could create a simple temporary solution with a paper bag. Just breath in oxygen high air and then breath in and out in the paper bag a few times, lowering the oxygen content in the bag. If you make a small hole in the bag, it could mix the oxygen-arm air with some fresh air from the outside.

As for living there, I think a controllably ventilated closed off space would be safest. Ensuring that the oxygen levels never become too high in there.
You could initially lower the oxygen levels by building a small fire in the room, but that would also carbon monoxide most likely. (I expect it to produce way less than here on earth since there is more oxygen to easily burn).

First thing that comes to mind is that they can reduce the oxygen permeability of the lung tissue in the pulmonary alveoli, where the gas exchange happens. 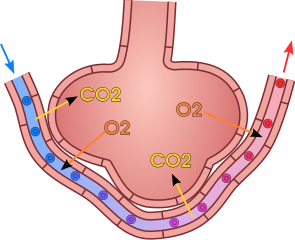 In this way the amount of oxygen which enters the bloodstream, both by direct solution in the blood and by binding with hemoglobin, can be kept at the same level our organism is accustomed here on Earth.

Advantage of this approach is that it can work for any oxygen concentration in the atmosphere.

I would stop worrying about safely breathing it, and panic about a fire breaking out.

With 184% of the Oxygen partial pressure, fires will ignite a bit easier and burn several times faster, and a bit hotter, than on Earth.

P.S. That CO2 at 1.2%, at 1.55 bar, will cause some level of respiratory difficulty. It's not in the lethal range, but your people will have permanent headaches, tiredness and shortness of breath.

And let's please not think about that 0.7% ammonia. That will kill you in minutes! 0.5% (at 1 bar) is the "immediate respiratory arrest" level.

Similarly the 0.01% Carbon Monoxide is right on the knife edge between "will hurt you badly" and "will kill you immediately"

My advice, is to use mechanically augmented breathing filter/recirculator. A filter to keep out the really nasty stuff, partial recirculation of the old air to reduce the oxygen concentration, and consumable CO2 scrubbers to handle both the high atmospheric CO2 and the excess that gets recirculated by the rebreather system.
Think something like the Sohki Mask as portrayed in Nausicaa. 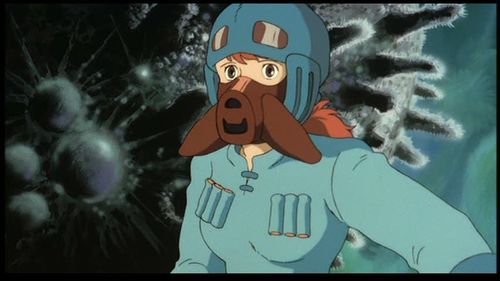 You can avoid oxygen toxicity by reducing pressure, so my suggestion would be to live high in the mountains, where the atmosphere is thinner. From their base up there they could develop new technology that allows them to progressively move further down.

But after seeing the edit, I don't think the increase in oxygen levels will cause any serious issues to a present-day human from Earth

Interestingly our breathing is controlled by the amount of carbon dioxide in the bloodstream rather than the oxygen level, which is why patients under general anaesthetic are given air with increased CO2 - it makes the patient want to keep breathing, which is rather useful.

An adjustment to this mechanism so it depends on oxygen levels instead of CO2 would result in lower breathing rates that would keep the oxygen concentration in the blood correct. CO2 could build up to higher levels than normal for humans as breathing also removes CO2, but I do not think that would have bad effects as it is essentially neutral (like nitrogen) but perhaps someone knowledgeable than me might comment.

Not the answer you're looking for? Browse other questions tagged science-based atmosphere anatomy .

6
Exposure to Atmospheric Ammonia. How to not die

7
How would an ecosystem based around chemotrophs produce oxygen?
3
Is this planet's sulphur dioxide atmosphere feasible?
0
Effects of long term exposure to a non-earth like rich atmosphere
11
Would A Biological "Cold Haber" Process Deplete an H2/N2 World of its H2 or N2?
2
Interesting Atmosphere Chemicals
5
Where to begin when designing functioning alternative biochemistry for alien organisms in non-earthlike conditions?
1
What needs to be changed in the structure of human lungs to be able to filter the inhaled air from heavy particles and toxic gases?
6
Exposure to Atmospheric Ammonia. How to not die
5
How would this atmosphere change the way weather works and therefor biomes