In order to understand Keropion, you must understand Lamia. These are generally portrayed as like mermaids, but snake instead of fish below the waist. Keropion are my own variant on this theme; take a snake about the size of Titanoboa, give it three short necks, and instead of heads it has three identical (and female) human upper halves.

Yes, I know I could handwave it, but logic and natural laws still exist (for the most part) in my world, so I'd like to know what survival issues could arise with this type of organism.

Would cooperation be an issue, for example? Three identical girls fighting for control? Could a Titanoboa's body even support that kind of weight? Would the necks below each girl's waist be a help or a hindrance?

My question is, considering the issues above, could Keropion survive as a species?

A Keropion is three lamia.

The constituent lamia are identical triplets, and they wrap their tails around one another to form the Keropion. At some places of contact their circulatory systems form a syncytium and they share blood - no big deal because they are genetically identical. This means that if one eats, all three benefit from the nutrients. They work together to accomplish their goals. They think alike. Sometimes they fight like sisters do. One is always awake.

Lamia which form a Keropion have longer tails and smaller human sections than individual lamia. Also their human portions are genetically distinct from the larger population of lamia - these creatures have been their own species for only a few thousand years.

If one of the three dies, the other two can unwind from their sister and go on together. Or not.

Occasionally there are Keropions with more than three members.

Titanoboa was actually an aquatic snake. This means that the keropion, with its Titanoboa body, should also be aquatic. This gives you all the drag problems of mermaids, but roughly tripled by the 3 human parts. This can be solved by making the Titanoboa slower, where drag is less of an issue. This could be achieved with a change in diet or feeding behaviour, which segways nicely into:

Three humans cannot support a Titanoboa with their digestive tracts. While they could have a duct to pass food into the Titanoboa's digestive tract, there is still the issue of actually getting the food in there; human mouths, even three of them, are two small for a Titanoboa. There is a solution, though it is a little ugly: Add an extra mouth in the Titanoboa's throat. It should be roughly the size of the real Titanoboa's mouth, for consistency. A similar problem and solution exists with breathing

Snakes don't have very good neck mobility, and so neither would the keropion. This would force the 3 heads to exist in a single forwards-facing plane. This doesn't really need a solution, but seeing as the keropion already needs some serious changes for basic functions, we could still try. The best solutions would be to either make the waists or necks longer and more flexible. I'd suggest the necks, as they aren't human and so are less likely to look uncanny

This species is also more or less a classic centauroid, with all the problems that entails. Do some searching on this stack and you'll hopefully find some direction in this area

Other than these areas, there shouldn't be much different from real snakes / conjoined twins

Your creature may run into the same social issues conjoined twins would, when not separated in time. The original "Siamese twins" were Chang and Eng Bunker, who got misused for circus shows, subject to violence in small villages.. They managed to escape their "owner". The Bunkers had the longest known lifespan (62 years) of any conjoined twins in history until 2012, when their record was surpassed by Ronnie and Donnie Galyon (1951–2020)

Conjoined twins with separated brains and identities is also a favorite topic for some producers of Bollywood movies.. 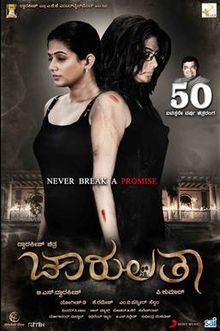 "The story takes it off showing the conjoined twins Charu and Latha (both played by Priyamani). Charu and Latha lived in Vizag as one body and soul until Ravi (Skanda Ashok) comes into their lives. Both sisters fall in love with him, however, Ravi falls in love with Charu, causing a rift between her and Latha. Finally, their mother (Saranya Ponvannan) plans to separate their attached bodies through surgery. The surgery, however, results in Latha’s accidental death. Mysterious events begin to unfold as Latha begins to haunt Charu."

Not the answer you're looking for? Browse other questions tagged science-based biology magic or ask your own question.

28
Hydra regeneration explained with science
8
Magic VS Tech in manufacturing efficiency
15
Centauromorphs: Anatomical terminology for duplicate body regions/parts
3
How do I explain the formation of my world scientifically?
3
How heavy would a Naga be?
4
Increased flexibility for dragons?
26
Are dragons useless when there are guns?
3
Could an animal have more than one heart?
6
Can A Hominid Species Possess Anime-Girl Proportions?