Could a mammal evolve 6 legs? [closed]

Could a mammal evolve 6 legs?

Is it possible for a mammal-like creature to evolve 6 legs? What are the downsides to having that many legs?

The four limbs and (optional) tail body plan is baked into vertebrates. ALL vertebrates. Not just mammals, but reptiles, amphibians, fish -- anything with a spine and bones (or even cartilage) has been four limbs and a tail (with the option to minimize or even eventually delete any of these due to evolutionary pressure) so far back into the history of life that you'd need to branch the evolution before the rise of cartilaginous and bony fish.

While not an impossible idea, what you'd wind up with would resemble a modern mammal only due to (posited) convergent evolution -- the way the "crab" body plan has apparently evolved more than half a dozen separate times. It would be less closely related to modern mammals than a slug is to a snake.

Downsides to more legs? Higher nutritional requirements to form, maintain, and operate more limbs, mainly. I don't know of any known science behind why vertebrates have only four limbs (plus tail) vs. six (plus tail), given that the majority of dry land life species are six-legged arthropods -- but it certainly seems there has to be a reason, and slightly higher nutritional requirements during development and adulthood might throw enough advantage to the smaller limb count to do the job over half a billion years of vertebrate evolution -- except that the only vertebrates with more than four limbs (plus tail) apparently died out before the split between cartilaginous fish (sharks and kin) and bony fish (all other kinds of fish, from which amphibians and land vertebrates descended).

But just like they evolved to lose limbs, they might evolve to gain limbs. Kangaroos sometimes walk on four, and they are able to stand on their tail; if one had a second tail, and it helped him stand his ground on a fight, or have more balance... That trait might be passed on, and then millions of years later you have six limbed mammals. A bit more evolutionary pressure and those tails become functional legs.

This kind of thing has already happened in our world (with reptiles though, not mammals), and didn't even need an existing limb to be duplicated. Dragons (the drago genus of lizards, not Trog Dor nor Smaug) developed an extra pair of limbs from their ribs, which allows them to glide:

With the right pressures, in a few million years those wings might become legs if that helps these critters survive and spread.

It seems that the underlying reason why terrestrial mammals have four limbs to begin with has to do with the paired limbs' evolution from the gill arches of our fishier ancestors.

In order for mammals to evolve with six limbs, you simply need six limbed proto-mammals that evolved from a six-limbed transitional reptilo-mammal and so forth back to the fishes that began churning out gilly limbs in the first place. Your ur ancestors of six limbed mammals will be fish that churned out an extra set of gilly limbs.

This may seem a bit odd, but given that evolution has transformed the bony-cartilaginous structures into limbs, we could make the case that mammals are already six-limbed, for the simple reason that our mandibles also evolved from the same structure.

Getting from a currently four limbed mammal, like a dog, to a six limbed mammal could still be done, of course. It would require considerable convolutions of evolution and natural pressures.

I'd argue that putting some of the ribs back into the business of locomotion might eventually lead to a six limbed mammal. Transformed ribs could similarly be coopted into other uses, like fighting or capturing prey.

Can you not imagine one of Fido's distant progeny, 48 million years from now, roaming some future forest, and having spotted his prey, rushes towards it and flings forward his spiny-feathered thoracic claws, trapping his prey in a hedge of spikes while he leisurely crushes its skull with his massive grinding teeth? 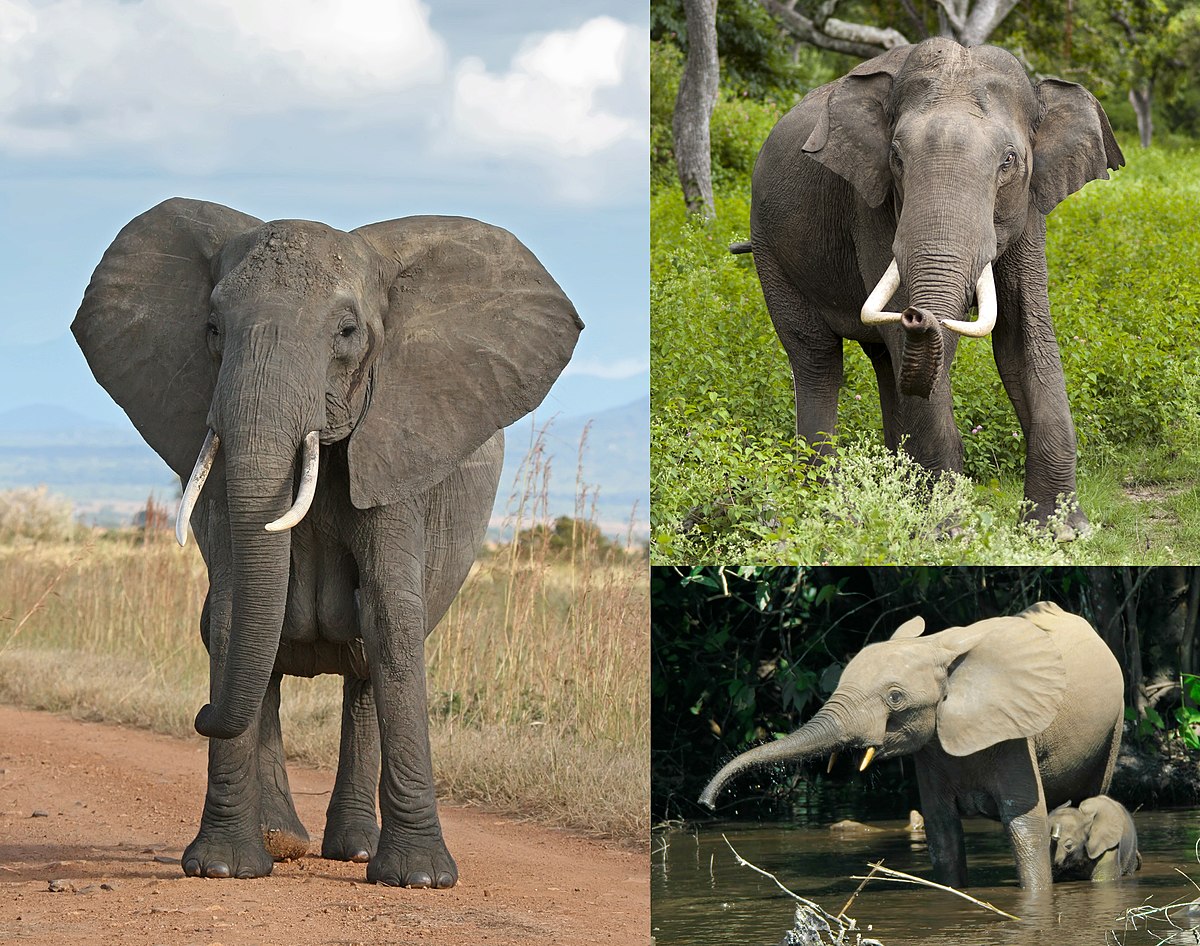 The way legs develop is that you have a long appendage which is leg like which can be used as a leg. Vertebrates' common fish ancestor had leg like appendages, which became legs. Elephants have tails and a trunk. Those could both develop into legs with enough evolutionary pressure, and be used to help walking on six legs.

Tails have commonly developed as leg substitutes, and are ofen used by monkeys to move around. It would be unusual to develop the trunk into a leg, because it's more useful to basically have a hand on your face than another foot.

There's no real disadvantage to it, it would just require a lot of selective pressure and value. It's a difficult evolution, so you'd need a good reason for more than five legs.

If your definition of 'mammal-like' falls anywhere short of 'is a mammal', then there is certainly a way to add an extra limb pair

Yes, it's a thing that happens, e.g. https://www.express.co.uk/news/nature/1401479/six-legged-calf-northern-ireland-belfast

as with any other mutation, it needs not to prevent the production of young, and there needs to be an environmental niche in which it is advantageous, and if so, it will persist and flourish.

Downsides of six legs in large animals (not only mammalesques):

But within these constraints, an elephant being the obvious example: never gallops, never climbs trees, has solved the up/down reach with a long nose; there would be benefits in smoothness of movement, load distribution upon the ground, and total weight that could be carried.

But there are good reasons that robot designers are obsessed with achieving two legged and four legged gaits.

Could a mammal evolve 6 legs? Perhaps.

But if the new mutation has to compete against established & well adapted species it's unlikely.

The way the embryo develops does give potential for developmental mutations (careful not to confuse that with parasitic twins though) that might conceivably cause additional limbs & if that individual produced enough offspring & somehow become reproductively isolated a population could conceivably happen, natural selection in that population could then iron out any problems with limb placement & general morphology but the initial mutation would need to be something that wasn't immediately problematic for survival, it's a long shot, but then a lot of evolution is.

"it's a long shot" & one (I should point out) that to the best of my knowledge has never happened in mammals & hasn't happened in any other chordate since (perhaps) the 'early Devonian', so, very unlikely, but still 'possible' perhaps.

This answer that just popped up a few minutes ago might very well be what you're looking for.

9
Behemoth, the Sessile Mammal
4
How could a creature like this evolve?
8
Reasonable color-changing mammal?
18
Would there be any major disadvantages for a species to have six legs instead of four?
1
What is the maximum equilibrium temperature that a mammal could evolve to tolerate?
6
How could a quadrupedal human evolve?
6
What would be a propitious environment in which centaurs could evolve?
2
Could a terrestrial animal evolve with dorsal legs?
2
Could a single row of legs be useful?
4
Could a mammal camouflage like a cuttlefish?