An objects gravitational force has been increased, how is it different from natural gravity?

By magical means an objects gravitational force has been increased to be greater than its mass. How is this different from natural gravity?

This has nothing to do with this question about how manipulating gravity works. Neither does this one.

A mage discovers a gravity increasing spell. The spell targets and object and multiplies its gravitational force considerably. The question is how does this object now interact with the world and other altered objects.

Before you start asking for details about what I’m asking: Does the object shrink under its own gravity? Does it pull things as far as earth can with 1g? How do two modified objects interact with gravity now greater than their mass? These sorts of questions are the ones you should be asking yourself.

The gravity mage would like to experiment with his newly acquired power to see what uses his spell has. (I’m not asking you to find uses for the power. That’s for me to determine based on the answers.)

There are two possible interpretations of your question... one could make gravity stronger by magically redefining it (effectively creating a new force) so that it no longer obeyed the inverse square law. What you'd define it as it entirely up to you as was not specified in the question, and as such it isn't possible to meaningfully answer that.

The more straightfoward answer is that the object now produces a gravitational field as if it massed considerably more than it did before.

Does the object shrink under its own gravity?

Eventually you hit things like electron degeneracy pressure where an object can't shrink any more without squishing its own electrons into its protons and forming neutronium, etc. It all depends on how much gravity your object now has.

Does it pull things as far as earth can with 1g? How do two modified objects interact with gravity now greater than their mass?

The surface gravity of an object is defined as $$g = \frac{GM}{r^2}$$ where $G$ is the gravitational constant, $M$ is its gravitational mass (which you've effectively increased by magic) and $r$ is its radius.

Clearly you'd get some very interesting effects close to it, but it wouldn't knock a satellite out of orbit.

How do two modified objects interact with gravity now greater than their mass?

That rather depends on the nature of your gravitational magic.

If your magic increases gravitational mass such that it behaves in a gravitational field the same way as a non-magical object of that same mass, then it will obey the regular gravitational force-of-attraction law, $F = \frac{GM_1M_2}{r^2}$ where $M_1$ and $M_2$ are the gravitational masses of the two objects involved, and $r$ is their separation. Your 1G golf ball has an effective gravitational mass of quarter of a million tonnes, and a fairly compact size. It'll punch through pretty much any structure you try to hold it up with, and sink into the ground.

I'm not sure if it actually makes any sense to say an object could have an increased gravitational mass when it came to pulling stuff towards it, but not an increased gravitational mass when it came to responding to the presence of other gravitational fields around it, unless the way gravity works in your magical universe is a bit different from the way it works here. Clearly something is different, so maybe you could handwave your magic such that the golf ball still has the inertia of a regular golf ball and flies through the air a bit like a regular golf ball but now has a weird stickiness that makes it adhere to other objects and attract crud from its surroundings.

It sounds like that's the sort of thing you want to happen here, but to me it seems equivalent to the original problem I posited, namely that you've created a new force that's only superficially similar to gravity.

And that's fine, because it is magic.

By (almost) definition, the object acquires more mass. So, it weighs more.

The question is how does this object now interact with the world and other altered objects.

Since its volume hasn't changed, the object will behave as if its density had been significantly increased. In most cases this will change nothing. In others, since the object will push against the floor or the ground, it might flatten itself or break, or it might sink through the ground or wreck a floor.

Considering a 1m cube made of stone, which normally weighs about 2 to 6 tons depending on the stone, raising its weight by a factor of 20 will transform it (from the ground's point of view) into a column 20m tall, made of the same stone. Such columns do exist already and the ground can be made to withstand their weight.

At the same time, the local gravity field will be changed too little to matter as far as other objects are involved. You might be able to appreciate the change using a very sensitive torsion balance apparatus, or you might not.

Reversing the reasoning, increasing mass to the point of influencing nearby objects means that our cube must acquire the weight of a very large asteroid. There is no way the ground (or the cube) can withstand such pressure, so cube and bedrock will start grinding one against the other, and the super-dense (and very hot) rock dust will then sink towards the center of the Earth in very short course, leaving a small crater and a borehole filled with rock shards and crumbled earth becoming progressively wider as it goes deeper. In some (rare) geologically delicate places said borehole might then release noxious gases, fumes, boiling water, incandescent water vapour or even, after a suitable wait, molten lava.

One possible use: increasing the mass of an object automatically increases its potential energy. Where does that extra energy come from? If it costs very little to create, and especially if it can be dismissed (and especially if the process can be automated!), why, you might have the equivalent of a free energy generator. Increase the mass of a weight when it's at the top of a large wheel, use it to pull up lots of insignificant weights that will become massive at the top; the wheel is driven by the newly acquired weight of those small pebbles with tremendous force.

The gravitational pull of a body depends on two things: mass and distance from it. Really. The formula for the pull between any two objects is:

Where $G$ is the gravitational constant, $m_1$ and $m_2$ are the masses of the objects and $d$ is the distance between them.

Since you are "increasing the gravity pull" of an object, you are either making it closer or more massive. That's it.

You might make a liter of water weight 2kg instead of 1kg in normal conditions. You made it denser, not it is a tiny bit harder to carry a bottle of water from the fridge to the table, but that's it. Or your spell may simply be another form Accio, since a TV remote controller's gravity pull on you will be relatively stronger when you're holding it than when it is wherever you left it (still negligible though).

Gravity is the curvature of spacetime caused by mass

Magically increasing gravity winds down to punching the surface of spacetime further down. A known method to do that, is increase the mass of the object, by adding more matter to it. When it has sufficiently high mass, a gravity well will form and objects around the object, and also matter contained inside the object itself would experience the increase in gravity, that is an inward force, toward the center of gravity of the changed object. Most objects would shrink - that is collapse - when gravity is increased to extreme levels.

In space, suppose this would happen on a star, adding mass to the star will cause planets to fall toward the star and going into another stable, or unstable orbit.

On a planet's surface, when you would increase the gravitational field "of an object" you would need to change the mass of the object. It would simply get heavier than it was before.. it will require some more potent magic to cause extreme results, e.g. to let your object collapse and fall to the center of a planet, eventually swallowing the planet (mini black hole). Most objects would collapse and shrink to a molecular size. It would need to be heavy in the first place: assuming the theory of Hawking radiation is true, such a mini black hole would soon evaporate and disappear.

.. not changing the mass will require some hand-waving

Suppose your magician would know how to change the shape of spacetime in the vicinity of the object, without changing its mass. It is currently unknown how to do that, but you could imagine a magically achieved different spacetime geometry: instead of a punch, you would have a punch with a bubble upward, right in the middle, representing the object itself. In space, all surrounding objects will find a stable orbit, instead of being attracted to the surface, they will stick into an orbit at some distance, except when they have sufficient speed toward the surface. This is an object that requires an "entry velocity" instead of an "escape velocity". Again: this is magic, not science. Nothing like this has been found yet, and there is no theory supporting it. 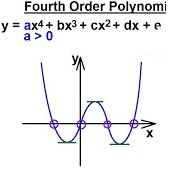 Anything on the surface wants to go outward, which would make this object instable, it would explode to form a hollow sphere. In order to solve that, your spacetime could have a punch in the middle of the bubble, like this 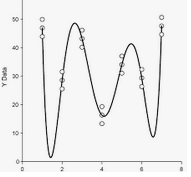 In space, this geometry could count for a sun inside a (heavy) Dyson Sphere. Any spacetime geometry may be thinkable when you have sufficient technology at your disposal ! For us, it will require some magic to realize it..

Not the answer you're looking for? Browse other questions tagged magic science-fiction physics modified-gravity or ask your own question.

23
Gravity magic - How does it work?
0
What would happen if an object on Earth has an equal or greater gravitational force than the Earth?

4
What effects would this magic have?
2
Telekinetic Mage
42
What kind of spells would magicians cast in combat if the fuel to magic is very expensive
7
How could it be possible to exert gravity without mass?
8
Magic: Reality check of effects of mass-altering magic
16
How to realistically implement magic-users in medieval warfare?
5
Determining the energy efficiency of a Light Wand
12
Delta-v budgets and modified gravity
3
What would someone who can alter gravitational (but not inertial) mass for a period of time be able to achieve?