The giant caterpillars in question are carnivorous, about the size of a barrel in width and length (ie. big enough to swallow an adult male whole), and have elongated limbs and mandibles to aid in running and catching prey.

The idea is the exact opposite of a regular caterpillar; small, relatively slow, moves by undulating body (and gripping/pulling/pushing with legs), eats plants-in that these things are large, speedy, don't utilize their bodies as much for motion (instead focusing on legs), and eat meat.

These giant caterpillars are the result of magically enhanced mutation, and through natural selection, have become fast and aggressive hunters that chase after prey, catch it with their powerful mandibles (which are essentially arms at this point), and shove it into their roughly diamond-shaped bodies.

Under what conditions would giant, carnivorous caterpillars that chase down and swallow prey whole come to pass?

So, assuming Chaos Energy makes it feasible for there to be giant, carnivorous caterpillars that tend to swallow prey whole, and that these things are biologically feasible, under what conditions would they evolve?

I'm asking because even with magic involved, natural selection is still a thing, and in order for these things to chase down prey, that has to be a viable hunting strategy.

For all the same reasons Centipedes exist in addition to pressures that lead to meat-eating:

This assumes a bigger caterpillar is actually better at being a caterpillar! Maybe this magic happens to accelerate this process?

A plant eating caterpillar won't adapt itself for predating anything, however carnivorous ones just might do.

There's just no way for a slow prey animal to turn into a chasing predator. If it's not fast enough at the beginning it won't catch anything and so nothing will encourage it to be faster. Changing an animal from herbivory to carnivory is also tricky. The most likely place to start is an ambush predator. More like big felines ready that pounce and less like wolves chasing a deer. Here's how it would go: 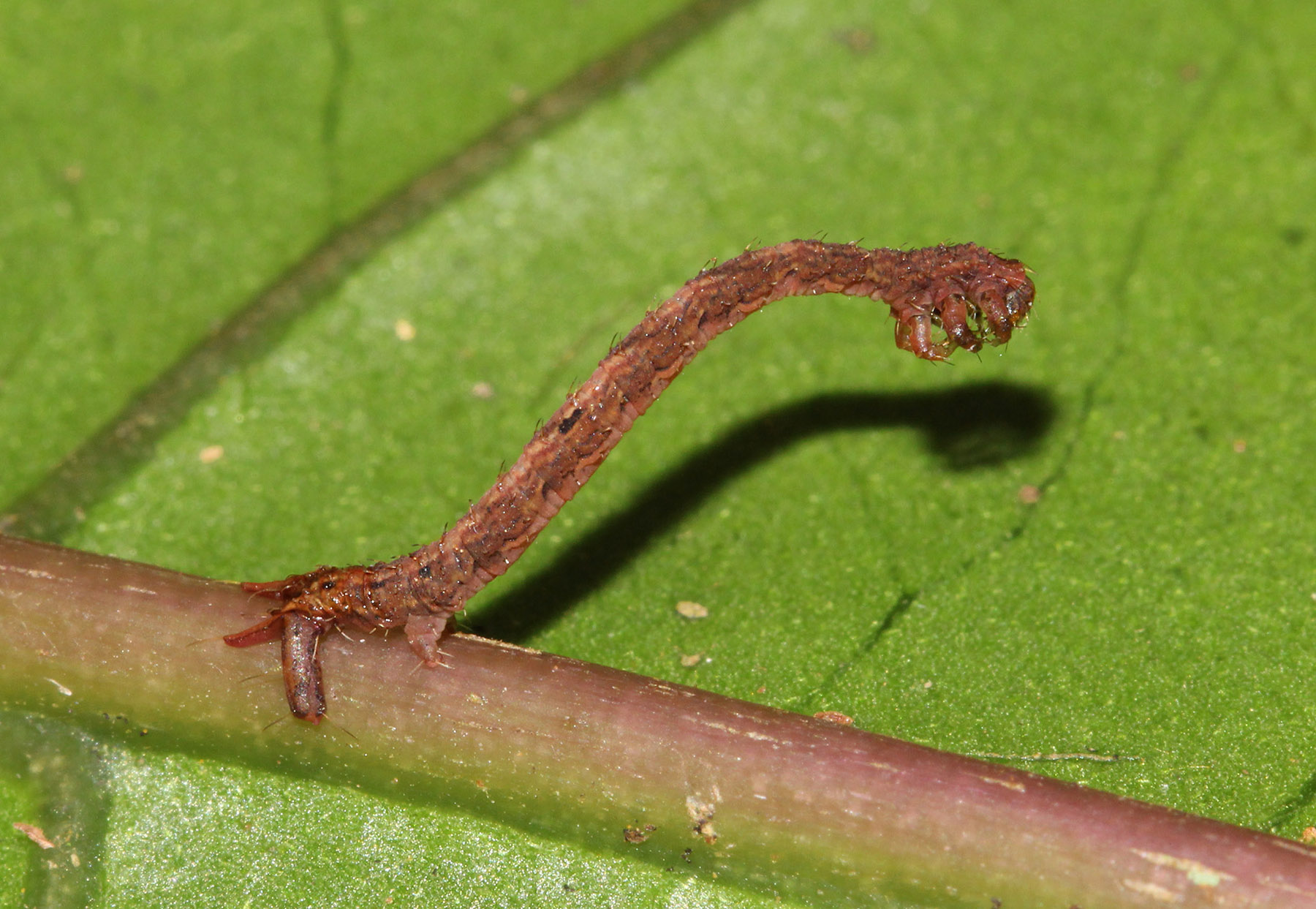 Consider the Hawaiian Eupithecia a species of carnivorous caterpillar. Its actual legs are used to catch prey while its fake legs anchor it to a surface. It does move like a geometer moth caterpillar making it seem like it's measuring its journey. The advantage with this body plan is that it can lash out like a snake to take its prey by surprise due to its deceptively long range.

This doesn't mean a gigantic version won't be able to run. No, on the contrary it will be extremely fast. Consider the cheetah, which bends and extends its spine each stride.

Not the answer you're looking for? Browse other questions tagged evolution mythical-creatures .

14
How to preserve the remaining trolls?
14
Building a Giant Spider
19
What natural force would prevent dragons from burning all the forests in the world?
2
Plausibility of Engulfer
4
Are Ulcerai Feasible?
7
Determining Predator/Prey Relationship for Plop and Chompers
6
Feasibility of Giant Caterpillar Archetypes
3
Determining the Best Wild Anklebiter Predator
1
Rubberizing's Effects on Giant Caterpillars