This creature is an animal (specifically it is an organic lifeforms with nerves and musculature). It is covered in a single fused exoskeleton with no parts that can be extended out of the bounds of the body. It is roughly human sized

What is the most efficient way to get around on land?

It must take a spheroidal shape, and the animal inside shall be arranged in such a way that it can freely move its center of mass.

You should be able to find them on a rocky coast. On a place where the waves hit frequently or on a place that gets wet when the tides rise.

I present you the Patella Vulgata, or limpet. 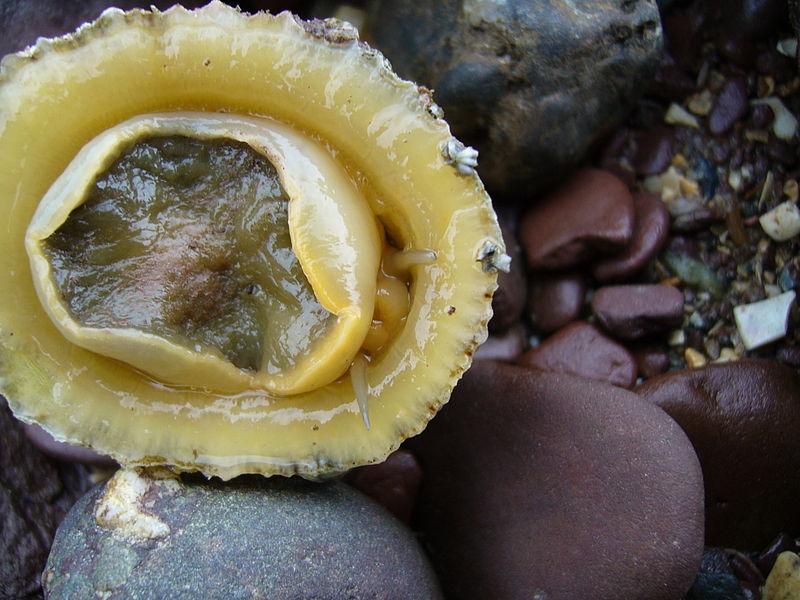 Although you are not used to see that side. You will recognise them better in this other image: 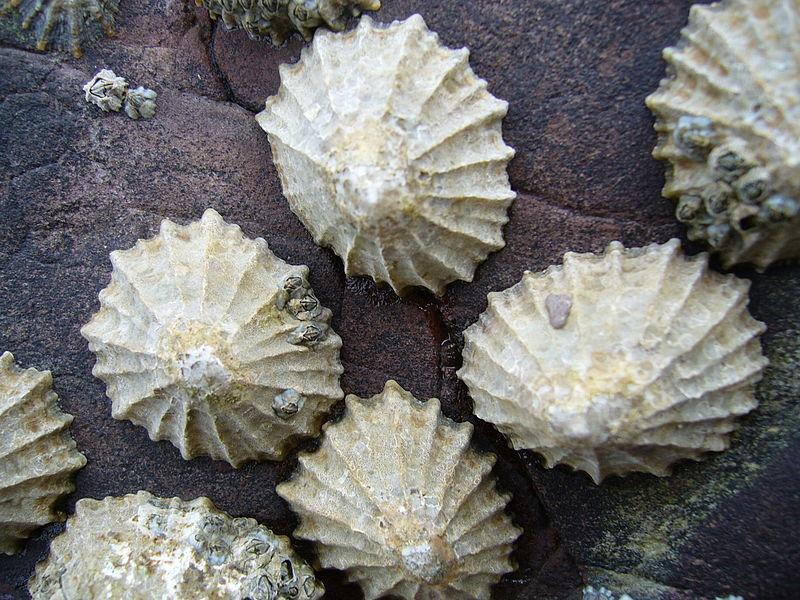 In truth, any type of snail with one shell fits your description perfectly except the size.

Maybe you could use a giant snail: 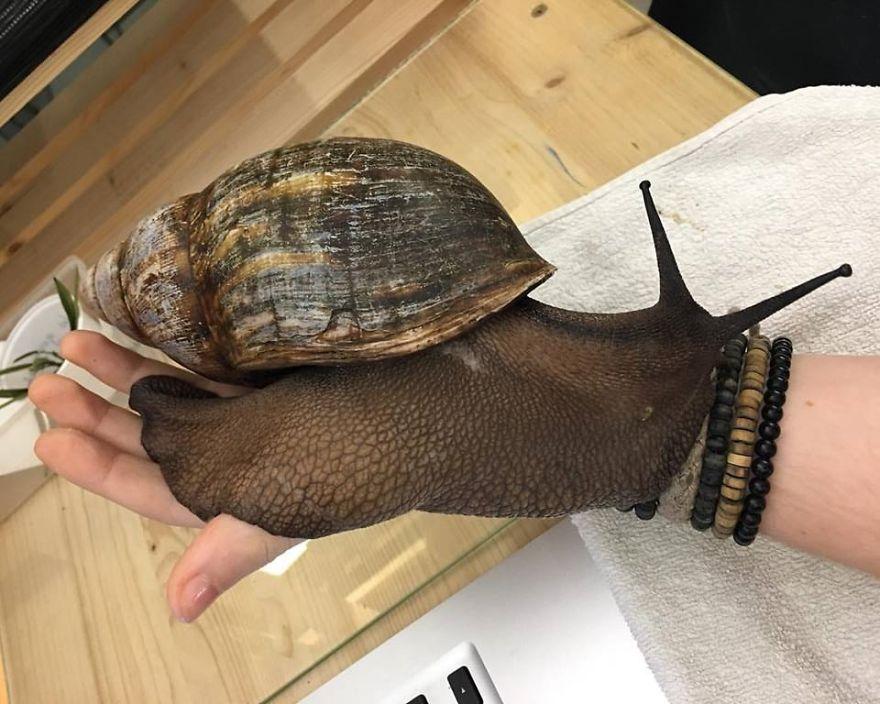 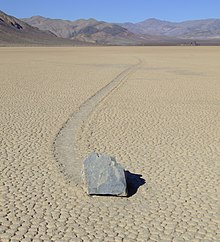 These boulders move along when no-one is there. People return and see that they have moved. There are no tracks except those of the boulder.

It turns out (as of 2014) the boulders are propelled by ice shove.

However, as of August 2014, timelapse video footage of rocks moving has been published, showing the rocks moving at high wind speeds within the flow of thin, melting sheets of ice. The scientists have thus identified the cause of the moving stones to be ice shove.

The sailing stones must wait for ice shove to come before they move. Maybe your creatures have ways to facilitate this?

How did this thing get on land?

First question, very important. I assume from the OP that its method of locomotion will not work on land, but it got out of land anyway, so....

If these things are ending up on land despite not currently being equipped to move on land, then natural law dictates that they will adapt or die, same as any other lifeform. The thing is, natural selection and evolution will always work with what's already there, so the real question is:
is whatever method of locomotion they used before something that could work on land?

If they moved using electromagnetic fields to propel the water around them (like a similar question's answer proposed), then they could, quite possibly, develop magnetic levitation and move just fine on land. Otherwise, then things get a little nutty....

Just like barnacles, these things are rock-like and immobile. Barnacles attach to marine organisms, and so can these guys (given a sufficiently large host). Of course, given it lacks mouthparts for filter-feeding, chances are it'd feed like a lamprey off said host, so this would result in big bloodsucking barnacles (BBBs).

Insects have chitin in a variety of colors, so why not these guys? Given the OP did not mention an excretion method, it may be that they store waste products, like ammonia and such, inside themselves in such a way as to render them toxic, which could naturally lead to A) bright coloration to scare off predators and B) humans who collect these "shinies".

Oh, if only these things weren't so dang big....anyway, a large enough creature could:

A) collect these things in a pouch and spit them as projectiles,

B) swallow these things to aid in digestion (which, granted, would greatly complicate survival)

C) stick these things on its body for additional protection, or else carry them on their back as a sort of shield that they can hide underneath.

This is a scenario, which may or may not work. We've all seen a mermaid perched on a rock, yes? Seems typical for them to bask on rocks, after all, predators can't really reach them up there-unless, of course, the rock is the predator!

Naturally, one would assume the mermaids would avoid the man-eating rocks, but what if they don't? What if the mermaids realize the rocks only eat one mermaid every so often and members of the school start sacrificing themselves so another schoolmate can bask on it?

Or what if the mermaids move the rocks themselves to another school's territory, so that they get eaten by the rocks instead, starting an exchange? Or what if curious mermaids regularly go inside the rocks intentionally, arousing the curiosity of their schoolmates and leading them to form a mythos that requires one to be eaten to enter the afterlife?

Otherwise, I'm afraid you've created an almost impossible scenario we can't answer except with additional information about how these things moved before they went onto land, and you may just have to handwave or conceal their mode of transportation beneath their massive bulk.

5
How would a Dumbo-like creature filter noise?
7
Creating a Scientifically Semi-Valid Pseudo-Arthropod Primate Part 1: Pseudo-Dragonfly Wing Rib Muscles
5
What would the size constraints on my creature be?
8
How can a team of shapeshifters communicate?
12
If quadruped mammals evolve to become bipedal will their breast or nipple change position?
5
Could a creature discard its skeletal system to function like an octopus?
6
An organic "mecha" or "krang". Possible or unreasonable?
1
Could a creature use its tail to move on land?
3
How arthropods could evolve a placoderm-like skeleton (semi-exoskeleton)?
0
Could a creature swim using an organic dress?