Are there any useful alternatives to muscles?

Are there any realistic tissues that could be used in place of muscles in alien carbon-based life? There are some real structures that move without muscles, but they don't seem like potential replacements for muscles. For example, rapid plant movement generally depends on changes in pressure that are far slower than muscles, or on pressure build-up or elastic structures which while fast, are slow to reset. The latter problem also applies to myonemes, which also seem a bit too much like muscles to me. Erectile tissue (and similar approaches like in spider feet) seems a little better in its speed to fill and reset, but it only ever supports smaller structures, and also seems to require muscles to work

Considering all this, is there any tissue that could allow animal-like motion without the need for muscular tissue?

Bear with me, this'll take some explanation.

Biochemist Michael Behe has made a splendid video showing some of the amazing things bacteria can do with nano-motors.

They sit in the cell wall, with the tail in the surrounding medium. These motors can rotate at speeds of up to 100,000 RPM, they can be stopped - within a quarter of a rotation - and can then be reversed to the same speed. The impulsion of a single one of these wiggly things can only propel a tiny bacterium along at a modest pace. So far so remarkable.

If these can be aligned inside a tiny capillary to all pump in the same direction, and a system of these capillaries is connected to a crumpled tube inside a sheath of semi-rigid and very strong material such as connective tissue - made of tendon-like fibers, then a pushing or pulling force can be generated as the tube is inflated and deflated. This would constitute the basic building-block of an hydraulic muscle-system, it would just need to be scaled-up to power the whole organism.

On earth there is nothing with performance even close to muscle. Keep in mind muscle is basically just a specialized form of the cytoskeleton, so most cells come equipped with it already, and the path of least resistance is usually just to use it and not invent something else.

Hypothetically, something else could exist in aliens but if their biochemistry is similar it would function just like muscles, with induced protein shape change, so you are back to the myonemes problem.

Depends on what you define as as a muscle, but to me the answer could be very definitely if you simply define not muscle as something that works in a different way.

I would consider a contractile cell that works by a different bio-mechanical principle to be different than a muscle — A C-Cell.

(I would include a Wikipedia image here, but Imgur can't seem to handle a simple link, so you'll have to click it)

The answer above showcases the bacterial flagellum, which is indeed a molecular motor capable of whirling a protein around outside the cell. Paramecia, humans, and other eukaryotes have a more sophisticated device, consisting of nine sets of microtubules around a central core, surrounded by an extension of the cell membrane. Motor proteins (dynein arms) on each microtubule push against the others. The concept is similar to muscle motion, but this structure is capable of bending in many different directions.

In humans, cilia can form the basis of rather remarkable structures, such as in the photoreceptor where a single enlarged cilium forms the "outer segment" of the cell - a large piece of the total cell, anchored by one small connection.

In your aliens, hundreds of cilia might link an "outer segment" and an "inner segment" of a cell, and be capable of moving the outer segment in a two-dimensional plane relative to the inner segment. Assuming many such cells are stacked in a large array, each moved a little further by the preceding (one more step proximal) level of the array. the small displacement at each step would be amplified, allowing them to move a large tentacle as far as it can bend, in many possible directions. The tentacle could be bent in different ways at any point along its length, much as can (at least conceptually) with an individual cilium.

Such a tentacle would have no visible "muscles", and there would be no specific way to control it muscle by muscle. Rather, a set of nerve-like signals, carried by more traditional nerves to each position along the tentacle, would have to pass through all the cells at that proximodistal level. The pair of signals would control the motion in each of two directions. This implies that each cell would need to be able to pass two different kinds of action potential at the same time, each having its own effect, without confusing them. Perhaps the cells could have an innate rhythm, being open to depolarization action potentials at one stage in the cycle and hyperpolarization action potentials at the other. The frequency and pattern of each type, relative only to itself, would determine how far the cilia bend in one of two perpendicular directions.

The circulation nourishing the cells could pass through the narrow spaces within each cell that are bridged by the hundreds of cilia. This might supply the energy source needed for contraction extracellularly, directly to the membrane of the cilium, from which the energy could be routed directly to the dynein just inside the membrane.

No muscle replacements at all

If aliens don't use muscle, it is plausible nothing on the alien planet does. That means that everything is slower, making respective speeds important. You can have every creature move much slower with plant methods and such. The key is low energy usage during the active hours/days. Although much would change in how they live, it can certainly have an ecosystem adapted to this.

Well, in theory you could use expanding tissue instead of contracting tissue to move a body. Let's call this an "antimuscle," as this pushes on the skeleton instead of pulling.

I say "in theory" because using tension is simple and compression is not. The tension in a muscle keeps it in a proper shape. Most muscles are connected to two different bones using two tendons and that's all they need to work properly.

Meanwhile, an antimuscle would require much more external support to keep it in shape. Muscles are flexible and not rigid, while hydraulic pistons have to be rigid in order to properly push. Even though antimuscles probably aren't hydraulic, they will still need their force to be directed. If there's a weak spot in the containment for an antimuscle, it's going to spill out and waste energy and strength doing that.

The closest to this containment we see in vertebrates is ligaments that route tendons through joints, like at the wrist and ankle in humans. But these are not full containment along the length of a muscle like we would see with antimuscles, which would require a lot of connective tissue.

This may be a viable type of tissue when combined with an exoskeleton as the internals of the exosketelon can provide a lot of containment for the antimuscles as they push. Internal air sacs would provide more support, and also allow for easily changing muscle volume as individuals bulked up and lost muscles.

Considering all this, is there any tissue that could allow animal-like motion without the need for muscular tissue? 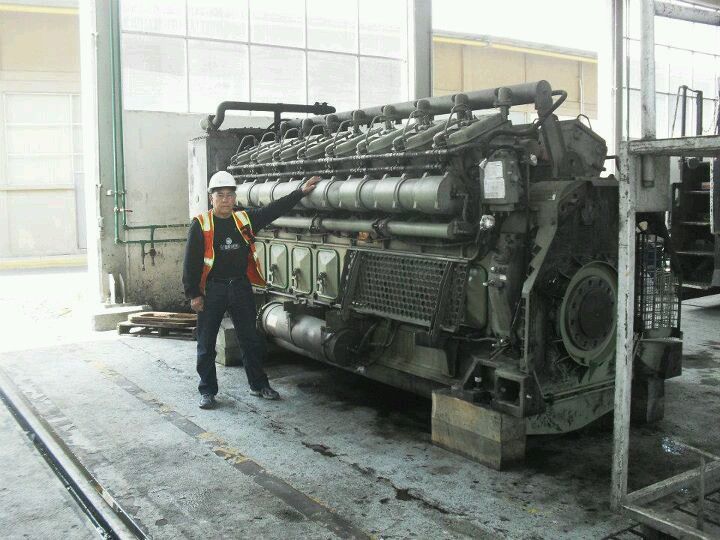 Motors made of Bone, Dentin, Iron enamel, regrow all the broken parts the same way nails are regrown.

Iron is so common in nature and in food that people easily get iron itoxication from foods. Beavers need to break their iron teeth on purpose cause they grow too much. The resources are there.

Use chemical energy, gas pressure or heat to keep the motor going.

You have all the ingredients in the above list, now arrange them into a biological locomotive powered by heat/internal pressure.

Millipedes already look like bio-locomotives, you just gotta change of the internal clockwork.

Not the answer you're looking for? Browse other questions tagged biology creature-design xenobiology anatomy .

3
What kind of musculature is needed to be able to have each individual tooth to spin like a drill?

9
Method to share genetics beyond traditional sexual reproduction
16
Centauromorphs: Anatomical terminology for duplicate body regions/parts
15
(Porcu)pine tree needle firing system?
13
Could humanoids without a skeleton be viable?
4
Is there any way to estimate the carrying capacity of large fliers?
16
Are 'ambiskeletons' viable?
7
How long and heavy can a tentacle tail get relative to the animal it's on?
4
How big can a tentacle be before it can no longer support its own weight?
6
Shock resistant brains