How to explain the presence of tropical rainforest and temperate forest at an equal latitude near the equator, in a fictional world? 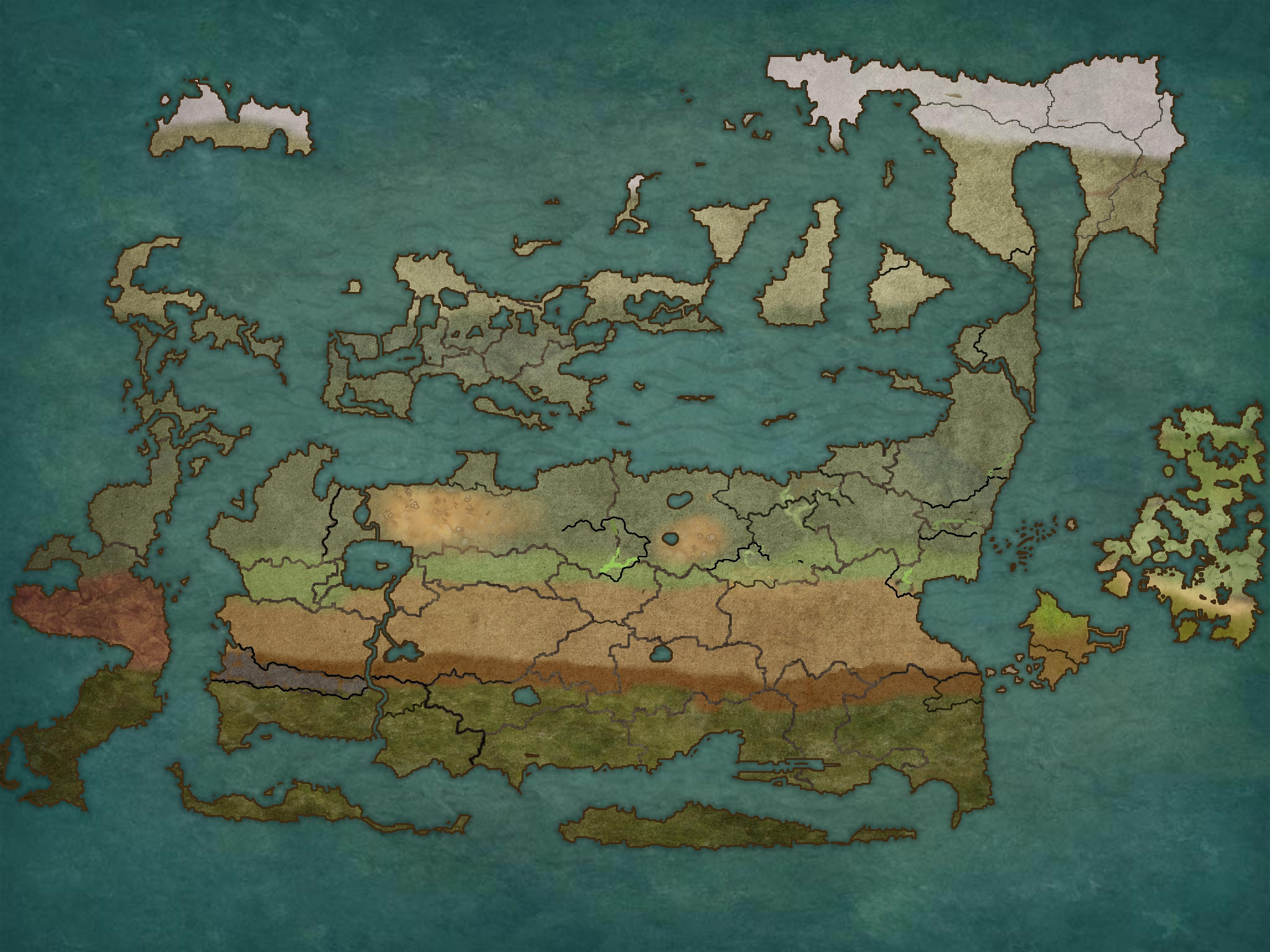 That's the rough outline of my fantasy world. The entire location is somewhat shifted towards the Northern Hemisphere because you can't see the polar ice caps of the southern hemisphere.

Now, the dark green area in the south is rainforest or tropical vegetation. Central area is the desert.

How can I explain the presence of such vegetation ?Because the temperate area above the desert is also on the same latitude as the tropical below it. I need some explanations like presence of rains/winds/natural disasters/humanoid intervention ?

Look at a climate map of Earth:

Köppen–Geiger climate classification map. Picture by user NVergopolan, availabe on Wikimedia under the Creative Commons Attribution 4.0 International license. Tropical rainforests are dark blue; note that they do not necessarily stretch in a nice east-west band across a continent; also note how tropical rainforests occur in a wide range of latitudes, and share that range with many other climatic regions.

Note how the Sahara is the only climate region extending west to east across the entire breadth of a continent. Note how most climate regions do not have nice east-west boundaries, and many actually extend in north-south strips. Note that the climate regions are not at all symmetrical with respect to the Equator. Note the striking difference between the distribution of climate regions in Africa and in South America, and in Europe and North America, although the continents pairwise share the same range of latitudes.

You can match the gyroscopic precession of the planet to the orbital period. This would essentially eliminate seasons. But allow your equator to be on a different place than the tropical rain-forests. And there would be no southern ice-cap. And it would be eternally dark at the north pole. think of a northern hemisphere winter.

The easier solution would be to scale the planet up so that the equator is in the tropical rain-forest.

if you look at the stars at night then you may notice them following a circular path. this is from the earths spin. only there are 2 that don't spin but are always at the same pont. these are the poles. but on earth the place of the poles amongst the stars moves in a circle. completing one circle in about every 26,000 years. this movement of the poles is the precession of the earths axis. due to this precession the time it takes for earth to go through its cycle of seasons is about 20 minutes shorter than the time it takes to make a full lap around the sun.

Now for this to happen in a single orbit. One would need a massive star at or near the maximum luminosity. Creating an orbital period in the habitable zone to be much longer than the earths. Long enough for a large offset moon to make the presession match the orbital period. Only the star wouldn't live long enough for life to evolve. Only about a million or so years.

Again the easier solution would be to scale the planet up so that the equator is in the tropical rain-forest.

Not the answer you're looking for? Browse other questions tagged environment climate map-making deserts .

8
What is the climate of a mountain range at the border of the polar front?
7
How would a large arctic mountain range affect the weather?
9
Are my deserts accurately positioned?
9
Rocky desert or Sand desert - Which would appear in this scenario?
7
What could cause the desert?
3
Weather Impacted By Extreme Magical Effect (Heat)
2
Does my climate map work?
3
Help with Pressure, Winds, Precipitation and Climate Zone
4
Are the deserts in this continent realistically placed?
5
Is The Climate Map for My Alternate Earth Accurate?