Geometric magic in the wild

Magic comes from shapes. For example, when you inscribe a regular octagram in a circle you get a heat effect, and the right straight line atop that summons a creature from beyond the mortal plane. Human interaction is not even required: the shapes themselves resolve into various magical effects. The laws of magi-physics just work that way.

That has some consequences. Patterns come about from mere chance, and in my world they produce magic. Piles of branches are found in the forest floor, and every now and then a subset of them might be in the right shape to produce a spell. There are many trees and spells may live for a long time, so due to the trees serving as infinite monkeys on typewriters, the forest is a place where you stand a decent chance of finding "wild magic".

Anthills and mole tunnels are other examples. There's less of them than forest branches but still you might find an unlucky subterranean mammal that dug a magic shape and had their home filled with rice pudding.

My question: where else may you find wild magic? Where might you find complex geometric shapes in nature, taking infinite monkeys into account?

Crystals naturally form many geometrical shapes, often very smoothly. That's due to the way their molecules arrange in a lattice.

This is a picture from the world's largest crystals, in the Naica Cave in Mexico: 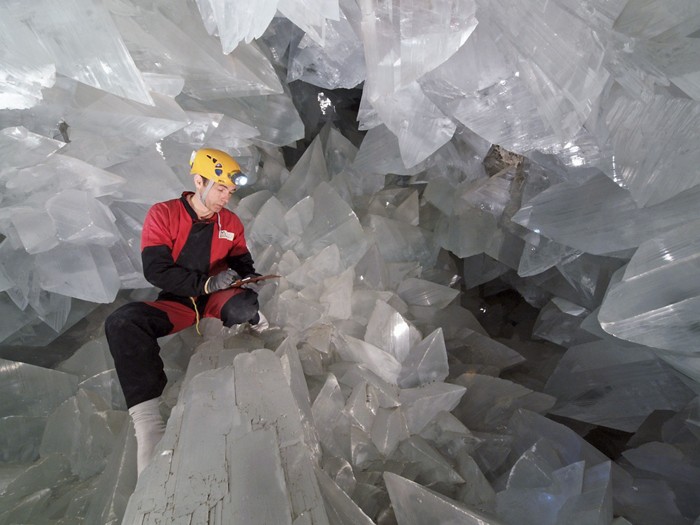 Some of them are pretty geometrical. 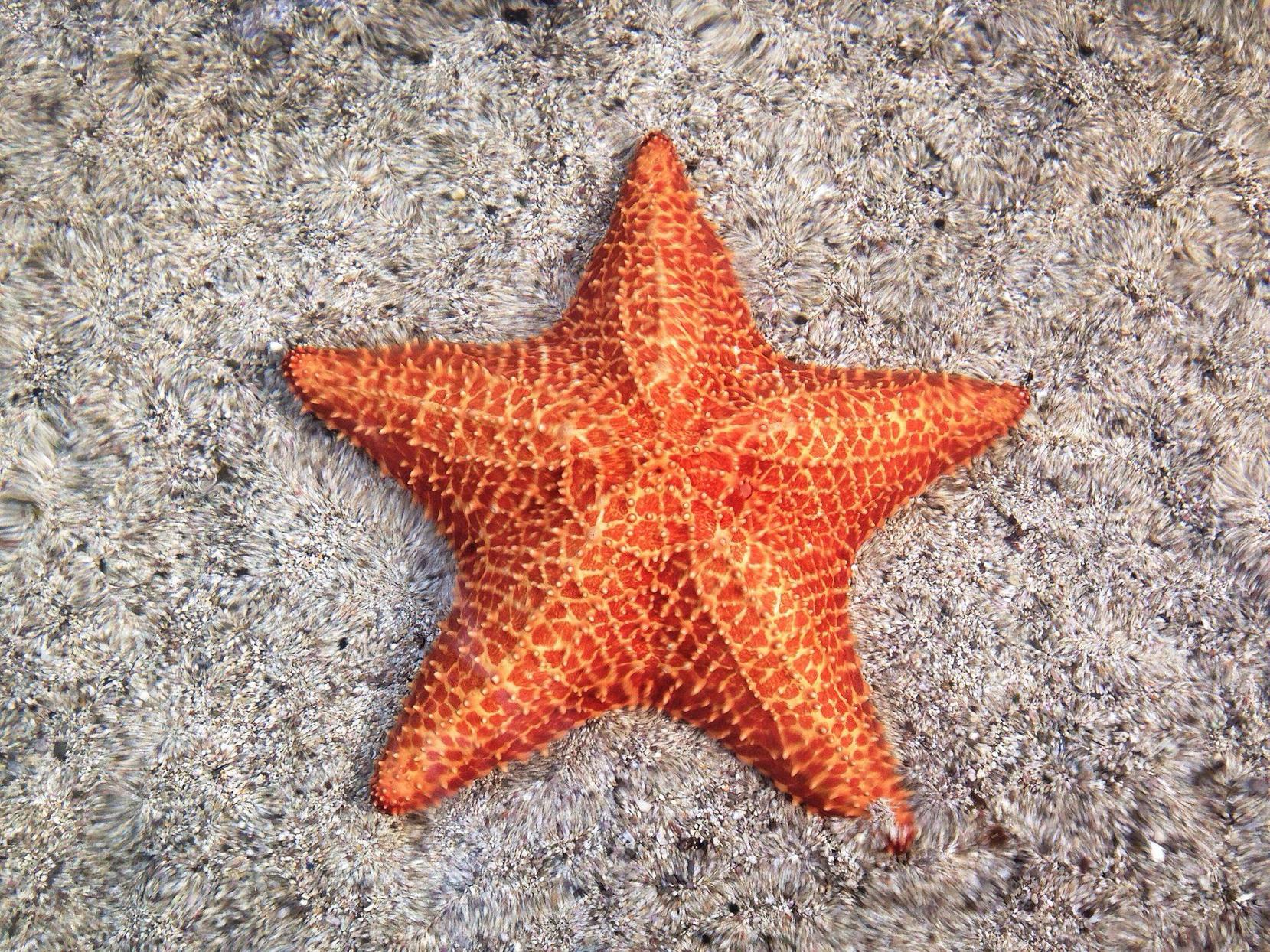 Radial fauna is most commonly found in sea life. I encourage you to check out the gorgeous Kunstformen der Natur for gloriously etched examples. Many of these are microscopic in scale (i.e. radiolarians, diatoms) but larger radially symmetrical organisms or multi-organism structures exist, like jellyfish and corals.

The smaller the structures, the closer they tend to resemble geometric shapes exactly, so you may want to think about scaling from a three-way perspective of size, precision and total numbers (e.g. a sea surface of millions of microscopic but geometrically perfect plankton may generate a sort of fuzzy, undirected but perhaps powerful magic field).

To get powerful, directed and purposeful geometric magic you want radial symmetry, pattern-generating abilities and intelligent will, which brings us to…

The octopus body plan is already eight-fold symmetric. Many octopuses (or your favourite plural) have the ability to change the pattern of their skin with exceptional control and precision, which they use for feats of camouflage that, as far as I’m concerned, already count as magic. They are also very, very clever. By shaping linear designs onto their arms, they would learn to generate magic patterns for hunting, protection etc. (Or potentially just to amuse themselves! Why not?) This doesn’t need anything evolutionarily beyond what they already have, and their learning abilities are already perfect to get them to experiment by trial and error (I seem to understand that your magic system is weaker for incomplete or imperfect forms, which would be great for experimenting as you could gradually sharpen your design and stop if you feel you’re catching fire or something)

Another group of radially symmetrical organisms, land-based this time, are the fruiting bodies of fungi. I’m not an expert in the least but I think, generally, extant mushrooms would be somewhat too simple for your requirements (mostly they have a pattern of straight radial gills underneath, and/or hexagonal textures on top like the bridal veil stinkhorn) but with a bit of selective pressure they may easily develop patterns for thaumaluminescence or spore-ejecting magic.

Not the answer you're looking for? Browse other questions tagged magic fauna flora or ask your own question.

10
Rules for a magic generated by belief
7
What Kind Of Operators or Functions Should A Magic Language Have?
6
How can magic be used as a form of genetic engineering in a pre-industrial world?
26
Nuclear magic: Surviving your own spells
4
How to Represent Platonic Solids in 2D Magic Circle Construction
2
Why stackable magic spells are hardly used in battle despite being the most powerful kind?
4
Creative spells (e.g. not destructive) and spell classes or families