Viability of the artificial selection of extra limbs from tetrapod animals?

Based in the existance of mutations in different animals which make them get extra limbs, like the next image which show a chick with four legs, gonna call them griffin. 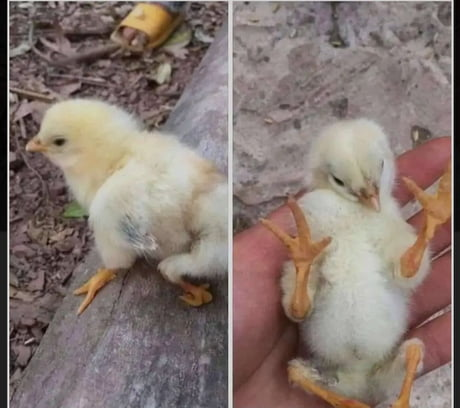 I dont' how common is this is in the animal breeding, but in nature animals with this kind of mutations bring a lot of problems for the survival of the animals which born with them, like the limbs aren't controlled by the animal turns a carry and are depredated easier, they die so they don't pass on their genes and the mutation is never polished to turn to a real useful adaptation.

But a controlled, guided and secured enviroment might allow the animals with this mutation to extend it without the predatory problems and probably getting health support.

The premise is next, an intelligent species specially selects individuals with this mutation to breed them and get the best features for generations until they get individuals which turned the mutation useful.

This maybe could work because persons born with strange mutations can live relatively normal lives with the benefits of technology an comfortable enviroments but probably in the past their life would not be long.

But the problem is that extra limbs eventually require a way to get connected with the skeleton, correctly developed muscles and with good nervous connections, and since currently this is not the case, I want to know the viability or possibilities of this. So a question included into of this might be, how could the mutated limbs eventually turn useful?

The objective is to get hexapods (or more limbs) like griffins or dragons from current Earth's animals.

how could the mutated limbs eventually turn useful?

Not without great difficulty.

Here's a few problems that spring to mind:

So no, I don't think you can do this by careful mutation or selective breeding. It needs to be a carefully planned engineering project by a group with significantly better grasp of biology than we have today.

Not the answer you're looking for? Browse other questions tagged science-based reality-check evolution fauna anatomy .

4
Could a mammal evolve 6 legs?

4
Species evolved that encourages mutation of some of its embryos
11
Vertebrate-like creatures with more than four limbs
5
Evolution of communication system for dispersed pack to orginize their kill without other predators being drawn to the scene by the calls?
8
Are my wing-walking griffins viable?
3
Is it possible to grow new organs through exposure to radioactivity?
7
Can the cobra hood ribs turn to and be used as functional "pseudo-limbs"?
2
Viability of polycephalia, but the extra heads aren't intelligent?
2
How the limbs should be correctly positioned in the body of a "quadrupedal hexapod" humanoid?
6
The effect of extra limbs to an alien creature's speed