Dragon with pseudo-wings, is this viable?

One of the topics that interests me is about how tetrapods could evolve extra limbs. I prefer to use this because the biological explanations can be more interesting than, say, "is an alternate world in which the common ancestor of all fishes' were hexapod".

But as it is almost impossible to develop new limbs for vertebrates it is necesary to go with the pseudo-limbs, completly new mechanisms evolved from other body structures to supplement the function of a limb, like elephant trunks or prehensile tails.

So in the case of dragons I searched for similar things and I found there are two similar questions but I think they do not consider other important aspects What would the changes necessary for powered flight using rib-derived "wings" look like? and this Kuehneosauridae and powered flight?

Different from those two questions, I decided to use as base the Coelosauravus, the reason being that this species, is that instead of using the ribs to glide, evolved dermal ossfied rods (or osteoderm-like things) to hold the skin membrane which I think is an extra so don't have problems with removing the ribs. 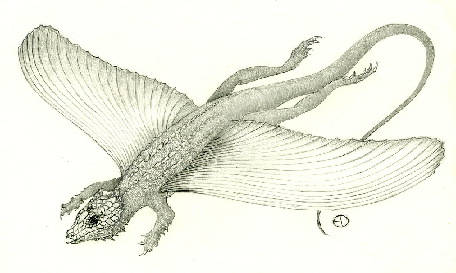 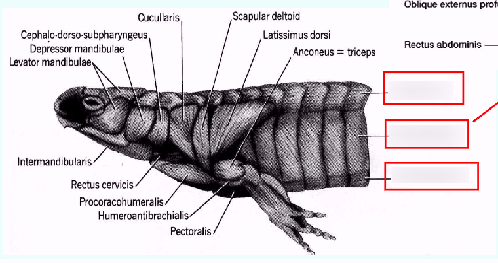 But I realized that to get dragons bigger than 20 centimeters requires even more strong articulations, and muscles attachments are not enough to fold the wings behind the body because the size would increase and would become a hindrance.

Wings would need to be folded like bird wings or maybe like pterosaur wings, the problems is that wings evolved from rigid bone rods don't have articulations to permit to be folded and the required muscles either.

How could dragons evolved in this way solve these problems? or alternatively, how could evolve the required new articulations and muscles?

And here is an image which I think can examplify this kind of evolution but obviously doesn't solve the mentioned problems. https://www.deviantart.com/speculative-zoology/art/Draconian-Evolution-57276938

Perhaps a single set of limbs would split into two?

You know the radius and the ulna? That's some prime real-estate for more limbs, even if they'd still only connect to the main skeletal frame with a single socket. Observe, yes I'm using a human arm, but it could be applied to most if not all vertebrates(snakes don't apply, they'd be able to get rib wings or something I'm sure). The tendency for reptiles to have some sort of webbing will lend itself greatly for this, as marked in red. 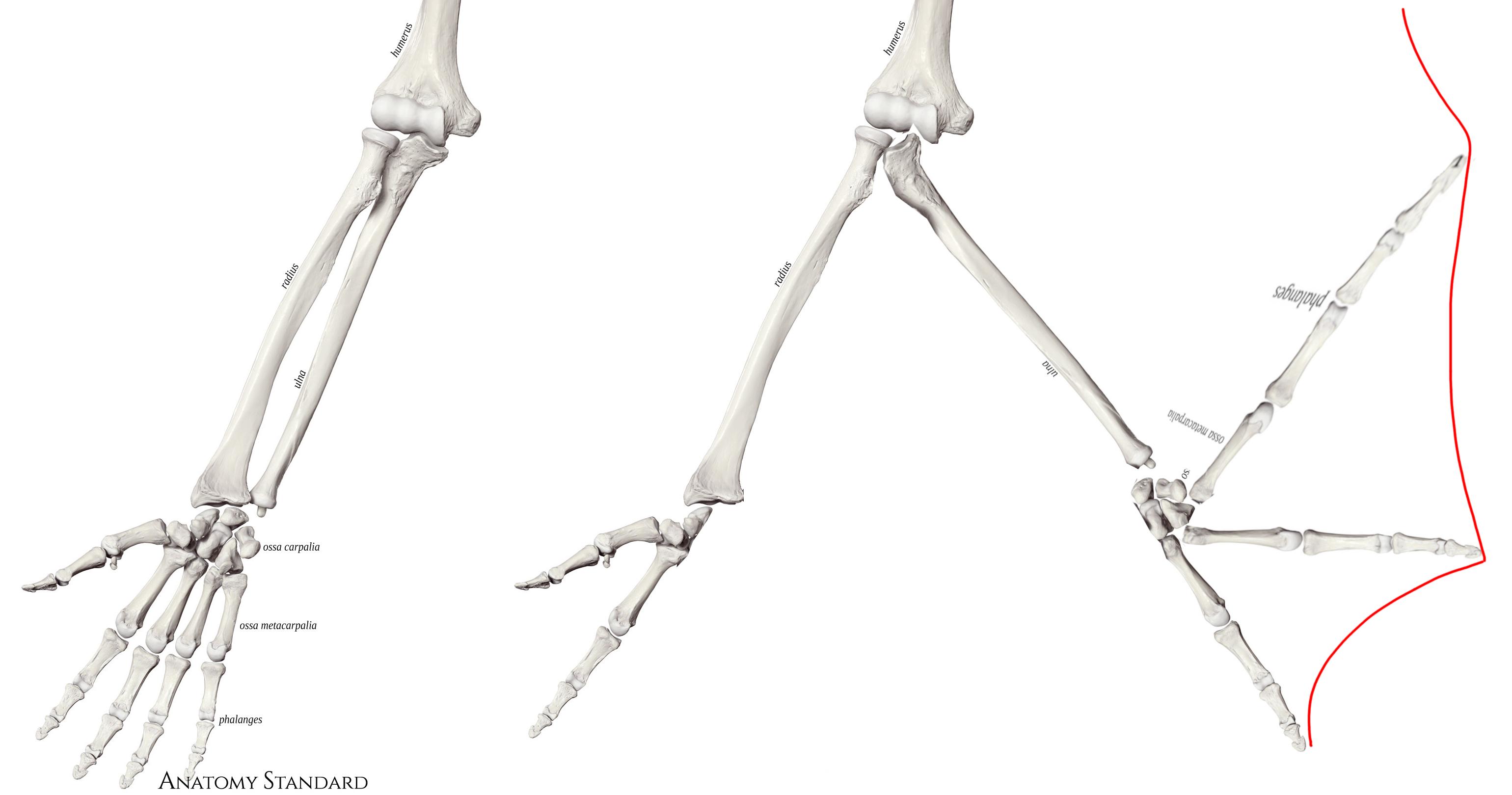 You also get to have some manipulation with the remaining relatively unaltered fingers/digits, which is nice.

My theory is that the wing structure would evolve from shoulder blades extending and segmenting, while the skin maintained a membrane between the shoulder blades and the hips. While there is no biological pressure to start this transition, perhaps there is a societal pressure?

Drepanosaurus was an extinct reptile with a unique forelimb anatomy, which could be adapted into a hexapodal-seeming structure

Specifically, if the humerus was shortened and/or fused into the torso, perhaps as an adaptation for swimming, then the zeugopod (lower foreleg) would appear to come directly out of the body. An aquatic history would also be a good step towards wings, as both fins and wings would require a more even digit structure to work well

The next adaptation would be for the arm (or really the wrist, with the Drepanosaurus) to split into two. This could start as some adaptation for gripping, becoming a natural form of Krukenberg hands. Once you have the split limbs, it would be rather trivial for these split limbs to become independent and for the radial wrist bone to extend into a long form. Once you have that, all you'll need are a few more radial digits and you'll have a dragon

Your choice of starting point is superb - I didn't even realize there was a tetrapod species that had evolved new bones for wings (more illustrations). This is by all means the beginning of a bold new experiment, which apparently may have been pursued further - that site I linked leads me to Mecistotrachelos apeoros, in which the dermal ossicles seem to have made a one-to-one alignment with the ribs. To my surprise, this species was Triassic, having survived across the P-T extinction event from the Coelurosauravus.

I don't actually know why it didn't "take off" in the longer term, but were I to propose further honing of the evolution, well, presumably we need a thicker, stronger girdle for large flight muscles, anchored by some extra dorsal bone(s). If the ribs are too weak an attachment and we need direct articulation with the pelvic girdle, we can introduce other joints if we desire relatively easily - remember that joint development is essentially a matter of adding an interzone to an existing bone, though naturally there are details that take a geologically long time to get right. The outer bony segments might well end up becoming much more specialized, with significant differences in size and shape, but without a supercomputer (and people to program it) I quail to suggest precisely how that might go.

But you basically have the beginning of a good story, and the majority of the details of the evolution from that point depend on the exact appearance and function you would like for your dragon.

Not the answer you're looking for? Browse other questions tagged science-based internal-consistency creature-design dragons bio-mechanics .

16
Dragon forelimb placement
7
What would the changes necessary for powered flight using rib-derived "wings" look like?
3
Kuehneosauridae and powered flight?

4
Is this humanoid dragon realistic the way I’ve imagined it?
5
Can my heraldic dragons fly?
9
How could dragons effectively use their wings as weapons in ground combat?
11
Can two different limbs... Merge?
2
Is this dragon anatomy viable?
7
Can the cobra hood ribs turn to and be used as functional "pseudo-limbs"?
4
Humanoids with wings, how do they take off?
3
Flight drag and the superior limit size for hexapod dragons?
2
How a limbless creature could evolve powered flight?
9
How to design the muscular structure of a dragon?