Also I just can think in not many real life species with just two limbs, one of them are the birds which became completly terrestrial and flightless, the question is a little bit strange, the birds which returned to a fully terrestrial life-style have lost their flight features and have reduced its wings till be so athrophyed that hardly can become useful again and even some completly dissapeared its wings.

Examples or birds like this are cassowary, tinamu, kiwi, emu and some other extinct island birds (a bird even turned its wings to rigid clubs). 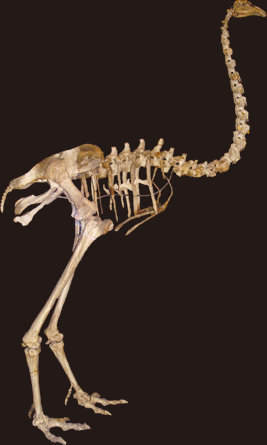 The moa really lost its wings. 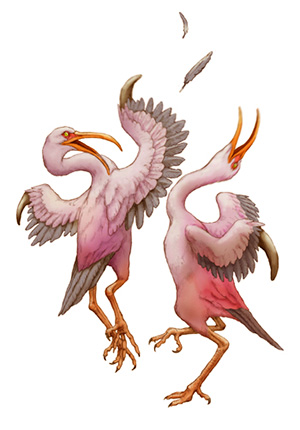 So if a bird with just two limbs could and should become flying again, how would do this?

How could two-limbed creatures evolve flight?

Flying snakes aren't there yet of course but they clearly have the precursors, one can easily imagine their ribs extending further over time & even the muscles for some of their ribs adjusting to provide better attitude control & (eventually) flapping for powered flight.

Your two legged ground birds are a poor example for what you're asking though as they'd be more likely to re-evolve flight exactly how the bipedal animals the birds evolved from in the first place did & simply regain their wings over time than any other way.

Practically no ground birds have lost their wings after all, they've simply become vestigial.

The cassowary you mention as an example of a wingless bird do in fact have wings (I don't know about the others but I suspect the same applies) just very small useless ones & any that have lost them most likely still have the genes for them just switched off.

One possibility to consider is that, having effectively lost their wings to evolution (the way snakes and a few lizards lost their legs), your "flightless" birds developed their legs into wings. They'll run along the ground like the cartoon roadrunner, and when they're going fast enough, they'll hop into the air and (possibly with a muscle-driven reconfiguration of their pelvis) spread their legs to the sides and begin to flap and glide like any ordinary bird.

Balance, as with many birds and most pterosaurs, is handled mostly with varying wing sweep, likely aided to some point by the feathered tail they haven't had any reason to delete.

These will look odd to our eye; instead of the highly developed pectorals bonded to the cartilaginous keel found in most flying (even partially flying) birds, musculature of similar size and power would need to be bound in some way to the pelvis (along with evolving the hinges and locks needed to reconfigure the pelvis from walking to flying).

Not the answer you're looking for? Browse other questions tagged science-based creature-design evolution anatomy bio-mechanics .

2
How a limbless creature could evolve powered flight?

11
Could you make Bat wings shaped like the different kinds of Bird wings?
5
The most suitable martial art for birdpeople?
2
Wings going from locomotive purposes in juveniles to sexual purposes in adults, plausible?
6
Unique take-off strategies for six-limbed creatures?
3
Flight drag and the superior limit size for hexapod dragons?
3
How two-limbed creatures could evolve powered flight? (Amphisbaenia)
5
Dragon with pseudo-wings, is this viable?
2
How large of a feather "parachute" would these flightless birds need to fall safely?
8
How would the anatomy of a bird that flies with its legs work?