The setting for the narrative project me and my team are working on is a solar system with centred by an F-star 1.3 to 1.32 times more massive than the sun aged 2.5 to 3 Billion years.

Here is how the planets would be placed:

The protagonists of the system would be 7 giants: 4 gas giants and 3 ice giants.

Each of these giants would have extensive moon systems, akin to those of saturn and jupiter, especially those in the outer system given that they didn't migrate.

Those that migrated on the other hand would have moon systems as well, specifically several galilean moons, consisting of inner planets that were either captured or that were torn apart by their gravity and re-initated moon formation around the giants.

One of these gas giants, the one at 2AUs from the star and possessing a mass 3 times that of jupiter captured a satellite that has a mass 0.7 times that of earth and is the only life-bearing body of the system.

Needless to say the migration of the two giants led to the formation of two asteroid belts, one circling the sun and one in the habitable zone.

Is this solar system realistic? And are there specific guidelines to decide the masses of the other planets?

Is this solar system realistic? And are there specific guidelines to decide the masses of the other planets?

I put these conditions into Universe Sandbox and ran the simulation out a few million years. Yes, this system does work and is stable for that amount of time. 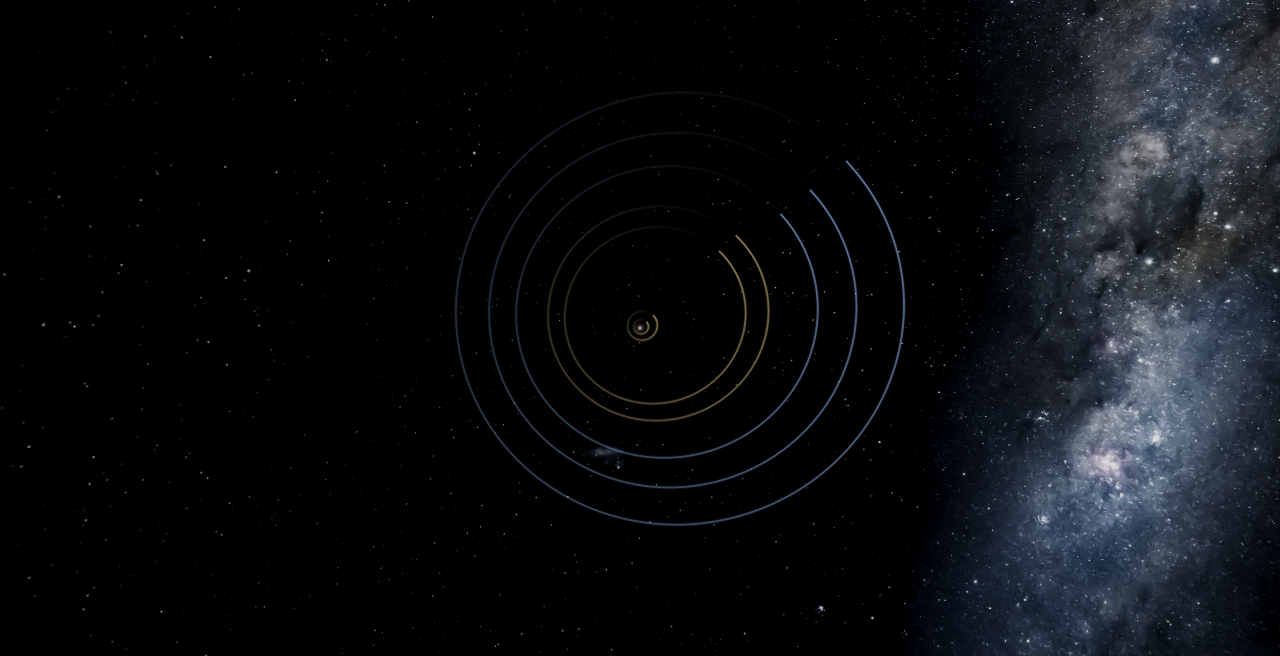 Not the answer you're looking for? Browse other questions tagged reality-check orbital-mechanics astronomy solar-system .

40
Habitable moon of a gas giant: working out the sizes and distances
4
Could this complex star system work in real life?
3
Feasible star + planet + moon combo? Did I miss anything that makes this system wildly unstable or otherwise impossible?
2
Is it possible to make a stable planetary system like this, and what would the orbits have to be?
10
A Habitable Zone Within a Habitable Zone--Would that Make any Difference?
3
Is this habitable moon formation scenario plausible?
0
Would my gas giant have rings?
2
Would This Solar System Be Stable?