Would ritual cannibalism of the dead lead to issues with disease?

Assume you have a culture that eats some or all of their dead at the funeral as a ritual, instead of burying the dead as we do. Assume somewhere between medieval and renaissance level of technology/science.

This kind of culture is not unheard of. The most well known (at least to me) is the Fore tribe of Papua New Guinea. As part of their funerary rights they eat the brains of the deceased.

This tradition led to Kuru, an endemic degenerative brain disease.

If this tradition were more wide spread there are ways it could (health wise) work and ways it would end very very poorly.

Disease is certainly a concern, humans are, in many ways...disgusting creatures and death makes us no prettier. Additionally as @TomLeek mentioned diseases in the human to be eaten are obviously communicable to other humans, which isn't nearly as large a concern when eating other animals, exceptions like bird and swine flu as well as ebola not withstanding.

@dsollen, in response to your question in the comments there are some portions that would be relatively safer than others. Muscle tissue and certain organs (the same organs that we eat from other animals, heart and liver for example) would be less inclined to promote disease than the nervous system, the GI tract and the respiratory system.

The kicker here is that human disease spreads in only so many ways, primarily you are talking about those portions mentioned above, blood borne diseases, diseases that are caught like the flu via the respiratory system, and lastly diseases that enter via the GI tract.

Avoiding the respiratory system and GI tract is easy enough but blood borne diseases would be virtually impossible to avoid if you didn't know it was present due to the fact that blood of course permeates every part of the body. And blood borne diseases are generally really not good. The list includes HIV, Hepatitis, Hemorrhagic Fever and while slightly different West Nile Virus and Malaria (these are, as the article mentions) vector based diseases generally caused by insects.

Some general notes to make this tradition safe(r) 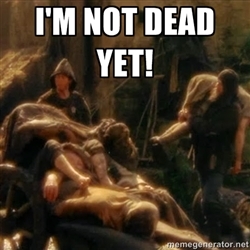 Cultural traditions that could come from this are potentially there. Your idea of the old being unclean isn't difficult to imagine...when the body stops functioning fully things get gross.

The opposite could be true as well, maybe the young could confer a health bonus or revive those that are older from certain ailments and allowing the dead to live on in those that partake.

Eating hearts could give you courage, eyes wisdom, genitals erm...prowess, and so forth.

According to the wikipedia article on Kuru there was a study on the populations that identified a prion-resistant version of the protein.

Imagine a population that grew genetically on this trait: individuals without it will suffer from a prion disease and die off, meanwhile the trait will become more common in the population. Fast forward several generations in a culture like this and we could see a generally healthy population with very little prion disease.

However those that do suffer from Kuru with shaking and bursts of laughter may be viewed as shamans or other spiritual members of that society. Perhaps having a percieved connection to the land of the dead.

Speaking as a chef who is certified in food safety, sanitation, and hygiene, I can tell you that there are a number of variables which would have bearing on the question of whether eating the dead would cause health problems. The safest way to conduct such rituals would be as follows:

Very risky - especially if you eat the brains.

This was the main cause of the 'mad cow disease' epidemic. Firstly cattle were being fed with the remains of deceased cattle. Secondly this spread to humans.

The main risk is from nervous tissue - brain and spinal cord. These are now prohibited from the food chain in most first-world countries.

Judging from actual rituals (of hunters, warriors, shamans etc.), which – except for symbolic communion – I only have anecdotal knowledge of, there are several parts of the body that would be more likely to be eaten than others. They all come with risks. It’s rather unlikely that human steak would be served at the wake. What to expect instead, also depending on who mourns, who died and how and when:

Not the answer you're looking for? Browse other questions tagged reality-check culture diseases medicine or ask your own question.

9
Might a ritually cannibalistic society gain a head start or have an advantage in the study and development of the sciences?
6
Cultural beliefs, practices, and prejudices of tribes practicing ritual cannibalism

7
Will this approach work for a time traveler to recreate penicillin?
2
Could bringing back the dead be unhealthy (disease)?
6
Cultural beliefs, practices, and prejudices of tribes practicing ritual cannibalism
6
Mass disease prevention: The feasibility of airborne vaccines
8
How can a pre-modern culture survive a sustained invasion accompanied by epidemics?
3
Why would my advanced Dragon society forbid their young adults to engage in sexual activities
7
A deadly disease, 95% of the population dead, suppresses or alters memory in unpredictable ways
7
Drop dead disease