Could small creatures stick to each other magnetically like metallic marbles and would it be effective?

We've all played with those metal marbles at some point, they stick together through our hand and it's fun, albeit a little painful. So I've been wanting to use that in my creature designs for small crab or possibly snail-like creatures. Like the scaly-foot snail they would have iron as part of their shell/exoskeleton and would magnetise it using electricity. Some critter have copper based blood, which gives us all the materials to magnetise. They would either consciously generate pulses of electricity to stick together or the shell would be magnetised over a period of time when exposed to their shocks.

The small marble critters are armored to protect them from smaller threats, but their small size means they are vulnerable to being picked up and swallowed whole. As a counter measure they cluster together, guided by electric pulses, and stick together in large clumps. As they are not very dextrous critter they mainly rely on this tactic to protect themselves, rather than hold on using their legs.

So in short: How do they magnetise? And how strong would the attraction be? Would it be enough to protect them from let's say a crane?

They could feed on magnetite, or on iron oxide and then turn it into magnetite,

Magnetite is a mineral and one of the main iron ores, with the chemical formula $Fe_3O_4$. It is one of the oxides of iron, and is ferrimagnetic; it is attracted to a magnet and can be magnetized to become a permanent magnet itself.

and accumulate it into their bodies in small, bar-like structures, present in even number. While doing so they would stand still, in order to allow the structures to align their magnetic dipole with Earth magnetic field.

Then they would flip half of them by 180 degrees, so that their total magnetic dipole would be 0, unless they align all the bars together, in order to have a non 0 magnetic dipole.

When they do it they will clump together like small magnets.

Primitive bigender organisms that lived billions of years ago in our young solar system, within the remains of the accretion disk around the sun. They were ca 5 millimeters in circumference and 4-10 millimeters length, with no senses or eyesight and living in deep space. Thrived on photoelectric energy, hydrogen, traces of phosphor and oxigen (carbonates) and asteroid matter, containing lots of iron.

There was little danger of predators for this early lifeform, the use of magnetism to form strings for protection occured in a later stage of its evolutionary development. In this stage of its evolution, the creature used magnetism for procreation. The magnetic field allowed isolated magnetoids to find each other's compatible organs over long distances.

The iron core of the creature is surrounded by nerve tissue, allowing circular electric currents to activate magnetism, whenever an energy surplus became available. The creature kept its magnetic field on most of the time.

The expected lifespan of this animal was about 3 million years. A mating ritual could take thousands of years, moving very slowly toward eachother in space. I'm not a real blender artist, below my attempt to visualize two Magnetoids in orbit, about 2 earth years before the actual mating moment. On approach, the animal lowered the intensity of its magnetic field, saving energy for the mating heat. During 200 years of mating, the organism corroded its iron core, the longest one got split in two parts, yielding offspring. 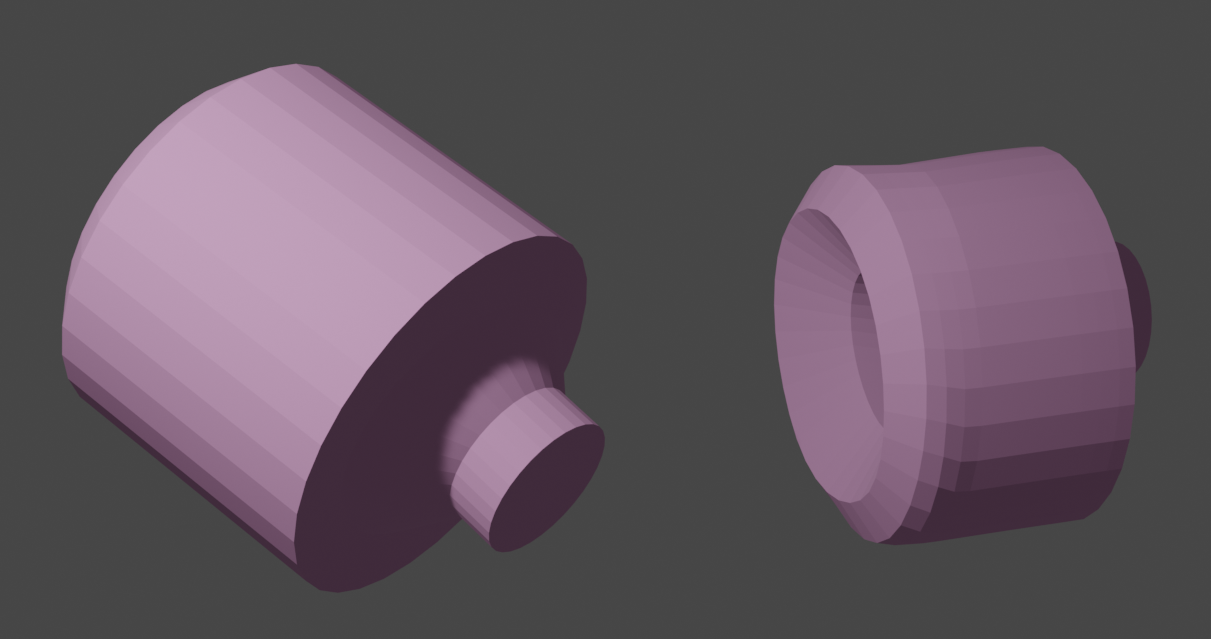 Not the answer you're looking for? Browse other questions tagged reality-check creature-design magnetism or ask your own question.

9
Ice and sand deserts next to each other
7
What language would droids use to communicate with each other?
37
Can 3 planets rotate around each other like this?
60
Could extreme climate zones exist next to each other?
5
How effective would an iron sulphide carapace be at resisting small-arms gunfire?
4
How could physical fitness and arcane magic be linked to each other if they operate differently?
4
Egypt and Israel. Would ever ally with each other?
8
What would prevent chimeras from reproducing with each other?
4
Could two separate creatures' health, or life, be dependent on each other?
1
Could whale-sized creatures propel themselves through the sea by expelling water like a cephalopod?