What would be the best design for a resistant and fast humanoid leg?

On one side plantigrade posture provides more stability and energy efficiency while standing due to having more contact with the floor and in the case of humans more energetic efficiency for long-distance walks at low and medium speed, due to a "double pendulum movement", which impulse the leg below the knee by its own inertia, saving energy. On the other side, digitigrade and unguligrade provide more speed increasing the mobile segments of the leg, also increasing the stride distance and it looks like in the case of bipedals (but more specific the humanoids) it could increase the pressure from weight over a smaller area.

This question will be highly related to this other one: How to correctly insert a kangaroo like balance and support tail in a humanoid? but this time focusing on improved leg shape or design which would combine many remarkable features.

The problem with this is that no extant or extinct digitigrade bipedal creatures are known as having a walking endurance as humans, like many dinosaur species and sthenurine kangaroos (which walked on hoofs, so maybe more like unguligrade). I don't have any knowledge about high resistance bipedal dinosaurs, the most of them could be ambush predators with fast bursts to catch preys, and with the sthenurine kangaroos being more like slow leaf searchers which walked between trees to search food.

For the part of walk resistance, canines are the second ones after humans, have digitigrade legs and honestly are not behind at all of humans (just in specific conditions), horses are another group of animals with a high speed and resistance during relatively long time and are unguligrade. The problem with these two is that are quadrupedal, reason of why the problem that I mentioned about the weight and area distribution is supplied by having four legs in contact with the floor.

That let with the possible better examples (?), to develop this, ostrich, which I remember to read, have been seen running to 50 km/h during 15 km, this thanks to the energetic tendons of its legs, kangaroos also have energetic legs but with another kind of locomotion, increasing the step by jumping, the problem with both is notorious different posture compared with the humanoids and so inferior energy saving at slow motion.

I am gonna add to example images to compare between possible designs and how mix the features to get the "universal" most versatile possible leg.

This image shows how a human leg would look if it were shaped similar to dogs, horses, and flamingos, in order from left to right (the leftmost picture shows a normal human leg). Image by Satoshi Kawasaki. 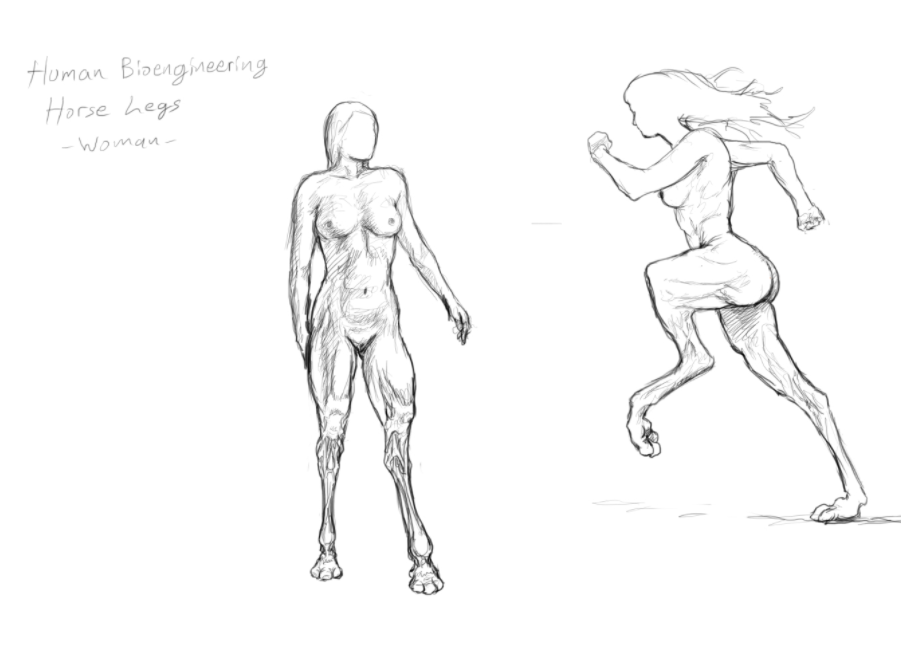 This image for an unguligrade human shows notorious changes on the legs proportions. 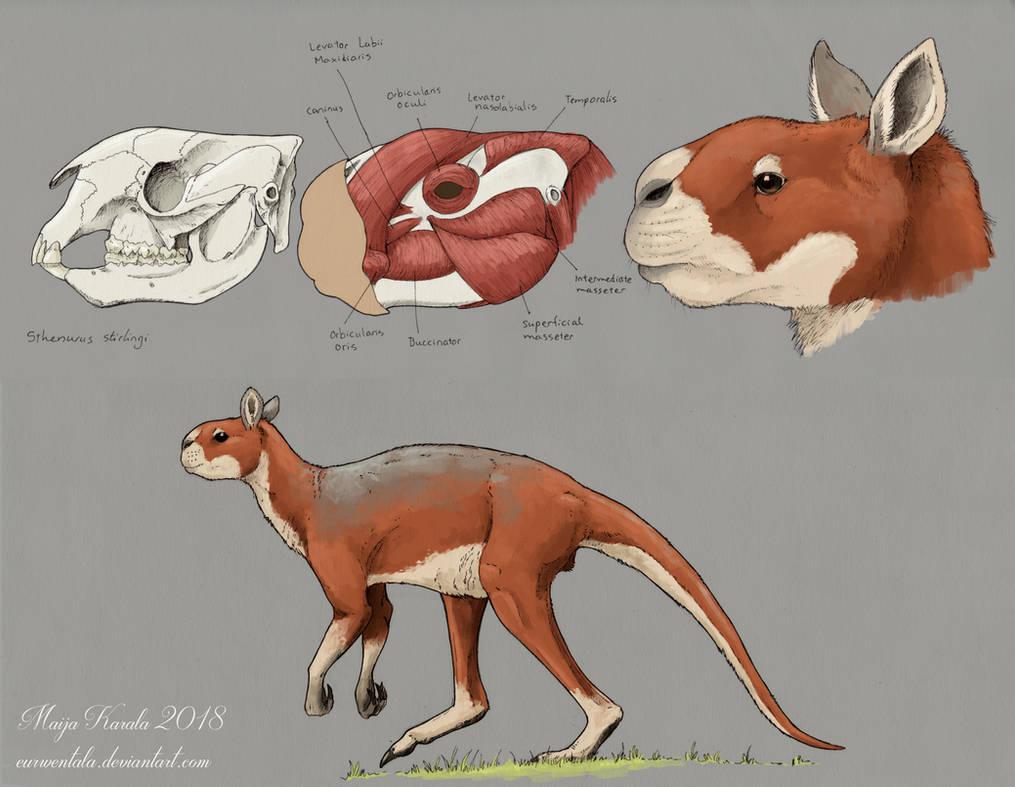 And the last the Sthenurine kangaroo, putting focus on the legs, with a hoof and changing between ungulidrade and digitigrade.

This question is basically asking for help to solve what combination of characteristics and mechanisms would allow this "universal" leg for a humanoid to function, what anatomical changes would be required, changes in proportions in the bones, muscles and joints. For example one of the solutions that I considered is some kind of locking but I am not sure how it would work.

it depends on what you want the leg to do

You're asking for an energy efficient and fast pair of legs that allow a human to run and walk with maximum energy efficiency. My answer to that is to look into the legs of ratites, particularly ostriches.

You see, the key to why ostriches have energy efficient legs lies not only on the skeletal structure itself, but also on the muscular structure: the absolute majority of the ostrich's leg muscles are located near the top of its legs, close to the Body, while the absolute majority of the movement in the lower regions is reliant on tendons extending from these muscles. For a better comparison here's how different our muscle positioning is from theirs: 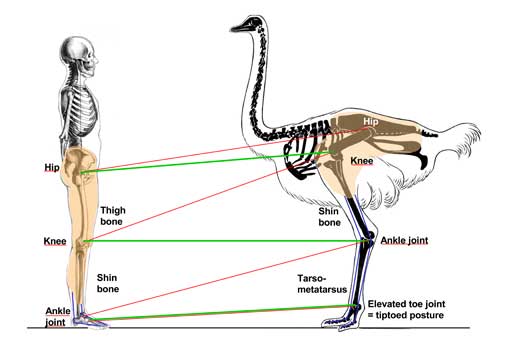 This association of elastic tendons allow them to loose minimal kinetic energy while moving, especially while running, while the muscle positioning ensures that the extremities of the leg are as light as possible and thus require less energy to move. Couple that with their trademark 2 toes, which provide the necessary traction without overdoing it (I sincerely couldn't exactly understand why exactly 2 toes is the best, just that it apparently is) and you got yourself the closest thing to a perfect leg for maximum efficiency. The rest of the work would be to ensure these legs have the space they need to anchor all these muscles. You might want to change the hip shape of your humanoids.

HOWEVER the ostrich leg has another major difference, and that is where I complain about their leg design: ostriches are the fastest and most energy efficient bipedal runners in the animal kingdom as far as I'm aware, but you know what they can't do even if their lives depended on it? Climb for dear life. In addition to minimizing muscle mass in the lower leg region and maximizing the use of flexible tendons in these extremities to keep kinetic energy loss to a minimum, there's one other key adaptation in cursorial creatures like horses and ostriches: minimizing sideways joint movement through an association of ligaments. Here's a quote from the link I posted:

A wide range of joint motion allows humans to climb trees or ballet dance, but this flexibility has a cost. When we run, muscle power is used for propulsion but also to prevent sideways joint movement, thereby increasing our energy requirements over a given distance. I suspected that ostriches had a more efficient approach.

Animals that don't need to and most of the time cannot climb anything due to living in predominantly plane regions where one of the only real strategies to survive is to outrun your predator. This environment better allows for the selection of creatures whose anatomy optimizes moving fast in 2 dimensions (your only options are straight line, left and right), meaning sideways motion is virtually useless to them, as the factors selecting them are "maximum" speed and "maximum" energy efficiency while using that speed (by maximum I mean only enough to allow them to survive and reproduce. Natural selection isn't a perfectionist), while arboreal creatures need to keep that movement because they are often pursuing or evading something while moving in a 3 dimensional fashion when suddenly up and down are viable choices.

Humans naturally came from a more arboreal group of ancestors, and our evolutionary history did not require us to maximize efficiency while running on the ground. A decently efficient walking pace allowed us to hunt our prey a and the invention of tools and group dynamics allowed us to defend ourselves from (and evetually cast "skidalle skinct you're not extinct") on many of the creatures that posed a threat. Thats most likely why today we're clearly not the best runners but also haven't completely lost the ability to climb a tree. For these and other reasons ostriches are the fastest running bipeds on the planet, but are completely incapable of sitting on a chair or climbing a tree, their lack of leg flexibility basically won't allow it.

So summing up: it depends on what exactly you want. If your goal is to get a leg that is essentially perfect for fast and efficient bipedal locomotion, but that will also make walls and a tall enough fences into absolute obstacles (unless you have the leg power of an emu and the fence is 6 ft tall, then you can probably jump over it with enough skill) using the anatomy of ostriches, or at least that of ratites is the best way to go (I don't exactly advise horses for anything other than seeing the similarities in their approach, since they evolved to work quadrupedally while ostriches are adapted for exclusively bipedal movement). If you do not want to compromise those movements, you'll have to settle for something that's not as great as running but also not the best at climbing. Changes to promote the loss or fusion of most of the 4 digits in the foot and modifications to the thumb should probably also be on the way.

Also, if you're having problems picturing ostrich legs on a humanoid body, maybe this view on what a potentially "perfect" human body would look like will help: 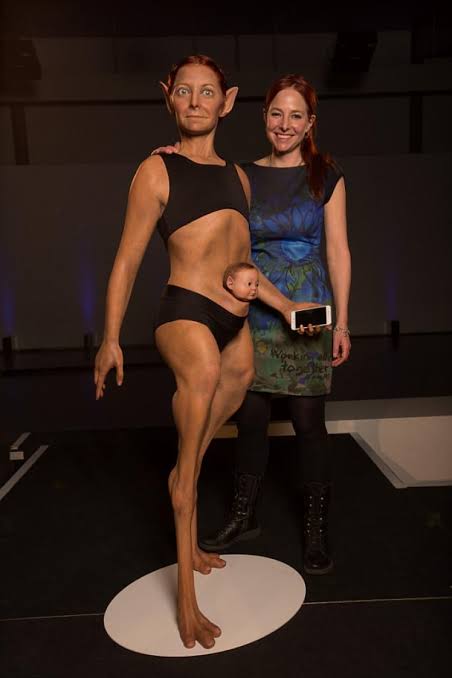 And as for how they'd move, probably a mix of how ostriches walk and what you see in this video

A bit of ostrich and horse 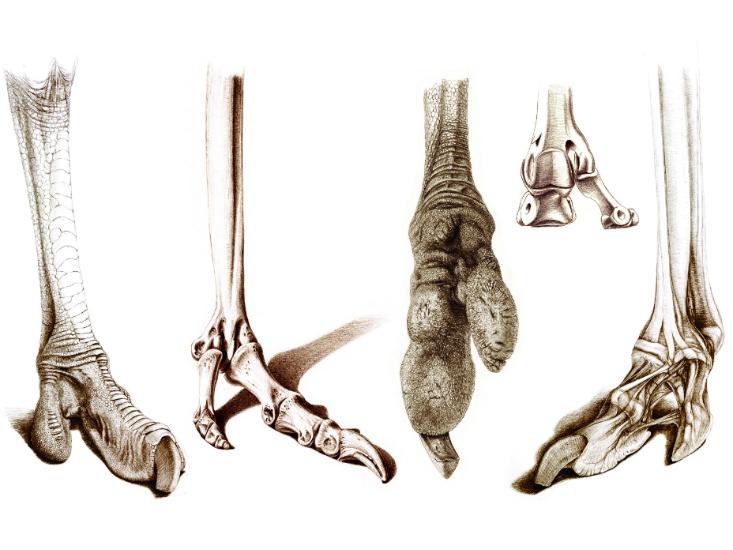 As you mentioned Ostriches can run 50km/h for 15km. This is partly due to their feet which have only two toes, a minimalist design which offers good balance. Compare this to human feet which have lots of useless bones held together by cartilage and you see that this is altogether pretty good. 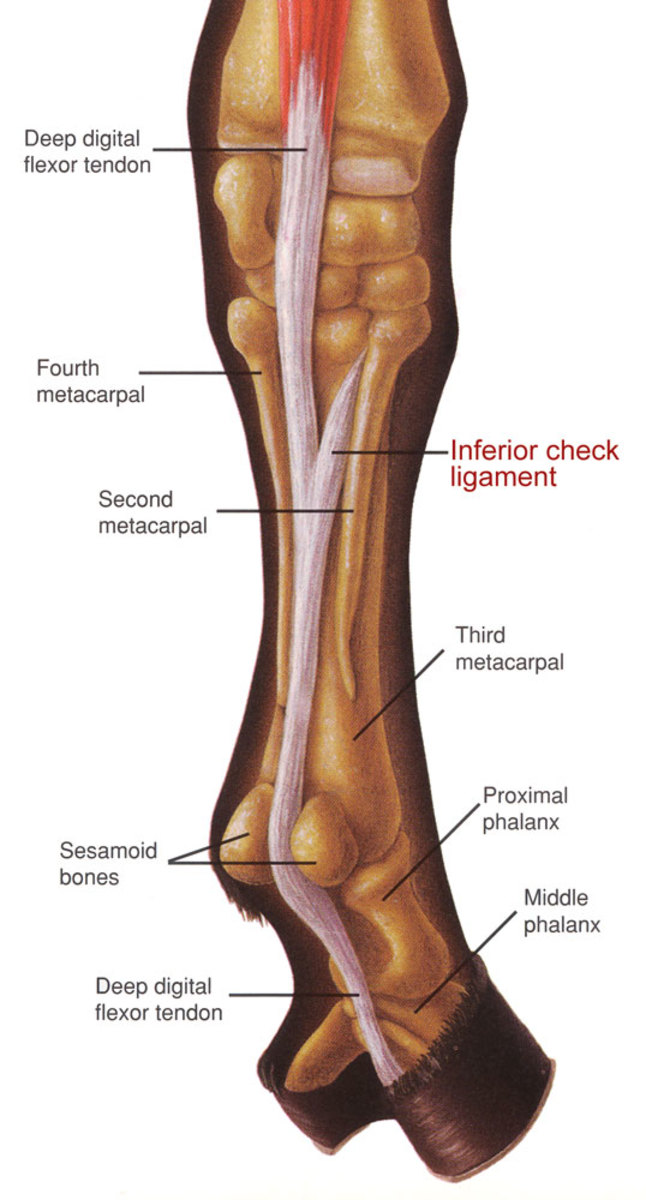 Racehorses can run at speeds of 60-70km/h. This is thanks to the tendons in their legs that act as springs, storing kinetic energy when the “foot” is pressed down and releasing it again at the end of the stroke. Although this design is quite frail and prone to injury it is a good bonus for efficient running legs.

The ideal running legs for a humanoid would be able to transition between plantigrade and digitigrade, walking on soles and running on toes. This offers the best of both worlds, stability when walking and speed when running.

Not the answer you're looking for? Browse other questions tagged science-based creature-design anatomy humanoid bio-mechanics or ask your own question.

6
How to correctly insert a kangaroo like balance and support tail in a humanoid?

25
Humanoids with digitigrade legs?
32
Are hoofed bipeds feasible?
6
Why would a biped evolve into a monoped?
3
How get functional arthropod-like legs for carry great weights?
6
How to correctly insert a kangaroo like balance and support tail in a humanoid?
4
How much can be modificated the humanoid body plan and still being able to perform the high speed throwing?
9
How to design a humanoid with facultative quadrupedism?
9
Are there any major problems with my creature design?
6
which is better for swimming? plantigrade or Digitigrade