Cipactli is a monstrous deity from the Mexica/Aztec culture characterized to be insatiable, primitive, and represent chaos and disorder.

Representations combine features from different animals, principally reptiles and fishes, like crocodile body or snake like. In other representations, with shark fins or more similar to saw fish.

These features might vary in proportion to make a representation of Cipactli, but the main one features to have some kind of Cipactli is a body divided by 18 parts or segments with a mouth on each conection or joint between them. 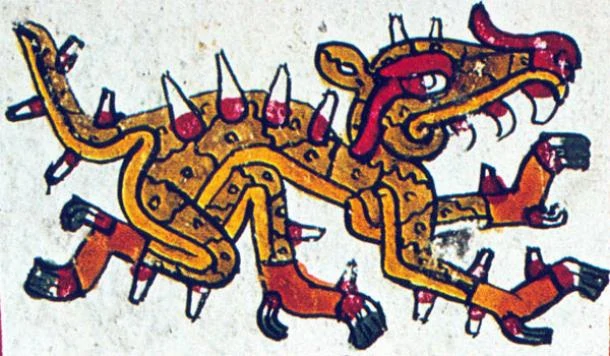 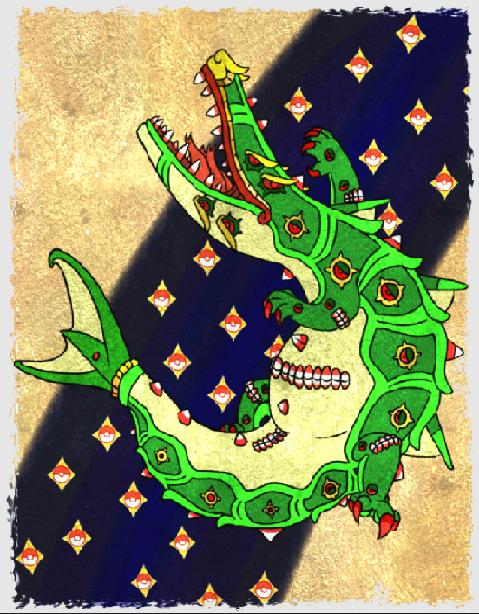 In general I'm asking about the entire features of this creature, "how could be an anatomically correct Cipactli?"

With the main aspects that are:

There are 18 idential siblings that got entangled in the womb / egg, and have developed into a beast orientated mouth facing outwards.

Conjoined tuplets, or "siamese twins" do occur in non humans; although currently they dont quite get up to 18 presently. 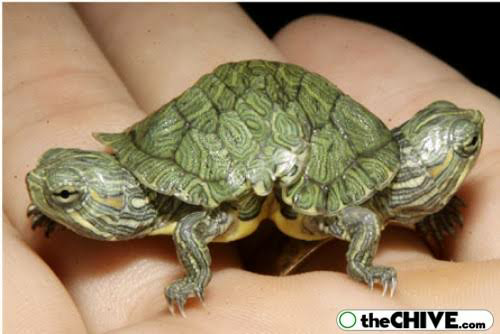 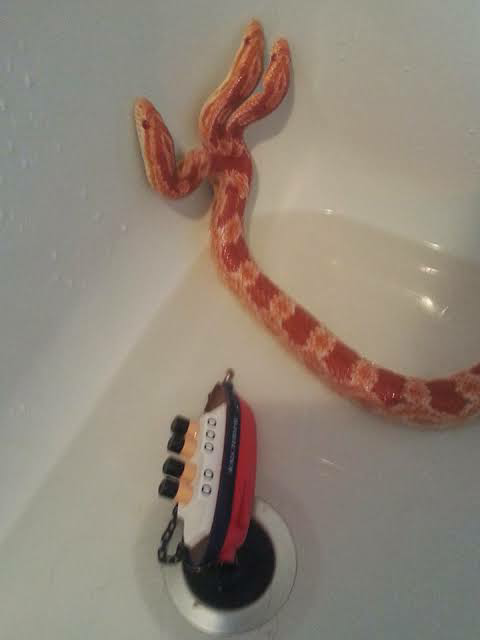 Starting with a species roughly resembling the desired shape and litter sizes of about 18. A mutation happened in the mother making her more likely to produce conjoined offspring. Eventually something resembling your picture is created when 18 children all grow together.

Looking through pictures of conjoined animals on Google image search split plane and angle seems to be open to all sorts of crazy creations, so something loosely like the ciplatcli seems plausible if 18 siblings are merged together.

Waste needs to go somewhere outside the creature exterior, so presumably theres some exit orificies not shown in the pictures.

Perhaps the 18 creatures form a rough donut shape, with waste products coming out the interior? This would prevent anyone from sneaking up on it while busy.

Why it's still alive long after the one-off mutation is a mystery. Perhaps the original creature had the ability to transition genders (think Jurassic park), leading to interior-facing genitals self-fertilising their identical conjoined siblings. This inbreeding would clone the original mutation, so I imagine each segment would be capable of bearing a complete conjoined litter of 18 child sections merged into one creature, 18 merged children, each a full clone of both the parents.

The 'mouths' could be pockets in between gastralia. The gastralia would be enlarged to form the jaws, with tooth-like scales on the outside. These belly-mouths could be used to grab prey that is too far from the mouth or limbs. This means that such a feature would require a rather long serpentine form

Not the answer you're looking for? Browse other questions tagged biology evolution mythical-creatures anatomy anatomically-correct or ask your own question.