How to justify the rediversification of tracked cannon armed vehicles

While there are currently many frontline combat vehicles. (MBTs, IFVs, ATGM Carriers, etc.) Out of all of them the MBT (Main Battle Tank) is the only tracked cannon armed vehicle that remains, sometimes you get a light tank (but only for rapid deployment purposes) or the occasional IFV that with 100mm low pressure gun. But currently the MBT is the only thing that remains in terms of frontline tracked cannon armed vehicles. In WW2 & the immediate post war (up to ~1960) there was a variety of cannon armed & tracked vehicles used for many things such as tank destroyers, heavy tanks, assault guns, light tanks, (used in a role beyond "We can't get an MBT there.") & the Cruiser/Infantry tank divide of the British. You even had the occasional superheavy. (Though not ever used almost every major power had a go at making one.)

Currently in terms of tracked large cannon vehicles we just have the MBT. The death of the range of tanks previously used (replaced by the MBT) was that automotive technology had hit the point could be armoured, travel quickly & have a big gun without compromising other characteristics. This won't go away any time in the future.

So what could cause the comeback of tank variety in the near future? Without making people stupid (no treaties or significant technological regression) or adding unobtanium.

Edit: when i say frontline i mine line-of-sight combat vehicles

To go back to more types of armored vehicles with tank-caliber cannon, you need to have a role or roles that each type of vehicle is effective at more than any other option. Diversity of tank-like armored vehicles ended because the roles those vehicles played no longer exist so we have to contrive a way for them to return.

One way to do this is regression through technological progression as done in David Drake's "Hammer's Slammers" universe. In brief,

This gives a regression to a WW2-like battlefield environment in spite of advancements in tech where tanks return to being the irreplaceable spearhead for battles, becoming the only means for defeating fortifications (since airstrikes / cruise missiles are no longer effective), countering IFVs with their cannon (since anti-armor missiles are no longer effective), and, of course, killing other tanks. Given this environment, one can imagine that tanks re-specialize into being better in some of these roles than others, returning the diversity that you want.

I give this opinion as a former tank gunner.

The large gun on an MBT is an important weapon it has, but by no means it's only. In certain situations it degrades even to the point of being an inconvenience. The gun also doesn't make up the largest portion of the tank's weight or it's volume, including ammo. The gun is almost secondary to the point.

A modern MBT will rarely combat other tanks. The role of an MBT is largely to be able to attack across killing fields (areas with no cover.) while supplying heavy fire. The important part is that the tank be largely impervious to most weapons that might be used against it, hence the completely ridiculous amount of armour. In essence, to supplement tanks you don't need something that matches them for firepower, but something that matches them for protection and maneuverability.

With the advent of triple lining anti tank warheads, which make static armour an impractical proposition, and the advent of active missile protection systems for mobile vehicles (like on the m1a2c abrams) it is becoming more and more likely that a faster, smaller, lighter armed vehicle protected mainly by active missile defense will emerge. I even heard of one at some point.

So what could cause the comeback of tank variety in the near future?

MBTs are the result of an evolutionary process of development that went through tanks of various configurations. The fact that every army employing AFVs in this way has reached the same endpoint (MBTs) should tell you it's the optimal solution for what you are asking for (line of sight heavy cannon vehicles for general purpose warfare).

What would change that is specialization. But we already have that and you have rejected it.

The problem here is your emphasis on large cannon and frontline.

Tracked is a necessity for mobility of a large vehicle on general terrain.

The whole point of all the other vehicle sizes up to roughly the end of WW2 was that they deployed different levels of weapon and armor and speed. You don't always need a large cannon - it's overkill for many situations. So you got light tanks, medium tanks and heavy tanks (and so-called super heavies). The main difference is what they are expected to do, which brings us to your requirements.

You also need a fair turn of speed and there's no point in having a large cannon without a turret or the gun is basically useless on the frontline. Turrets have weight, lots of it, and need protection.

But you want a frontline "line of sight" vehicle. No can do.

To put an AFV with a large cannon in the frontline in line of sight with the enemy (who definitely will try and destroy it) you automatically need lots and lots of armor. You also need close support protection like machine guns to stop pesky infantry from getting close, because big cannon shells are big and you don't have a lot of room for them, so you can't fire them off just to keep infantry away from the tank. You also have multiple types of shell for different purposes, so you have to be careful about ammo use. Which means you need machine guns and they also need ammo which also takes up space and require an operator.

You also need some speed and power to maneuver on the front line and that also means you need a big honking engine.

But you cannot go too big in vehicle size or you tend to stick out like a sore thumb (and attract a lot of fire) and cannot e.g. deploy in "hull down" formation like a sensible tanker will want to. Very large vehicles also tend to have problems in transportation (even normal roads and railways can have problems, not to mention bridges - weight limits are important). So you cannot build a huge tank without many issues.

The list of requirements you have result in an MBT. It's why we're using MBTs in that role.

This will not change in a foreseeable future.

Note that MBTs don't work alone. You still need infantry support, other AFVs that perform specialist tasks (you cannot make an MBT that does everything) and air support (not to mention AA support). Sending MBTs in alone is worse than useless. So you'll still have the level of specialization we already have (again evolved over time to be optimal). This is what combined arms is all about. MBTs are one aspect of a balanced force on a battlefield. 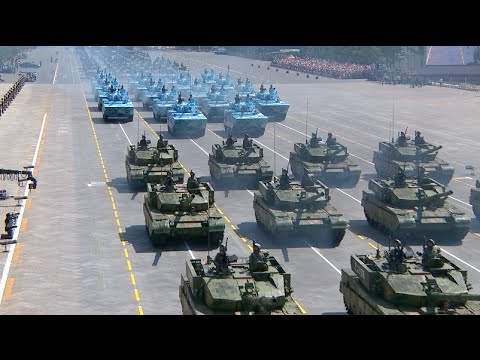 There are “tank countries” — countries where armored military vehicles and other machines of war are displayed visibly and constantly. These are countries such as Russia, China and North Korea, for example, countries where the military is displayed as much as a threat to citizens as they are a message to outsiders

Maybe France is a tank country too, since the Bastille Day parade he watched is what gave President Trump the idea that the US could have a parade with lots of tanks.

Cooper Minis with guns on the hood - ho hum. If your weapons are as much for show than for actual use, tanks are one of the best shows you can have. They are scary, invulnerable beasts! And for a show you could do them up even more. Railgun tanks. Laser tanks. Chromed tanks! Tanks with really long barrels, erected at 45 degrees! 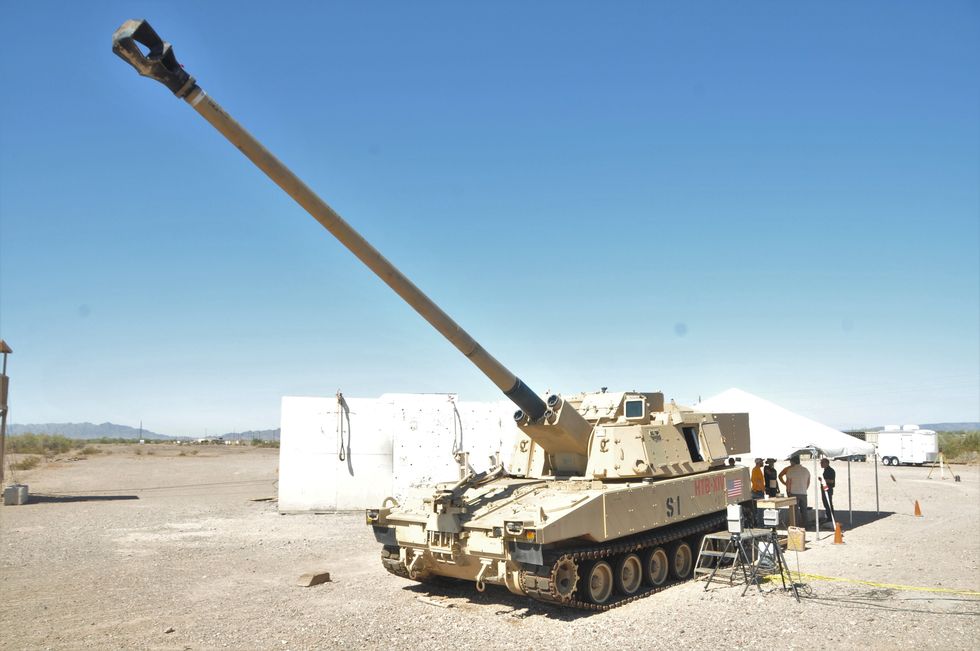 You could have your buffest soldiers in their summer gear riding on top, waving to the peoples. Exciting!

Not the answer you're looking for? Browse other questions tagged internal-consistency warfare near-future military armoured-vehicles .

5
What would make solar powered army vehicle possible?
7
Military Tank for an Interstellar War
6
Using electromagnets in tracked vehicles
3
How big would a giant pig need to be in order to carry a 10-foot tall humanoid on its back?
6
Recoilless Rifles vs Bazookas against non Mechanical Targets
5
What would replace/be the next evolution of tanks in the future
3
How could very large (but not that large vehicles) be used in combat?
2
Plausibility of tank-borne infantry in a world with very short sight ranges and rare, awful radios
2
What kind of support forces would accompany a one-noble armored fighting vehicle into the mountains on a propagandized anti-insurgent mission?