How to hide a continent? [duplicate]

Ask Question
Asked 6 months ago
Active 6 months ago
Viewed 159 times
-1
$\begingroup$
This question already has answers here:
For how long can I hide the discovery of a new continent? (15 answers)
Closed 6 months ago.

In one of my settings, there is a continent about the size of South America in this general area:

It's almost uninhabitable except for the natives and animals, is there a way to conceal this from technology like satellites and cameras? 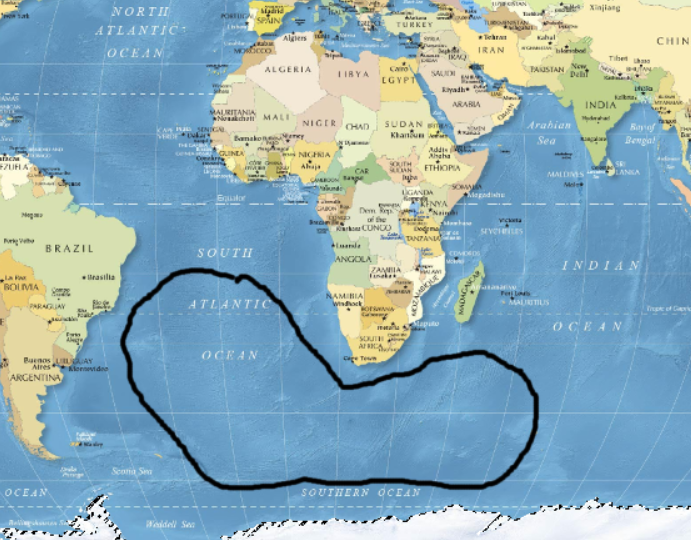 I'll focus on the satellite part as it seems to be one of your main worries. You put the "reality-check" tag, so saying no can be an answer :). Sooo...

In our world, no.

Just look at public satellite technology, like geolocalization services, the level of details is just insane. Peck, I can see my parents' car from above, and how gardens are decorated near their house. 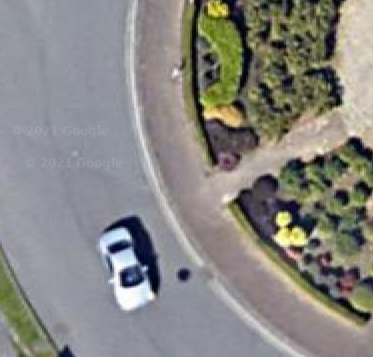 The white car on the photo is not my parents'1. It's just a random car taken near a roundabout around a commercial center.

It's what we, the civilians, can access. Military forces, which have strong needs regarding intel gathering must have spent money for even higher accuracy, especially when you know buildings or camps can be concealed from the sky. You'd have to best at the very least this level of accuracy over many thousands of km², replacing it with a blue, wavy sea texture that must be replaced as it is damaged and react correctly to weather conditions. Good luck doing this :p.

But let's try to go further than real-world and find a way to hide your continent. Perhaps there might be a way to do it if we change one thing or two?

In an alternate reality?

If you look at other works relying on hidden lands, like Stargate SG-1 Nox's city or Marvel's Wakanda country. What they share in common is that they work on a much smaller scale using very high sci-fi technology/magic. Scaling up things to a continent would probably be impossible even for these people.

A small-sized country is about how far you can pump up your audience's suspension of disbelief without making overpowered races/beings whose planets are as valuable as a jar full of cookies are to us. Based on how you asked your question, I doubt you are going for godlike beings, so I guess it's still a no :/...

Does changing the planet could help?

One way you might be able to conceal your continent from space would be to change the planet's atmosphere, like how Venus's gases is extremely hard to break-through visually. There are two problems though :

First, you might not be able to protect from all kind of equipments. Using a radar, scientists managed to create a picture of Venus's surface, showing the surface's relative height. With a topography of the lands and knowing the level of oceans, you can easily determine the location of continents and islands : 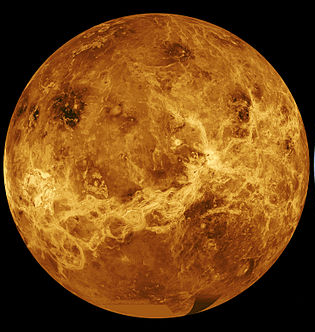 A "radiography" of Venus's surface2.

Then and most importantly, even if you find a magic gas which reflects every kind of detection, you will hide all continents from space, not only the one you wish. So... I am sad to say this is still not an option :'(.

I'm not happy to give you a negative answer, but I don't think people would find believable to have a whole continent hidden from today's detection technology. It puts a very high toll on one's suspension of disbelief, even with the help of sci-fi technology, magic or changing how the planet works. The only way I can see this through would be to use some sort of superior being (ie. gods) to do the job and make a magical land without any kind of explanation;

In others words, if you really, really do need to hide such a big piece of land, then your best bet would probably to let the mystery go on regarding why and how. However, this means you'll let a big hole in your world and story, which can lead you to many design traps if your targeted genre isn't suited for this kind of thing.

1 : Picture from Google Map. Usage under Google Map copyright policies and Fair Use (I think? I'm no American Lawyer).

2 : Cut-in-half picture from wikimedia commons, in the public domain.

Not the answer you're looking for? Browse other questions tagged reality-check technology concealment .

25
For how long can I hide the discovery of a new continent?

2
How would tectonics behave on a two continent planet?
14
Unsettled continent
9
How would a tiny robot see?
18
How could a town/city be annihilated without anyone knowing?
2
Is it possible to prevent colonization from the sea of one hemisphere from another hemisphere?
48
How tall can a humanoid creature be without alerting the rest of the planet with earthquakes?
1
How can I keep an area next to a mountain range from being a desert?
15
Is it plausible for a certain area of a continent to be/remain/become uninhabited for a long period of time?
4
Are the deserts in this continent realistically placed?