Ask Question
Asked 6 months ago
Active 6 months ago
Viewed 136 times
1
$\begingroup$
Closed. This question is opinion-based. It is not currently accepting answers.

The questing beast is a large wild animal

It mostly looks like a big cat, more specifically a mixture of a leopard and a lion. Unlike a big cat, they have deer-like hooves, and a head and neck resembling a serpentine body. The most notable feature is the sound it produces, which comes from the stomach and sounds like barking dogs

How could this creature arise?

It evolved from the pig footed bandicoot 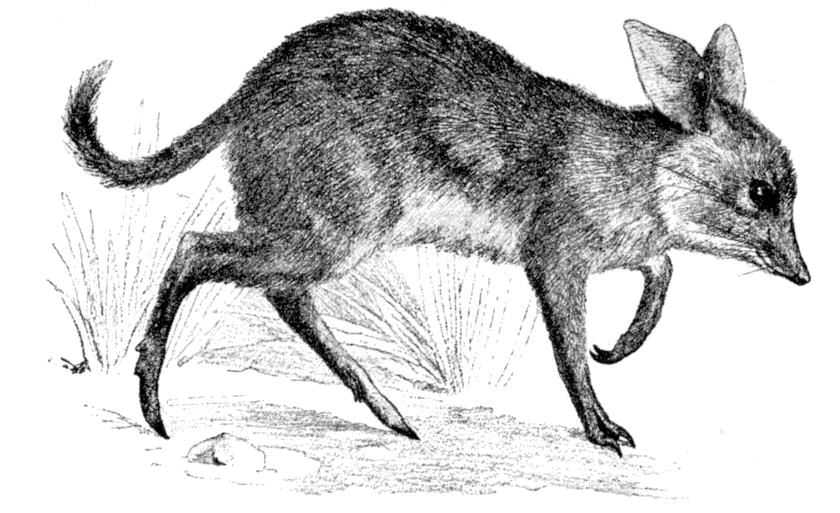 The vernacular description, pig-footed bandicoot, was given by Ogilby in his first description, a name ascribed by Mitchell's party.[2] Europeans settlers reported the species as resembling "small antelopes",[9] a simile that was reported by Bernard Woodward as persisting until their disappearance around 1900

Almost everything with hooves is an ungulate, and they all have long faces. Except this. One might call such a creature cat faced if one had not been around cats much.

The questing beast has converged on the giraffe, being substantially larger than other bandicoots, and like the pig footed bandicoot largely herbivorous.

From surviving eyewitness reports and analyses of gut contents, dentition, and gut structure of museum specimens, it appears that the Pig-footed Bandicoot was the most herbivorous of bandicoots; although captive specimens were fond of meat...

The questing beast is also not opposed to meat when available. The serpentine neck of the questing beast is an adaption like that of the giraffe, allowing it to graze high in trees and also see predators from a distance. The same goes for the coat which is spotted like a leopard - or a giraffe.

The questing beast could have evolved from a deer-like ungulate

The serpentine head and neck could be explained as an adaptation to feed upon treetops, like a giraffe. Unlike a giraffe, this creature may live in thick forests, which may require a more flexible neck

The sounds from the stomach, as well as the leonine/serpentine appearance, could be a form of mimicry, developed to scare off predators and competition

Not the answer you're looking for? Browse other questions tagged creature-design evolution mythical-creatures anatomically-correct .