How to make "humans" that can hold their breath for a long time?

Let's say I have an aquatic humanoid, vaguely like a selkie. As creatures that spend a lot of time in water, it would be great if they can stay under water for "a while".

The human breath-holding record is over 20 minutes, but this a) is exceptional, and b) such feats typically involve a lot of preparation.

What changes / differences from humans are needed to allow these humanoids to routinely hold their breath for, say, 5-15 minutes, and to be able to do so without significant preparation? In particular, what of these changes would be "noticeable", either to a human observing such a creature, or to a human that was somehow magically transformed into such a creature?

Basically, I'm looking for a humanoid that can dive, swim, and generally loiter underwater (in terms of time, anyway; mobility-wise they'd be essentially human) like a pinniped or a dolphin.

...and no, this question doesn't really help. 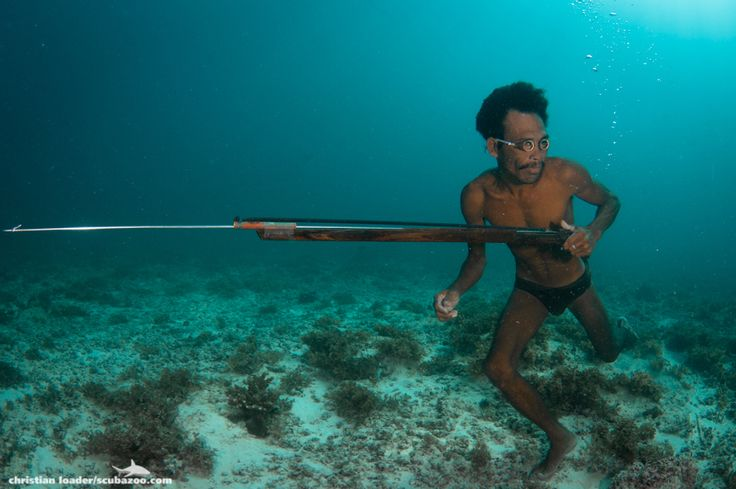 What you're looking for might already exist in a group of real people in southeast Asia known as the tribes of Sama-Bajau or the "Sea Nomads".

They live in a culture where diving is a way of life and spend many hours underwater diving daily. Over a long period of time, they seem to have developed some adaptations to help them dive better, as many of them can easily hold their breath for minutes, with some up to 13 minutes.

The main feature that allows this is an enlarged spleen, up to 50% larger than normal that can hold hemoglobin rich blood and release it during the dive into the bloodstream.

Wikipedia states that they also have genes that affect the constriction of blood vessels and others that regulate the PH of blood when carbon dioxide gets absorbed into the blood stream under hypoxia conditions. Another people similar in the region, known as the Moken, seem to have adapted better underwater vison than Europeans.

So what you want may very well be in the range of human abilities as we know it.

Myoglobin (symbol Mb or MB) is an iron- and oxygen-binding protein found in the skeletal muscle tissue of vertebrates in general and in almost all mammals. Myoglobin is distantly related to hemoglobin. Compared to hemoglobin, myoglobin has a higher affinity for oxygen and does not have cooperative-binding with oxygen like hemoglobin does. But at the core, it is an oxygen-binding protein in red blood cells.

High concentrations of myoglobin in muscle cells allow organisms to hold their breath for a longer period of time. Diving mammals such as whales and seals have muscles with particularly high abundance of myoglobin.

Move CO2 excretion to the kidneys.

The reaction that shows the catalyzation of carbonic anhydrase in our tissues is:

HCO3- and H+ are water soluble and the kidneys can get rid of them. Your people will need to make bucketloads of urine as they swim around. Fortunately they have a lot to drink, and they are underwater.

They need some way of storing more oxygen than normal (several haemoglobin mutations would allow for that, even if the most efficient would give them orange blood, and a different complexion). This plus a larger blood mass can easily account for double the endurance.

They also need to get rid of CO2. They might have specialized tissue at the back of the nose: when diving, they take in water from the nose, and eject it from the mouth, while the lungs remain sealed. Without the CO2 reflex, you can stay underwater much longer. You'll need a different reflex to warn about oxygen depletion - maybe spleen pains. Some oxygen can also be absorbed from the water this way, especially in cold water.

Then they need a slightly different anaerobic metabolism, to allow a greater lactic acid build-up. The lactic acid can be stored or expelled in the water through the skin. This will reduce the oxygen requirements, at the expense of increased glycogen reserve depletion.

Buoyancy control can reduce the energy required for swimming.

None of these changes is externally visible, and they should allow even more than the required 15 minutes.

I think one of the main problem that prevent us from holding our breath for long is the CO2 trigger (I am sure it has a better name but I don't know it) which forces us to breathe when the saturation level of CO2 in our blood stream reaches a certain threshold. This is why some people drown, because they instinctively take a breath of water, pushed by this reflex which made them "hungry for air", even though their lungs still had some usable oxygen.

The threshold for this mechanism should be moved to a higher set point. Part of the training of a deep apnea diver is dedicated to delay the onset of this reflex.

Another mechanism that would need to be in place is the limitation of blood flow to unnecessary organs during the dive/apnea, in order to optimize the oxygen usage.

Regarding depths, as a casual free-diver I can assert that at roughly 10-12 meters underwater it is a lot easier to stay down for a long time. I suppose this is thanks to compression (with about 1 atm pressure) of the chest so your buoyancy lowers and you don't expend strength and oxygen to keep pressing yourself down in order to "just float", as happens at smaller depths. So if fins or anchored rope helps me get that far down quickly, I can spend maybe twice as much time actively snorkeling than at a couple meters under surface. It does take a greater effort to swim back up though :) but jumping from seabed, or a few flaps with fins, take care of that.

One wet-suit I had had positive buoyancy, so diving in it was a very exerting effort :) I did not have weight belts, they could make sense. In colder water however a wet-suit can make a great difference for staying in water longer (spending less sugar/fat to warm up instead of to move), and note that deeper layers are often much colder than the top foot or two.

In many waters in fact having an extra layer of skin can make sense also as protection (think poisonous jellyfish of New Zealand/Australia region where even a silk-thin suit can save your life); swimming boots (or fins) may be important for foot protection against corals and sharp rocks.

This answer and further discussion at Quora: https://qr.ae/pGkl6J also details how swimming suits for sports helped reduce drag and make energy spending more efficient for swimming - to the extent that superb suits were forbidden for the sake of competitive sport. I suppose it too can help your humans stay underwater longer, so can be a part of the answer even without biology modifications.

FWIW, my "specs" are not stellar, though impress people nearby, with 2+ minutes sitting underwater holding on to something, or about half a minute swimming 25-30 meters across a pool (without fins).

Regarding further specialization, AFAIK some fluorine based solutions act as artificial hemoglobin equivalent. There were some solutions for medical injection/transfusions, known as "blue blood", as well as ones you can "breathe" into your lungs for fancy underwater oxygen-CO2 exchange, like illustrated in The Abyss movie. As an upside, that gets you rid of an air bubble that deeper sea pressure can crush in, so you are same-density water in and out and are much sturdier (no idea if that is pre-saturated with oxygen for divers; I doubt water per se has enough oxygen solved for a warm-blooded mammal to breathe).

If the humaniods spend most of their time in the water, you could adapt the skin so it absorbs more oxygen through water than human skin.
I'm not certain how to verify the stat, but I was told that about 10% of the oxygen consumed by the human body is absorbed through the skin. (The original source was authoritative but the subject of that piece primarily dealt with the effects of tarring and feathering on a human body. I'll update my answer if I locate it)

Drawbacks/tradeoffs could be that that they need to keep their skin wet with water every hour/day/whatever - similar to mythical creatures.

13
How could the blood be improved so that it can carry more oxygen?
3
Genetic modification needed for a human to hold breath for a few hours?

59
Is there a maximum size an ocean bound creature could grow to?
10
How realistic are four legged aquatic animals?
6
What would someone look like if he were really 'superhuman'?
4
What modifications are needed for my sea creature to able to hold its breath for weeks?
3
Requesting help with physiological merfolk concept
7
What sort of concern should someone with the ability to breath underwater be aware of?
7
Most effective gill design for a humanoid?