In my setting, among various other magical creatures, gargoyles exist. They're winged, horned, tailed humanoids (if you picture the Disney show, you'll have an accurate enough mental image to work with) that only become flesh once a month, during the 24 hour period humans don't know about that happens when the moon reaches peak fullness, where time completely stops for all non-magical creatures and the world is flooded with magic. This special "Moontime" magic is the only type of magical energy that gargoyles can absorb to sustain themselves, and so at all other times they enter a state of hibernation where they turn to stone until the next full moon, resembling statues in the meantime.

Being so incredibly helpless for the vast majority of their lives, they naturally rely heavily on alliances with their fellow magical creatures for protection from being damaged or destroyed while they're made of stone. However, that doesn't mean it wouldn't help a lot to know how to make themselves the least "smashable" they can be. So what follows is the first of a few questions I plan to ask regarding gargoyle best practices for minimizing the risk that they'll wake up next full moon with some part of them smashed off and needing to be regrown, or worse still not waking up next full moon at all. And the first of these questions has to do with what type of stone they'd want to make themselves out of.

See, it's not just some generic gray stone material that they turn into. When the full moon ends, gargoyles must be touching and concentrating on an object made out of a type of rock, be it a statue pedestal, a castle wall, or a cave, and their bodies will transform into whatever type of rock they were touching at the time, be that soapstone, basalt or marble. While they will be more durable than normal rock of this variety, these are just magical enhancements upon the pre-existing qualities the rock they turned into had, so the material they use as their base still has a significant impact on things like their weight and resistance to being smashed by hostile forces. And thanks to the advancements of modern society (say the late 90s), modern gargoyles find themselves having access to just about any type of stone in existence with which to use as their statue base. It's just a question of picking the right one for the job.

What material that meets the definition of "rock" would be the ideal material for gargoyles to turn into so as to minimize the risk of sustaining accidental or deliberate damage during the month in which they are otherwise helpless?

Diabase or dolerite is the strongest rock for your purposes, it is strong under compression, tension, and sheer. there are rocks that outperform it in one of these categories but nothing that outperforms it on all of them. But the most important one for your purposes Young's modulus, of which dolerite is king. It roughly correlates to how shock resistant the material is, how much the rock can flex before it breaks. Diabase is strong under compression and tension but not the strongest, but is easily the strongest in Young's modulus. Which means it is the most resistance to say a sledge hammer blow.

They are a common cause of cliffs all over the world as it is often deposited as a volcanic dikes and basically any other rock weathers much faster. lucky for you it is a commonly used rock where sheer strength and wear resistance are important. A lot of commercially sold "granite" is actually diabase. 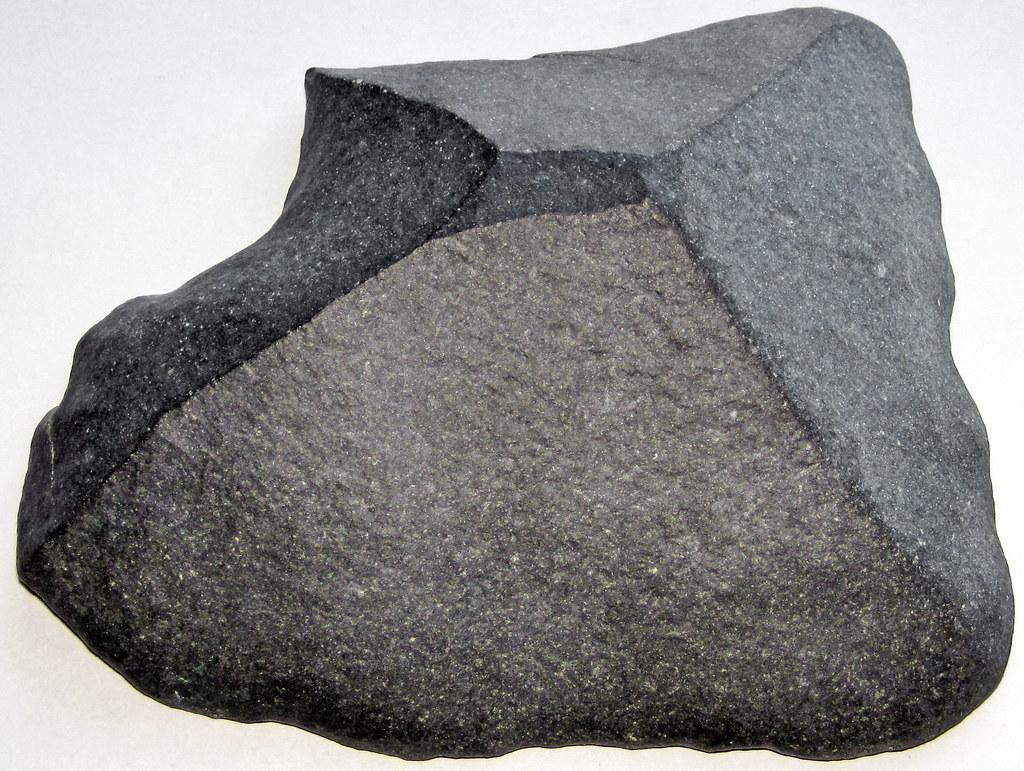 On this chart you want to look at the left most column, all the other are under heated conditions. 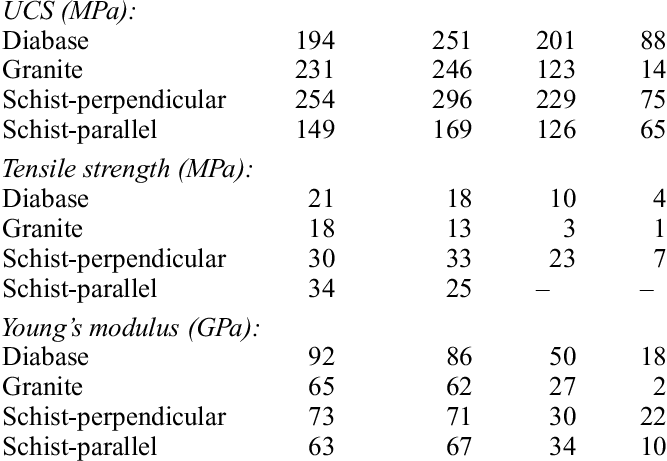 Paper on the properties of diabase/dolerite

Your Gargoyles should base their material upon whatever the local civilization builds their own statues and building out of!

Their safety comes not from physical strength and durability, but from anonymity. Mere structural strength would not stop anyone from deliberately destroying them, and virtually all rock is strong enough to resist inadvertent damage.

They should encourage the local artists to carve actual statues, ideally including statues of gargoyles, and mount them all over the place. Put an (actual) stone gargoyle on every building corner, and four at every intersection. Make the city look like Batman's Gotham City!

Which of the 102 gargoyles on this Cathedral are living, and which are carved? 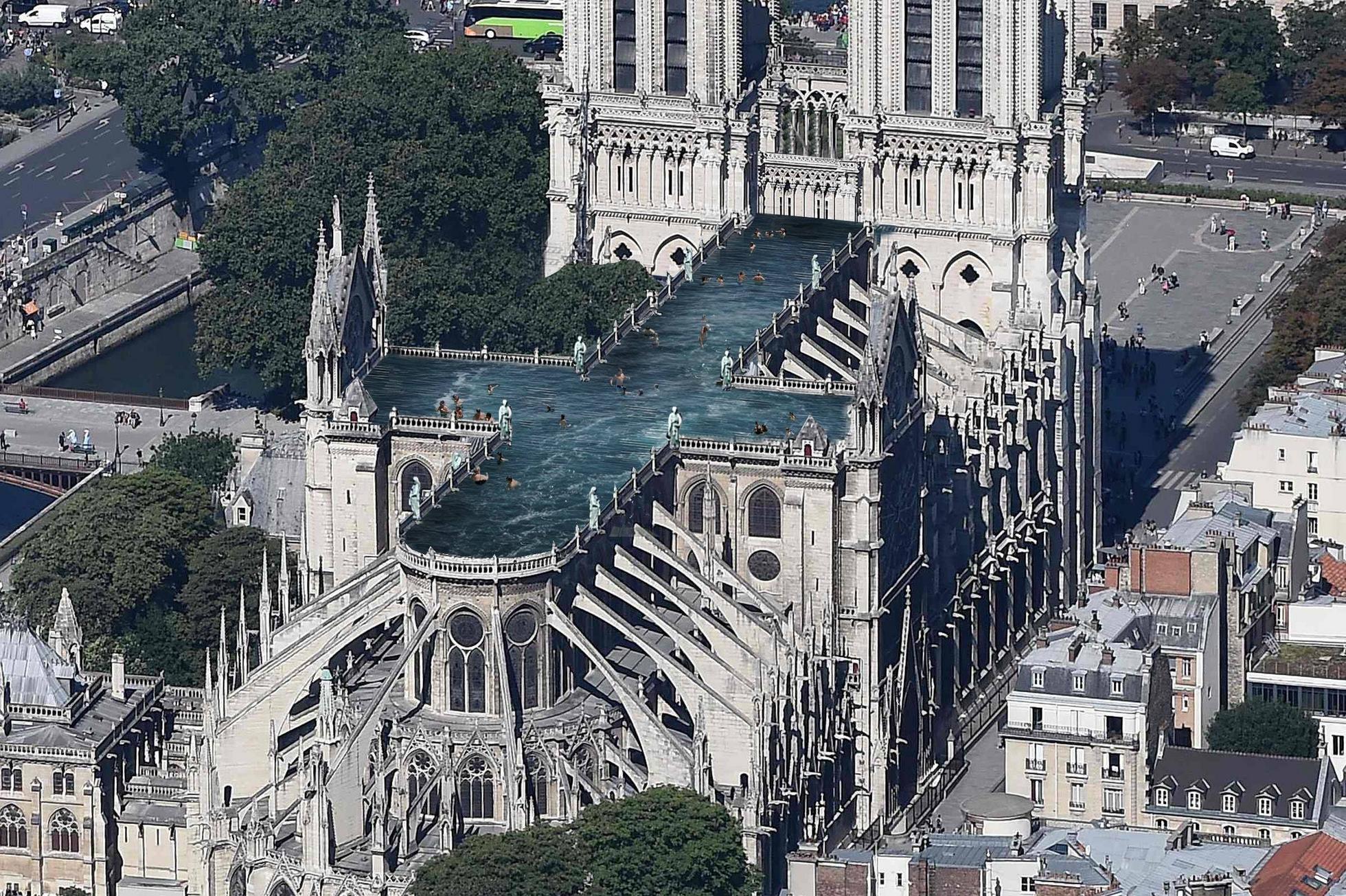 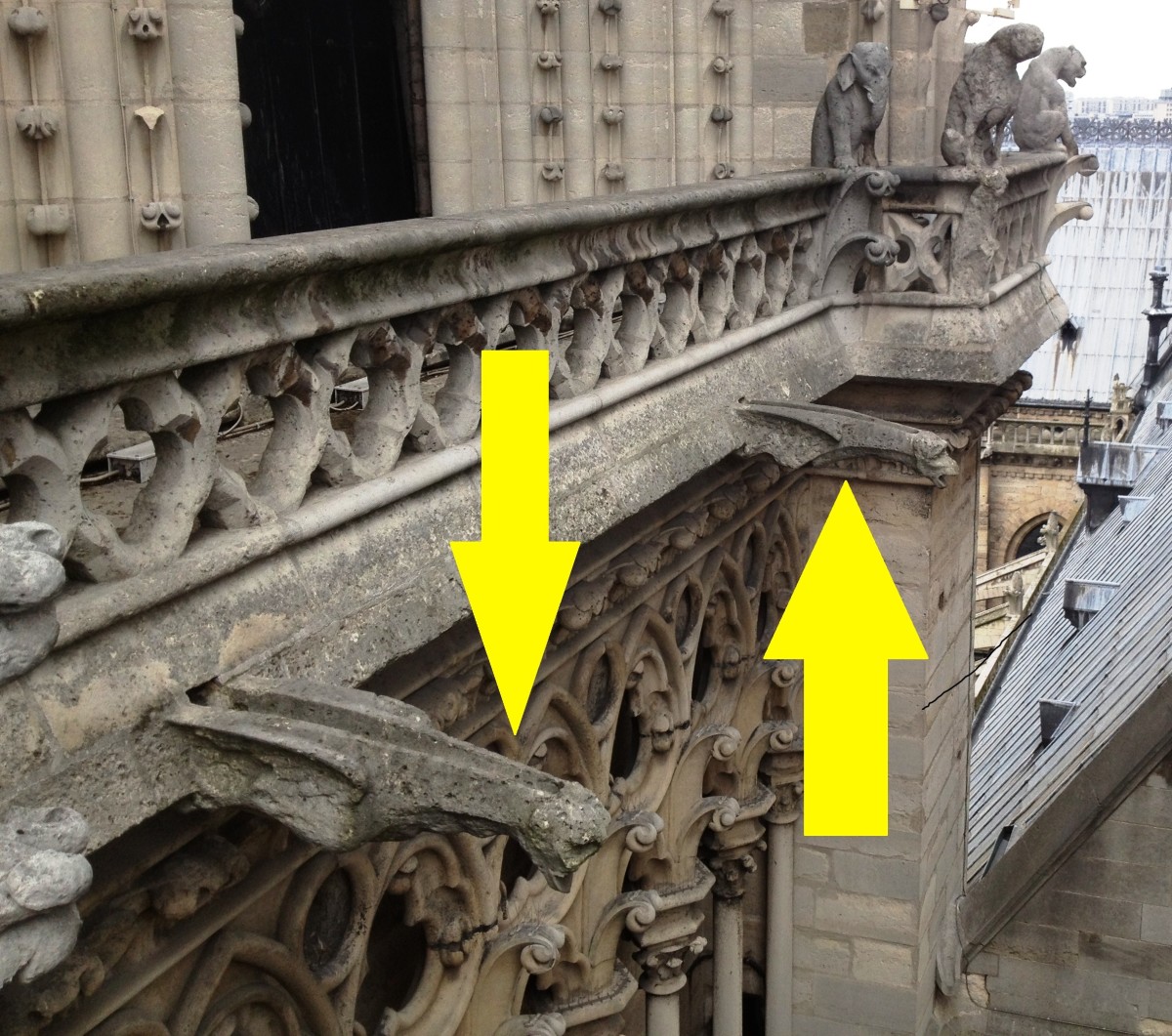 Not that one. Not that one either. Nor any of those three up there, or the two on the roof below. 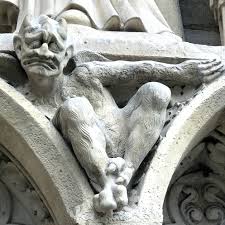 I suspect you are overthinking the whole situation: once every full moon these creatures come alive and dwell in the moonshine, therefore I assume their body become also capable of repairing small damages it has suffered.

Therefore the problem is not "what do I make this body of?" but "where do I park this body until next full moon to minimize damage?"

See, any living organism, which has the capability of repairing small damages to its body, in particular those who can move, has opted for seeking shelter when most vulnerable instead than going for a full unobtanium alloyed with adamantium and coated in mitril body. Same can do your gargoyles.

The chances that a stone is seriously damaged in a month is pretty slim, unless the stone is located in a quarry or similarly dangerous spots. So, just turn into stone in a place sheltered enough, and then take care of the small damages at the next full moon.

If you still want to go for a durable stone, I would go for granite: sturdy, hard and widely used in human buildings but also naturally available in the open, so that you don't have to worry about its presence where it's most convenient for your story.

Your gargoyles should have a list of durable rocks instead of placing all their eggs in a single basket. John suggested diorite, Dutch suggested granite, and I'll add quartzite to the list.

It is very durable and very common. It is basically naturaly occurring cemented silica, which is also very resistant to chemical weathering to boost, and best of all it is easy to find in so many places.

Last but not least, humans who do have the tools to break or cut quartzite will usually not want to, because when rocks of this kind break they release a very dangerous kind of thin dust that will damage the lungs of those nearby. Wherever it is mined, people use safety gear to avoid that damage.

There are excellent types of stone listed, and camouflage by surrounding them with statues are all viable strategies. But You could also turn an eye to natural camouflage as well.

There are wonderful rocky places to hide. Here are some fantastic examples just from the western US, all with strange geology.

this is an area of western Kansas. 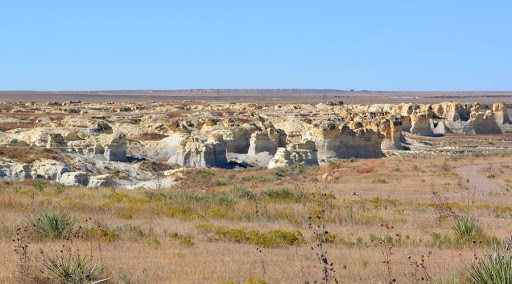 And this is in Utah 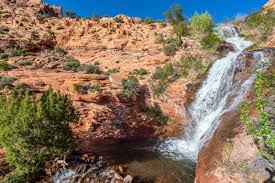 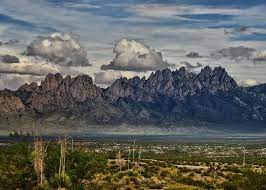 These places have lots and lots of large boulders scattered about. Plenty of roughly man sized boulders about, and that's the point really.

If a gargoyle hunkers down and covers itself with it's wings, it becomes indistinguishable from the thousands of other boulders. Even if they leave some part or other exposed, it would blend in with everything else around them. You'd have to actually know almost exactly where they were in order to pick them out of the landscape.

The end result is that unless they are in an urban environment, the exact type of stone and it's properties doesn't matter much. You just have to look like you are an unremarkable part of the scenery. Material properties matter a lot less when nobody even knows you are there.

So, in the wild, the gargoyles stay in very rocky places (likely where they evolved in the first place). If they have to go into a city though, they should gravitate to places with lots of high up statuary. Keep, or know where to locate, samples of Dolorite and Granite and make friends with local sculptors. Pose for them every now and again and you should have plenty of statues to hide among.

Not the answer you're looking for? Browse other questions tagged physics fantasy-races geology or ask your own question.

6
How can fae rescue one of their number from an iron cage?
3
How long would it take us to detect a Deimos-like object moving towards Sol from Alpha Centauri
6
Help me Explain this Alien's Traits
6
Building structures underwater: What could a giant crab do?
14
What type of stone should I use for these hills?
66
Justifying why a troll's skin would turn to stone in sunlight
9
What locations in a galaxy would be best for stone carvings to remain undamaged or worn down for as long as possible?
15
How can children dying increase fitness?
3
Gargoyle Safety 102: Proper form