Can a planet harboring complex life be radioactively hostile towards Humans?

I am writing a story that involves the colonization of an exoplanet with very similar properties to Earth. This exoplanet would be orbiting a red dwarf, but due to certain factors (it's atmosphere and the presence of one or several moons) it is NOT tidally locked. Upon arrival from humans, to their surprise this planet already harbors complex life. It has a large ocean, continents, fauna and flora much like our own earth.

My question is: despite all the similarities, would it be plausible for this planet to be radioactively hostile towards humans? What I mean by this is, despite the similarities, could the fauna and flora have adapted to thrive in an environment which would be ultimately too harsh for our own bodies in the long run?

To provide some more context as to why i'm asking this: The plot i'm working on makes it so that when humans arrive, they can breathe without their suits, and at first it seems like the planet is just like earth, but soon after they realize that prolongued exposure to the radiation within the planet leads to early offset of cancer and thus humans can't really afford to live in this planet as it is without applying some form of alteration to the atmosphere (that's a wholenother subject i'll leave for another post haha), which would lead to harmful consequences towards the native life that has evolved to thrive within this specific environment.

Love this forum, it's been super helpful, to anyone taking time out of their day to answer: Thank you!

Any charged particles in the space around Jupiter will experience the planet’s strong magnetic field and get accelerated to high energies. These negatively charged electrons and positively charged ions of hydrogen (i.e., protons), oxygen, and sulfur form Jupiter’s radiation belts... The dominant particle source, however, is the volcanic moon Io, which dumps a ton per second of sulfur dioxide gas into space where the molecules are broken up and ionized. These processes around the moon drive million-amp currents between Io and Jupiter’s ionosphere, where they excite intense aurorae on the planet.

The highest fluxes of energetic particles are found closest to the planet, where they form a doughnut-shaped belt around the equator (which causes radio emission that astronomers have measured from Earth since the 1960s)...

It is Jupiter’s combination of a strong magnetic field, Io’s prodigious source, and the magnetic coupling of charged particles to the planet’s rapid (10-hour) spin that drives the intense radiation. Earth’s radiation belts (named after James Van Allen, who discovered them with the U.S.’s first satellite in 1958) are much weaker.

Your planet has a very strong magnetic field and one of its moons plays the role of Io, dumping particles that are accelerated to high speeds. Fast moving particles are the equivalent of electromagnetic radiation as regards biological damage.

Your people do not realize that these belts exist and dip down to and below the planet surface because the belt is not homogenous - it moves with the moons, with high and low tides. In addition a detection method tuned to short wavelength radiation like Xrays and gamma rays might completely overlook fast moving large ions of sulfur and iron.

As regards the prospect of life not affected by particulate radiation, why not? One could imagine Earth life durable to this sort of thing. A simple method: if radiation makes random changes in a genome you could have multiple copies of the genome and check them against each other frequently, correcting according to consensus for a given gene.

We have examples of life which has evolved to thrive in hostile environment. Deinococcus radiodurans is famous for tolerating radiation

Deinococcus radiodurans is an extremophilic bacterium and one of the most radiation-resistant organisms known. It can survive cold, dehydration, vacuum, and acid, and therefore is known as a polyextremophile. It has been listed as the world's toughest known bacterium in The Guinness Book Of World Records.

D. radiodurans is capable of withstanding an acute dose of 5,000 grays (Gy), or 500,000 rad, of ionizing radiation with almost no loss of viability, and an acute dose of 15,000 Gy with 37% viability. A dose of 5,000 Gy is estimated to introduce several hundred double-strand breaks (DSBs) into the organism's DNA (~0.005 DSB/Gy/Mbp (haploid genome)). For comparison, a chest X-ray or Apollo mission involves about 1 mGy, 5 Gy can kill a human, 200-800 Gy will kill E. coli, and more than 4,000 Gy will kill the radiation-resistant tardigrade.

However, regarding your plot, a Geiger counter is sufficient to measure environmental radiation level. It sounds very naive to disembark on a planet without measuring the background radiation. 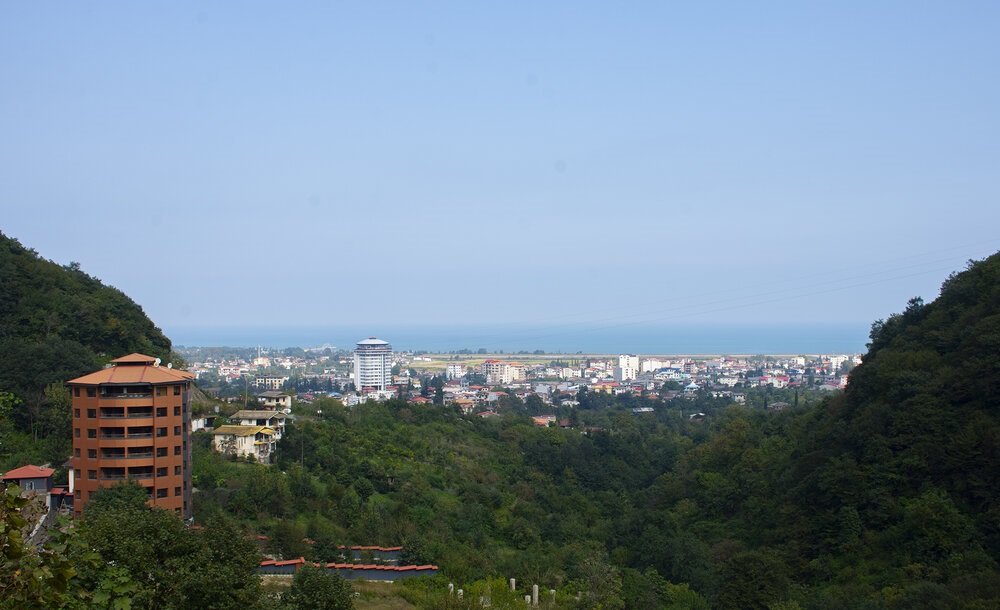 is a city in Iran known for levels of background radiation 80 times the acceptable level from artificial sources. There is radium in the ground water and radon gas coming up into the air. Yet there is a mystery because reports keep coming in that the cancer rate is not elevated. See Wikipedia for some description. A leading explanation is a crack-pot theory* called "radiation hormesis", essentially that you can get an internal suntan from being in radiation. Note this conflicts violently with government advice from the U.S., though that hardly guarantees it's wrong. A 2019 paper in an Iranian journal even suggested that the residents should be considered as good Mars colonists. There is a limited amount of ongoing research but it doesn't seem very enlightening.

Sometimes - often - biology just digs in like a mule and rejects all entreaties to logic and reason.

One of the biggest problems caused by radiation to humans is the damage done to our cells' DNA, which lead to The Hallmarks of Cancer. In short, if the right combination of damage occurs to any cell's DNA, it will cause that cell to endlessly reproduce, which copies the defective DNA -- the problem is self-compounding.

Our cells have mechanisms to protect against DNA damage via proofreading and repair. As the examples on Khan academy show, these repairs largely rely on the fact that each of the two strands in DNA is identical to the other. The Wikipedia article on DNA Replication notes:

The pairing of complementary bases in DNA (through hydrogen bonding) means that the information contained within each strand is redundant.

Moreover, each strand is used as a template during DNA replication, as shown here [1]:

This single redundancy is what allows our DNA to be so resilient against damage. Compare the double helix in DNA to the single-stranded RNA used for short-lived information in our cells [2]:

Thus, RNA has no redundancy, and is much more susceptible to damage. This is why the genetic information of complex organisms in encoded using DNA instead of RNA: the information is far better protected against corruption.

Now then, you might imagine a structure similar to DNA being used by the biology of your fictional planet. However, instead of using nucleosides that facilitate base pairs, there might be alien nucleosides that can only bond as base triples, so instead of A-T and C-G, you might have A-B-C and X-Y-Z. This would result in molecule with 3 strands instead of the 2 strands seen in DNA. Thus, instead of only having the single redundancy of humans, your lifeforms' genetic information has dual redundancy, making it far more resilient against the radiation-induced mutations that cause cancer. This would also render the biological mechanisms that protect your fictional planet's life against radiation incompatible with Earth-based life.

Also note that, because each strand in DNA is a sequence of 4 nucleotides, this is base-4 information storage scheme very similar to the base-2 system of 1's and 0's used in our computers. You could add biological mechanisms that serve as analogs to real-world human-developed error detection and correction techniques. Again, such mechanisms would safeguard against the most damaging long-term effects of radiation.

As someone involved in space science: radiation is always a major concern, even for robotic missions. I would find it extremely unrealistic for space-faring humans to be oblivious to radiation from the host star of any planet. You might want to give this area some thought.

You asked specifically about "radioactively hostile" but in case you just meant "very unhealthy in the longer term" - radiation on the surface could be much higher than on Earth (e.g. like Mars) from cosmic sources, either due to the stellar neighborhood or to a weaker magnetic field (again, like Mars). As a total non-expert in this kind of biology I can suppose that the native life has adapted to this, similar to the Earth organisms mentioned in other answers.

Going outside 'radiation', there are any number of trace elements that can be present in soil, and therefore also as dust in the air, that are long-term toxic or carcinogenic for humans e.g. Arsenic (As), cadmium (Cd), chromium (Cr), and nickel (Ni). Asbestos is also a naturally occuring contaminant in various minerals: vermiculite and taconite are well-known examples.

Here's a completely different form of hostility: It seems pretty plausible based on recent research, that life can be constructed from a different set of amino acids than Earth life. And if it can be, the odds are it WILL be on other planets. As a result, if your colonists use native life as food, they will quickly or slowly develop amino-acid deficiencies unless they supplement with the essential Earth amino acids that are missing. I speculate that some non-Earthly aminos might even be actively toxic, but that's just a guess.

One last comment: If you don't want your story to feel like a throwback to the 1950's or 60's, assume that if humans can colonize an extrasolar planet, that their science and technology is MORE advanced than ours, and they will understand physics, chemistry, biology, and medicine better than we do. Unless they've gone through a radical loss of civilization (despite interstellar travel) they will NOT be caught by surprise by any of these environmental problems like radiation, toxic metals, or amino-acid deficits, any more than a team of Navy SEALs would get lost in the desert. Their satellites, or landers, or smart-phones, or body augments, will have told them all about it.

Not the answer you're looking for? Browse other questions tagged planets fauna atmosphere space-colonization radiation .

30
Can evolution be prevented?

8
Surviving the world of zombie mosquitoes
13
Would the atmosphere of an alien planet with the following mixture of gases be breathable to humans?
6
Would complex life evolve on this planet, and could humans survive on it without much outside help?
3
Minor terraforming that allows people, and doesn't inconvenience local flora and fauna
5
What would a thicker atmosphere do to plant growth/evolution?