Could there be trash on one specific part of a continent without humans on it? 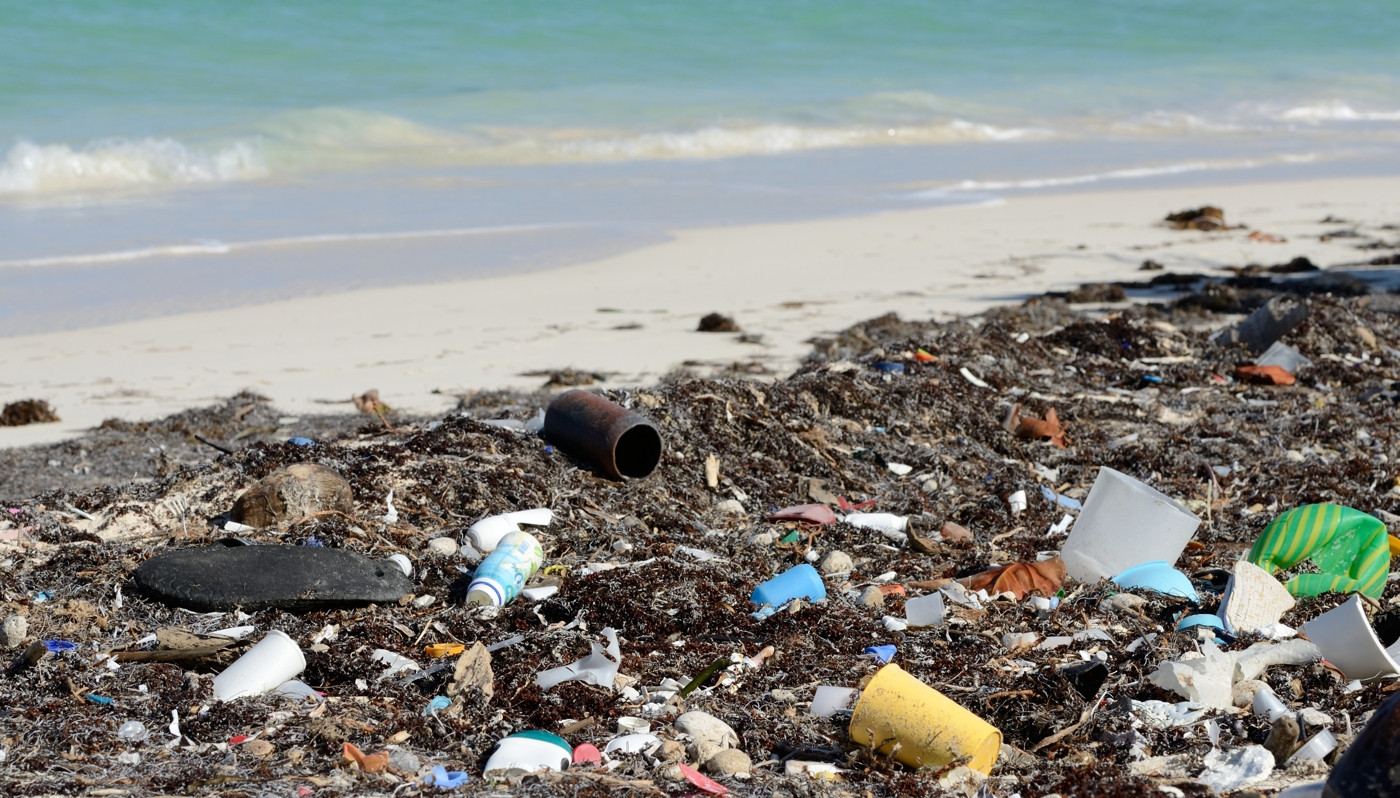 None of this trash on a beach was dropped there by humans.
Much of it was dropped many thousands of kilometers away.

The distribution of the trash is not even though. Some places will concentrate it, some places will disperse it. It depend on the specific confluence of currents and wind patterns just where the trash heads to, and whether it gathers in offshore gyres or gets dumped on a beach. Wind and waves can even act to strip all the mobile trash from one location, and redeposit it some distance away, much the same way that some locations deposit sand and form a beach, while other stretches of seashore strip the shoreline down to bare rocks.

And not only oceans can carry trash, the wind does a great job of it too: 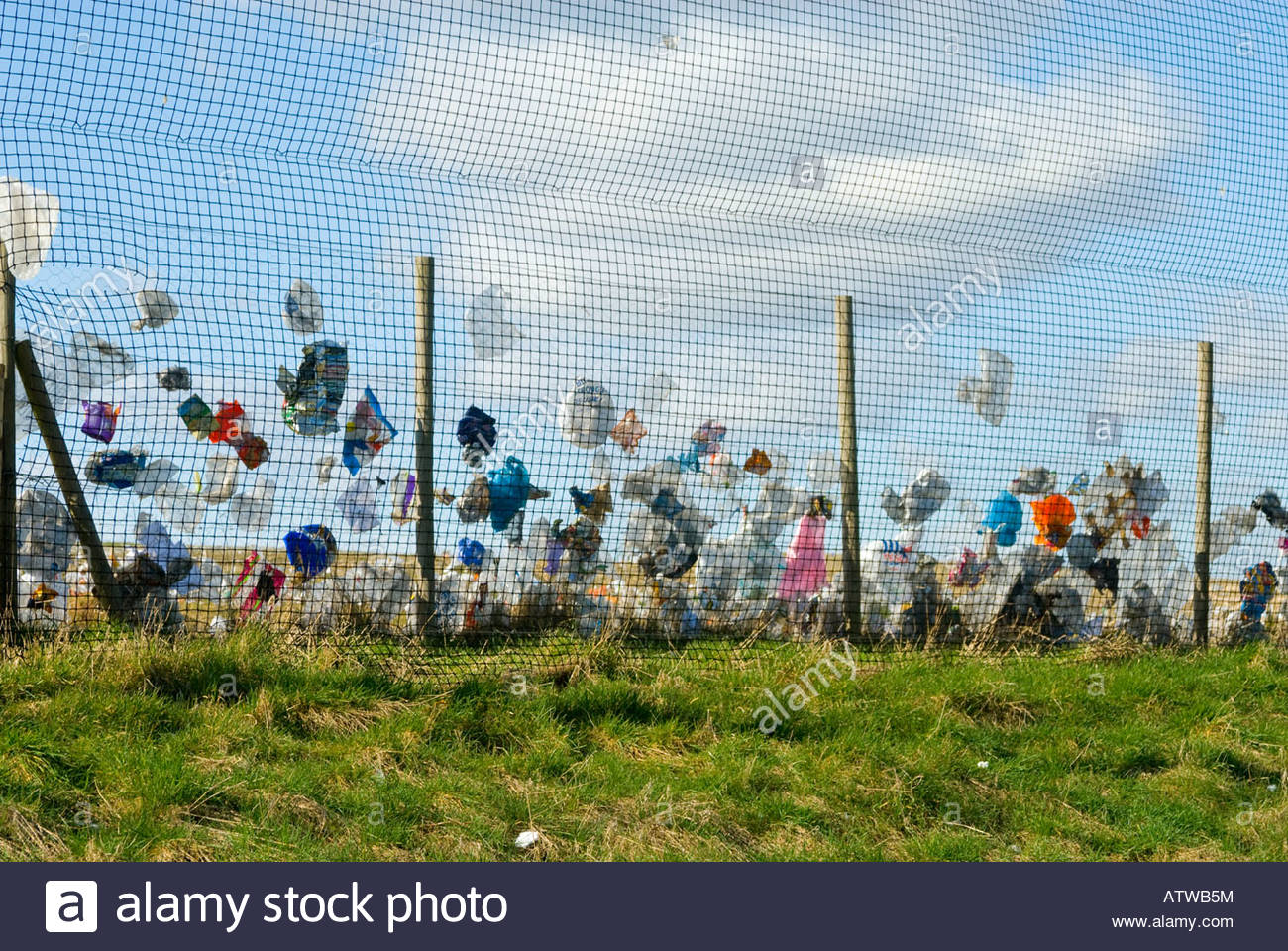 Now these plastic bags did not come from thousands of kilometers away, but they did blow in from the town which is some 30 kilometers upwind.

As for how far trash can travel:
Consider the very interesting case of the "Friendly Floatees"
In 1992 a ship accidentally lost a container carrying a cargo of plastic bath toys in the Pacific.
These toys have been appearing all over the world.
Once a floater is in the ocean, it can get just about anywhere where the ocean gets, given enough time. 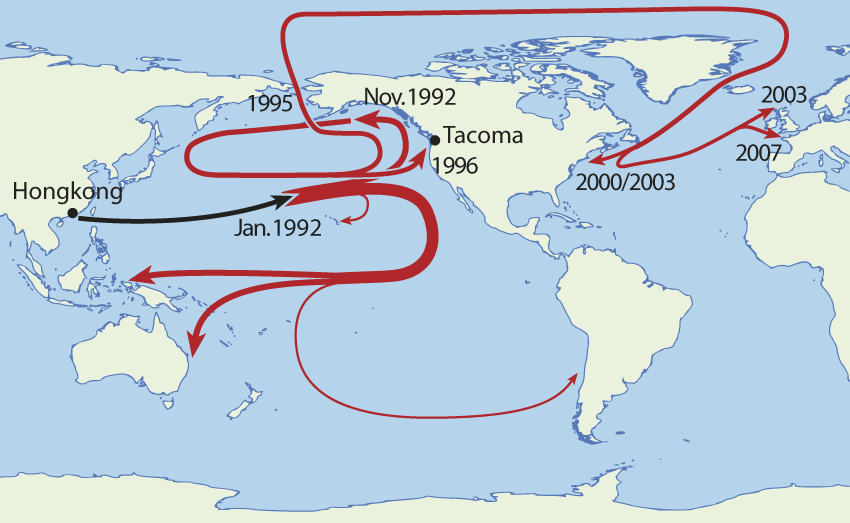 Trash, like any other substance, can be distributed by weather agents like wind and currents, so it is plausible that it reaches even remote locations.

Take a look at what happens with volcanic hashes, dust, plant seeds, plastics and so on, just to consider a broader definition of "trash": they are carried over for even thousands of kilometers and spread around the globe.

It's however unlikely that really no trash gets deposited in a specific part of a region. You would need to have it excluded by all water and air circulation, so that nothing can carry anything from outside. Just for a reference, even remote regions like the Himalaya or Antarctica get their fair share of air carried pollutants.

Not the answer you're looking for? Browse other questions tagged reality-check environment or ask your own question.

26
What if an Earth-like planet had no axial tilt? (impact on ecosystem)
7
Entirely too much mana from the heavens
28
What could be a valid reason for an entire section of a continent to remain unexplored and undiscovered, by the rest of the world in medieval times?
25
How long would it take to travel approximately 170 miles by foot?
14
Junkyard planet trash distribution?
11
What would cause termites to be the dominant herbivores on a savanna?
4
Oasis ecosytem contained within the corpse of a long dead megafauna?