How would changing pregnancy time affect a female human's metabolism?

If humans were altered so that pregnancy lasted only 3 months, what other biological challenges would this cause? Obviously it would have be at substantial increase in calorie intake to support the accelerated growth of the baby but by how much? What other challenges what would arise?

Not being female, I'm at a disadvantage to answer, but just to get the ball rolling...

If you are pregnant with one fetus, you need an extra 340 calories per day starting in the second trimester (and a bit more in the third trimester). That's roughly the calorie count of a glass of skim milk and half a sandwich. (Source)

In other words, women would need very little change of diet for the first month (though they might lose a little weight), but they would need about 1,000-1,200 more calories a day thereafter.

To add to the answers: Cancer and Higher miscarriage rate.

The increased metabolic activity of development creates more heat. This increased heat generation will cause problems for the mother, in terms of just being hotter. More significantly it will up mutation rate, especially in rapidly dividing cells. The increased mutation rate will have increase rate of miscarriages.

This will be stacked upon the increase of the mothers metabolic rate to digest more food to provide nutrients for the child.

Evidence for this is higher rates of miscarriage during prolonged heat waves.

Its probably impossible realistically, 2X as fast is the theoretical limit.

Some great work on what factors limit human developmental speed shows humans can only manage a sustained metabolism of around twice their normal metabolism, this holds true of human mothers regardless of condition. near the end of nine months is when the metabolic demand reaches 2.1 times base metabolic rate, which is when human end gestation, when the body can no longer keep up with demand. 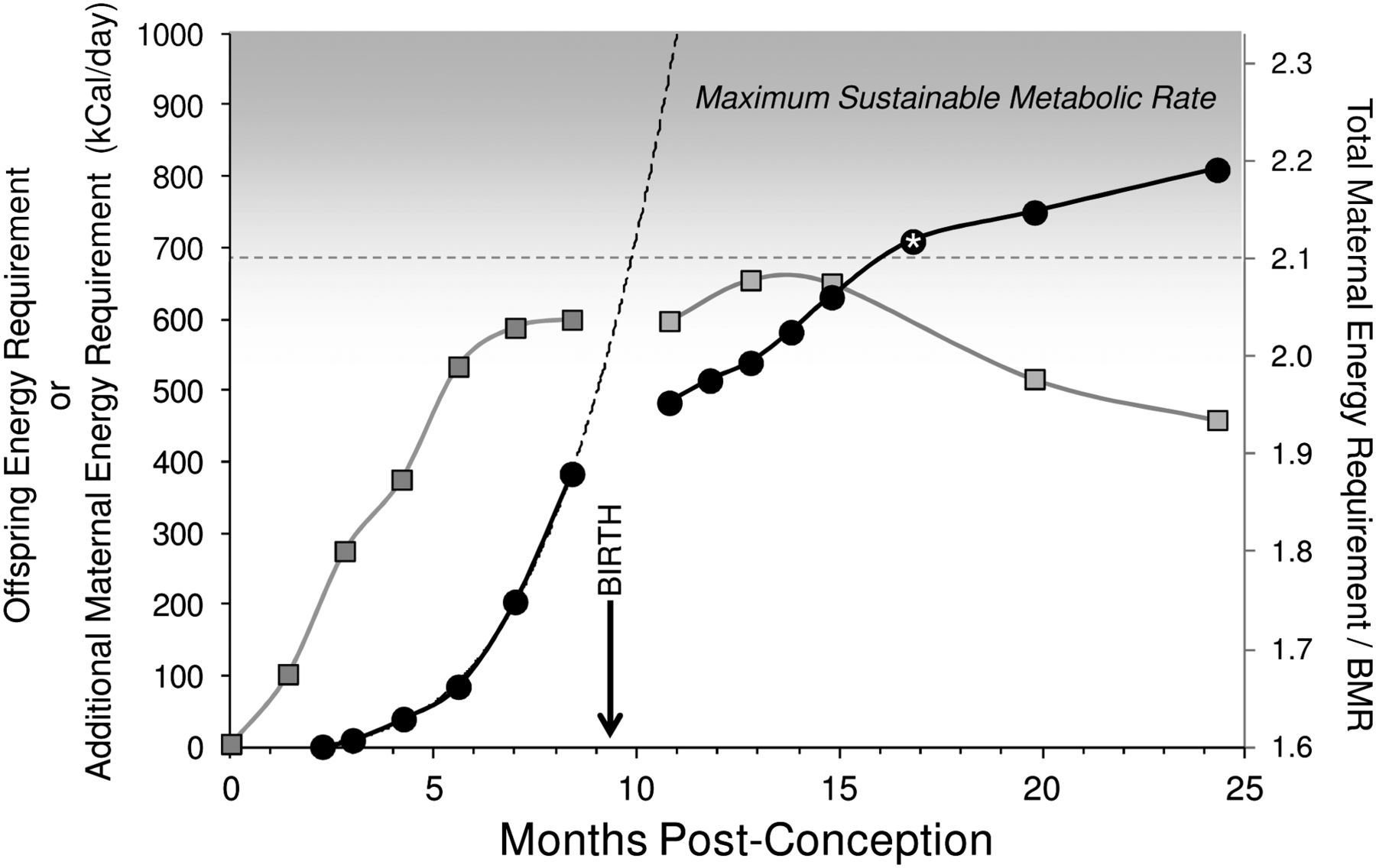 Now of course modern humans can supply more nutrients, but they can't push their metabolism much further, the hypothetical limit on metabolic output is around 4 times Base Metabolic Rate which is how much the the highest output athletes can sustain for extended periods (Grand Tour athletes). note some mammals achieve higher sustained BMR multipliers but humans have remarkably high caloric needs so I will stick to what humans can do in practice. This will leave the mother almost completely helpless, just resting, her metabolic rate is as high as the most extreme athlete's maximum, never mind if they actually had to do anything. These athletes are consuming 7-8000 Kcal per day, so the mother should also be consuming at least this much to be realistic near the end of the pregnancy.

8
When does gravity become too much for humanoids?
14
Improving human reaction time
5
When and how does second puberty hit?
1
Adapting organs, How would they adapt?
3
How Developed Would Baby Mwindo Be?
3
How to design a species that matches the following critera
3
Whats the fastest gestation possible?
6
Reproductive capabilites of genetically altered humans
2
How does near-guaranteed pregnancy affect a species' libido?