How long should an egg-laying species of human size and intelligence gestate and incubate its eggs?

In my fantasy world I have a species of reptilian humanoids.

I want to determine how long time their eggs take to hatch. There's two periods involved:

Of course I can just pull numbers out of my rear end and say that gestation takes 3 months and incubation takes 6 months. But I'd like it to be more qualified than that.

Important factors include the sizes of the hatchling's brain, the egg itself and the female's birth canal. But I don't know about egg-laying animals enough to set them.

What are good arguments for why the gestation and incubation periods should be one thing and not another?

Here is pictured the Avisapiens saurotheos by C. M. Kosemen and Simon Roy. My lizard men don't look exactly like this, but similar.

Slight frame-challenge (but only slight).

Lizards living in moist areas lay eggs with leathery shells rather than hard brittle ones as the leatheryness allows for the absorption of moisture to keep the developing young hydrated.

As an evolutionary aside, lizards are thought to have developed from the first ampibians in the late Carboniferous (about 250 M years ago). Amphibians returned to water to spawn, the spawn volume, once hydrated being sometimes sixty times the volume of the adult female that ejected it.

Do you see where I'm going with this?

If this ability, to lay partially dehydrated eggs were retained, the volume increases vastly when layed in a safe watery place, allowing the birth of a self-sustaining egg surrounded in nutritious jelly to develop. Something the size of an apple would be produced turning into a beachball. Gestation might just be a matter of a week or so. The parents would need to take it in turns to continually circulate the water over the egg to maximize oxygen absorption. Perhaps a community acted together to protect their collective young and keep their gaseous exchange going.

The next stage of development would involve hatching after perhaps 2-3 months, hunting small-ish fish and aquatic mammals, being fed strips of meat by their parents all to build their bodies. A diet comprising more plants would come later.

Now like toad's tadpoles they'd develop into their adult shape, gaining feet, hands, lungs and a tougher skin. Emerging from the water they're metabolism would start to change, perhaps being able to internally generate their own heat, also growing the rudiments of a feathery covering. And so on until full adulthood.

If this seems improbable, take a look at this, the top row showing the starting point for different vertebrates, the bottom row showing the end point. Birds, mammals, fish - all start looking roughly similar. 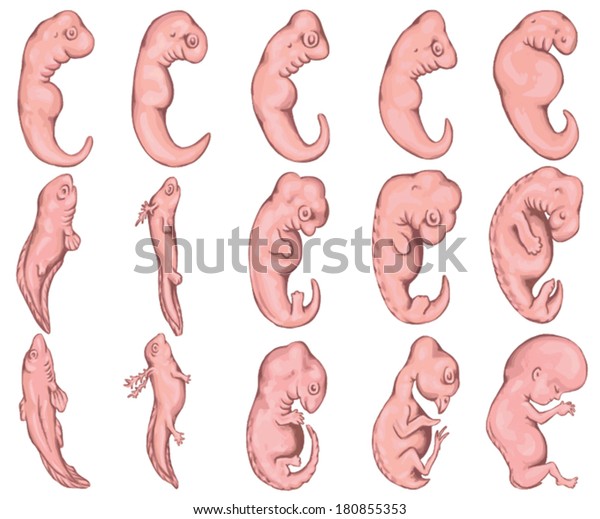 You could do it 2 ways

1: Long gestation, long incubation, long period between eggs. Juvenile is fairly mature on hatching. This would be analogous to humans with lots of investment in infrequent juveniles.

2: Short gestation, short incubation, short period between eggs. Juvenile is not mature on hatching. This could be the pattern for a species with many juveniles, low initial investment in each, and historically high infant mortality.

The second could be interesting because it would mean your people are not just green humans. Lots of nonsentient juveniles are everywhere like little animals. They don't get intelligent until the third molt.

This would make for an interesting fiction because maybe certain of these juveniles start following a specific adult around when they feel it is that time. Playing the odds the chosen one is probably not a parent; even if it is her or she does not know that. But if that individual is chosen that is the one who then provides the parental care once the third molt takes place. Some individuals might get chosen by juveniles a lot and so have a lot around them, growing up. The juveniles have their reasons.

Your individual is quite old and no juvenile has ever chosen him, until now.

Humans aren't a good model for what's possible. Due to how the human skull grows, the size of the brain is largely limited by what can be pushed through the mother's hips, but if skulls grew differently, the brain could start small and grow to a large size during infancy. It even does this during pregnancy (obviously), but because the lungs aren't ready yet, it can't do it outside the womb.

Thus, the two important factors for this species (assuming they come from an alternate Earth, and have biology similar to ours) is that the lungs are developed enough by the time their size exceeds the ability to absorb oxygen through the shell, and that their able to feed at hatching (either latching onto nipples if the species lactates, or to be fed by the parents).

The ostrich makes a decent example here. They are large like humans (though not quite the body plan you want). Their eggs are sizable, and have about 42 days of incubation time. Emus on the other hand go for a full 55-60 days I believe, but have smaller eggs. Those are only examples though, and if your story required a longer duration, that wouldn't be implausible.

Not the answer you're looking for? Browse other questions tagged reproduction dinosaurs gender reptiles children .

3
Ceratopsians for defense
7
How would gender roles play out in an oviparous, sentient race?
6
Plausibility of seahorse-like marsupials where the male carries offspring?
13
Hydras as parasitic-mating, polyandrous amphibians?
22
What effect would a means of reproduction without pregnancy have on the population?
17
Is a naturally all "male" species possible?
10
How to separate male and female members of a "lizard like" species