Neural wireless link: Buy your personal hive mind for only 399!

Don't you worry! For the month of June only we are having a promotion offering you lucky reader the opportunity to buy yourself a new neural link which you can use to connect your brain to multiple bodies of your choice! any species, gender and shape. Even robots and for only 399!

And in the spirit of June's Pride month we are now selling Rainbow skinned humanoid bodies with multiple genitals for all the prideful love you could have ever wanted!

Now you can control your new body and live a new life while your actual material brain is sleeping or doing automatic motor functions you've learned over years of boring work, call now 555 55 555 to order your new life, don't lose this opportunity!

The year is 2079 and virtual reality has evolved into real reality, now electronic devices are used to control bodies from a distance, not game bodies made of pixels but real bodies made of flesh and sometimes silicon, plastic and metal. People can switch from one body the another with the same ease a game account can switch from one character to another for multiple playing experiences. The original client body which controls the other bodies can be put asleep while the other bodies are active or can be forced into automatic labor, just like some people with brain damage or almost completely destroyed brains can perfectly play music on various instruments or dance or wake up the morning and read the journal or books because those are things ingrained in the automatic parts of our bodies and after doing them for decades, brain activity or attention is not needed. client bodies can also be put into permanent sleep, starved and loaded with stress hormones and gene repairing viruses to slow down the aging process extending human life length by 3.7 times.

The majority of hive controlled bodies are clones, chosen from an array of designs, further customization is harder and requires more money. Other options are also manufactured bodies not made of flesh. But the government has decided to not imprison people anymore, to punish them, their frontal lobe is removed and replaced with a neural device so that they can be sold and controlled by other people.

Cellular phones came out in 1973 and today 06/06/2021 66.5% of the world population owns a mobile device, even my 6 years old brother has a smartphone, I got my first phone at the age of 21, technological evolution seems quite fast.

So how long before 100% of the world population will own alternative bodies they can control from afar, how long before new born babies will suck the milk from their's mother breasts who is an empty clone controlled by another person?

Sleep isn't just a physical thing. Sleep is for processing the days events too. Things are filed in long term memory and things forgotten. It allows the mind to relax and unwind. Without actual sleep, people would go insane.

Personally you've gone the wrong way. You don't want a hive mind. What you want is a secondary brain.

Just imagine spending a stressful day at work. You come home and you're bone tired and burnt out.

What will I cook for dinner? I better do some washing and cleaning. Better do some sit ups too because I'm putting on weight.

Well with new "Brain 2.0" worry no more. Just go to sleep on the lounge and your secondary brain will take over. Brain 2.0 will eat a salad, exercise, clean the house and fold the washing. When it's done doing all the jobs you didn't get to do, it will take a shower and hop into bed ready for you to wake up refreshed the next day after a full night's sleep. 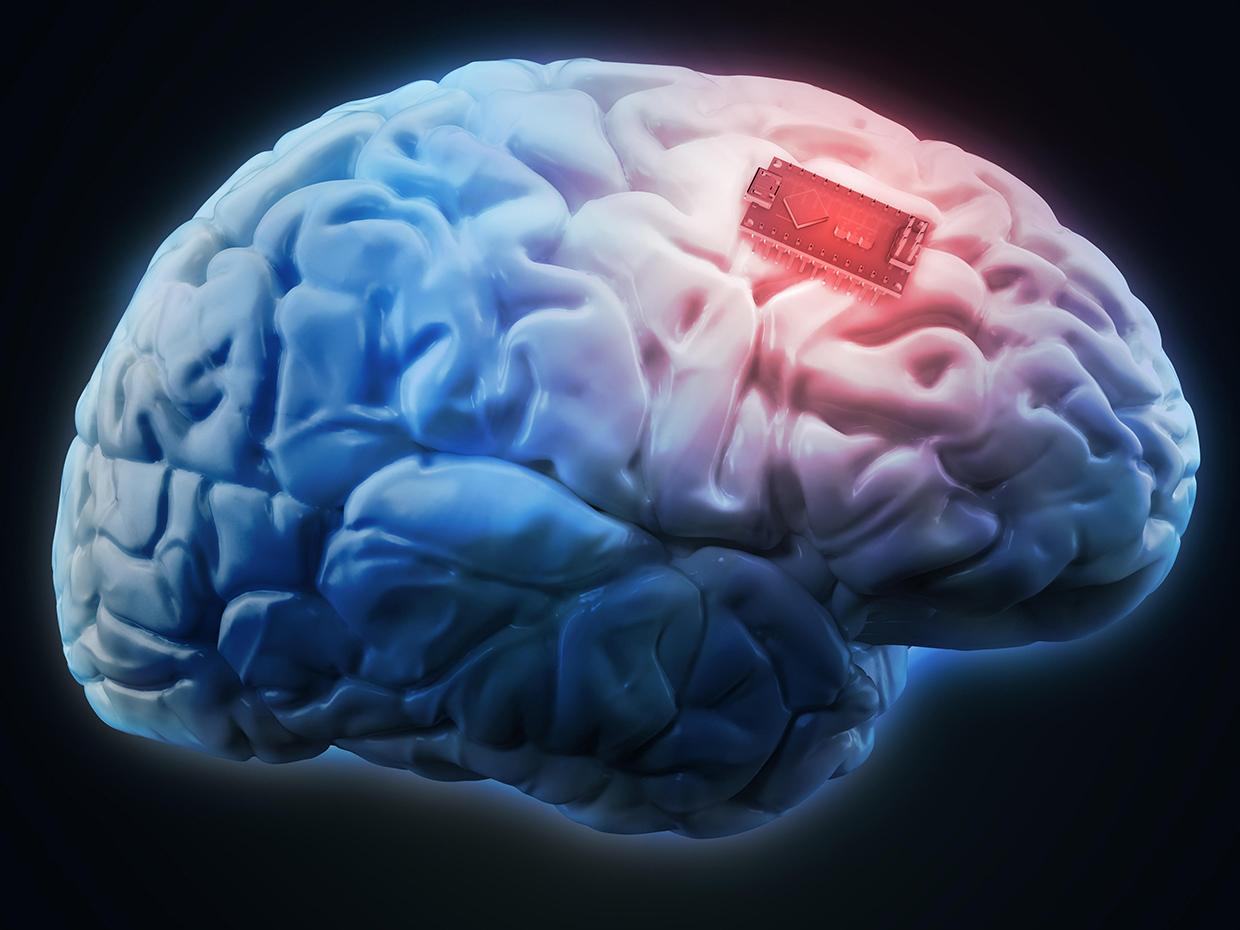 how long before 100% of the world population will own alternative bodies they can control from afar?

Knowing human nature, forever.
There will always be a small percentage of body purists, religious fanatics, the ultra-squeamish, and the plain old stubborn-refusing-to-change who will resist the adoption of such a radical new lifestyle.

Example: There are currently some 5000-10000 US citizens that chose to live in the wilderness with no car, no electricity, no books.
There's an additional about 300000 Amish that are similar but less extremely so. They might allow battery-powered lights, for example. But cellphones? God Forbid! (literally)

To send this whole data package across a fiber optic cable using red light (405 THz) takes about an hour (61 minutes), using a single channel. You can use more channels. Of course, if you are wireless, you won't want to go any higher frequency than near-infrared.

With AM modulation, you can space channels about 10 kHz apart (or about 10 billion channels) before you are out of the infrared band altogether.

With FM modulation, you can space channels about 25 kHz apart (or about another 4 billion channels).

With fiber optic trunks, the situation doesn't improve much (750 THz). You may ask, "why not go x-ray? Or cosmic rays?" Physical materials tend to be damaged by anything much more high-energy.

So a composite network of wifi and fiber optics give you about 38 billion channels. Or 4 channels per person (about 15 minutes to move a mind around).

A quantum cable may allow you to modulate by phase, flux, and spin. But you get the idea - there is a limit, and for a planet of a few billion users, it's not as big a limit as we would all probably want.

If you want a "live" hive mind feed, everybody needs to be able to move in under the frame rate of the mind (4 Hz ~ 0.25 seconds). That takes about 10 thousand channels per (+1 in the hive mind)

Clearly, only about 10 million people can be physically using this system at the same time.

The other 6.99 billion of us are going to have to opt out.

There are ways you can extend utilization:

But your missing out on the opportunity cost.

If you can move minds, you can transfer skills. There's already a lot of work being done on that. Want to learn Kung Fu? Ancient Greek? All languages? Universities could probably lend skills, or outright sell them for download (probably lend, knowing how people are). That all takes up bandwidth. I think most people would be willing to trade 20 clones for 100 new skills.

In fact, employers will probably expect employees to be as skilled as they can afford. Marginal utility strikes again.

Depending on the Gini Index of your world (how many people have "mean" income), maybe half of your people will face economic pressure keeping them from ever "going clone", unless it's required for work.

This jives with reality. Although the U.S. only has a few thousand people living extremely rural lives (it's an extremely rich nation), most of the 7 billion people of Earth (about half) live in rural conditions.

And the law of supply and demand.

If the top ten million richest people on Earth can afford live clone hives, and are willing to pay for it, then the bottom 99.9% are locked out.

To the extent that some at the top won't use all of the multiplicity they can afford, I'd think at most 30% will be able to adopt.

About years idk, but here's my best guess with growth starting in 2040

For hypotheticals let's say that a neural link which works to that degree is widely distributed to the market in 2040. So, if were to then go on the basis of smartphone growth, assuming the same level of accessibility with regards to the technology(which is, a given a bit an of a shaky assumption, but let's just run with it). Drawing from stasticia, global smartphone phone penetration had reached about a bit over 79% in 2020, as this represents when the technology was perfected, and given current growth trends without regards to other variables, such as groups for which this isn't reachable, it should reach 99% penetration by 2030(realistically this would be lower due to some groups and some areas of the world not having the infrastructure to allow for smartphones) The, given the optimistic scenario, such a thing would be present worldwide at about 2052-2056. More realistically, due to the demographics and infrastructure required it would probably be around, in the vein of realistic optimism, 20%, as this would require advances in CLONING, ROBOTICS, and NEUROLOGICAL COMPUTER INTEGRATION, much lower, meaning that I'd guess around, bu 2078, then in this vein of optimism, around 30%. But then again I don't know a thing about what I'm talking about so take everything I said with several garbage trucks of salt.