The basilisk is an odd serpent

It has never been seen alive, as anyone who does see it will almost immediately die. However, dried corpses are fine to look at

These corpses are around 4-5ft from nose to tail. It has a long, pointed crest, flat, fin-like wings, two legs at the rear of its body, and a long, thin tail. Every basilisk corpse ever recovered has, for some reason, been male. Some corpses also display a white spot in the middle of the forehead

Its pathways are clearly seen, as it destroys all sorts of plants and even some rocks. It is also very poisonous, and leaves a trail of poison wherever it goes. These trails also, in muddier regions, illustrate its strange method of motion: It slides along upright on its rear, being pushed by its feet. It is also flightless. Despite its danger, it has some useful traits. For example, it can produce a loud whistle, which will drive out snakes

Ignoring its deadly appearance, how could such a creature evolve?

It is an aquatic creature.

Its "wings" are fins.
It moves over slick surfaces like a penguin. If it cant slide it can stand up and waddle along. 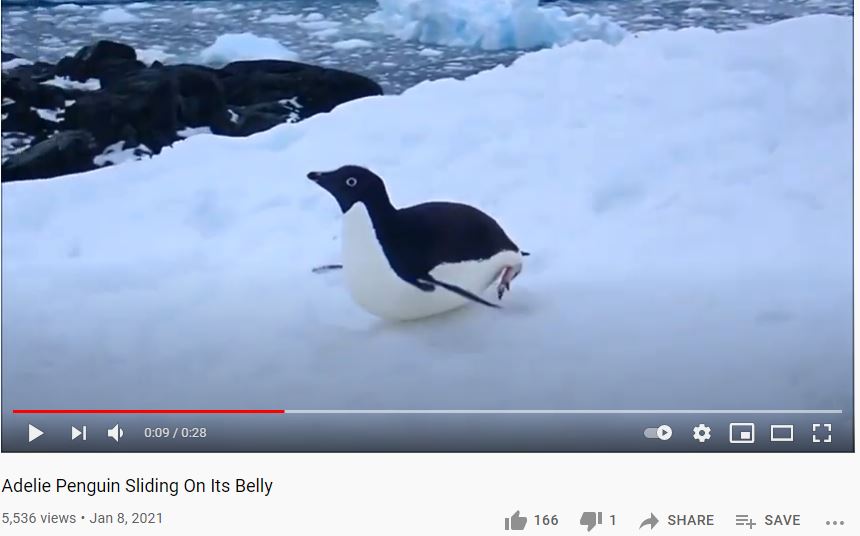 The long tail is helpful steering.

"All males" is because males are the dispersal phase, as is the case for a lot of vertebrates. They are looking for new unclaimed territories. The females stay in the water.

This basilisk could have evolved from a primitive amphibian

The toxicity is easy to explain as a defence against predators, and the trailing effects would help in protecting its territory

The wings could start out as a widening of the body, if the proto-basilisk lived in trees, where a wider body can help it slow its fall. This widening could continue until it forms large wings/fins on the sides, allowing true gliding

These gliding basilisks may benefit from the forelegs incorporating into the wings, or disappearing entirely

The pointed crest could also have its origin in the trees, starting as a sharp ridge on the nose that could be used to cut away branches to build nests, and extending into a blade-like form

The increase in size could be explained as a responce to a lack of gliding predators opening a niche for these basilisks, increasing the food available and reducing limits on their size. This might force them out of the trees and onto the ground

A herbicide amongst its other toxins would help it clear its pathways on the ground, which would be important for a sliding creature. This also explains why it would break rocks

Snakes could give it problems, as its poison probably wouldn't work fast enough to prevent a bite, and so it may use a loud whistling sound to try and scare them away

The apparent lack of females could be explained through sexual dimorphism: If the basilisk were to mate for life, then it is plausible that the females would have no need to hunt, and so could afford to spend their entire life as worm-like tadpoles, being supplied with food by their mate

Not the answer you're looking for? Browse other questions tagged creature-design evolution mythical-creatures anatomically-correct or ask your own question.