Is a lake formed and surrounded by mountains, foothills and plateaux possible?

Upon a given landmass I drew a lake, and surrounded it with small ranges of mountains and plateaux, so making it an enormous endorheic basin. The drainage from the highlands would collect upon this immense lowland amidst them and form a body of water nearly twice as large as the Caspian Sea, though many of the mountains would also serve as sources for impluviums for rivers which would flow in the opposite direction of the lake, running into the landmass, then the ocean.

The reason I wanted to create this lake was so it could be at the centre of several civilizations and societies, who would rely on its water and the mineral resources from its mountains and the outward flowing rivers originating in them. The lake would also serve as a hub of trade and diplomacy, though the mountainous nature of its bounds would make these endeavours less eminent than they would have been in flatter terrain.

Would it be geologically feasible for this lake and highlands to form, and would there be any grave consequences to the development of large human communities around it?

A very long time ago, from about 200 million years ago to about 12 million years ago, there was an ocean (or a sea, or several seas, depending on the time frame) separating Eurasia from Africa (or their predecessors, Laurasia and Gondwana). We call it the Tethys Ocean.

As Africa began approaching and colliding with Eurasia, the Tethys Ocean shrank, and lofty mountains rose -- the Alps, the Carpathians , the Taurus and Antitaurus, the Caucasus. Eventually, the Tethys Ocean closed; the Caspian, the Black Sea, and some eastern parts of the Mediterranean sea sit on oceanic crust and are the last remains of the once mighty ocean.

So here you have it.

The land-locked Caspian, surrounded by mountains on two-and-a-half-plus another-half sides, is a piece of an ancient ocean, which was closed by the slow but inexorable movement of tectonic plates; the same movement which closed up the ancient ocean being responsible for rising the mountains on the western, southern and south-eastern sides of the sea.

(Until yesterday, that is, until about 10,000 years ago, the Black Sea, another piece of the ancient Tethys ocean, was also land-locked. Then the ice melted, sea levels rose, and the Mediterranean broke through the Bosporus.)

Certainly it's possible. Indeed, something fairly close to it has actually existed.

The Great Basin of western North America is a closed (endorheic) basin bordered by mountains & plateaus. Though the lowlying parts are mostly desert today, with a few remnant lakes such as Pyramid, Walker, and the Great Salt lake, during the Pleistocene period the climate was cooler and wetter, so that large parts of the basin were filled with lakes.

So increase the rainfall a bit more (perhaps by lowering the Sierra Nevada), and you have a large interconnected lake system. You also have many islands, allowing for diverse cultures &c.

That's probably what would have happened if an object comparable in size with the one which produced the Chicxulub crater would have hit in the mid of a continent instead than in the shallow waters of the Gulf of Mexico.

For example the Vredefort crater

The original crater is estimated to have had a diameter of roughly 300 km (190 mi), but that has been eroded. It would have been larger than the 250 km (160 mi) Sudbury Basin and the 180 km (110 mi) Chicxulub crater. The remaining structure, the "Vredefort Dome", consists of a partial ring of hills 70 km (43 mi) in diameter, and is the remains of a dome created by the rebound of rock below the impact site after the collision. 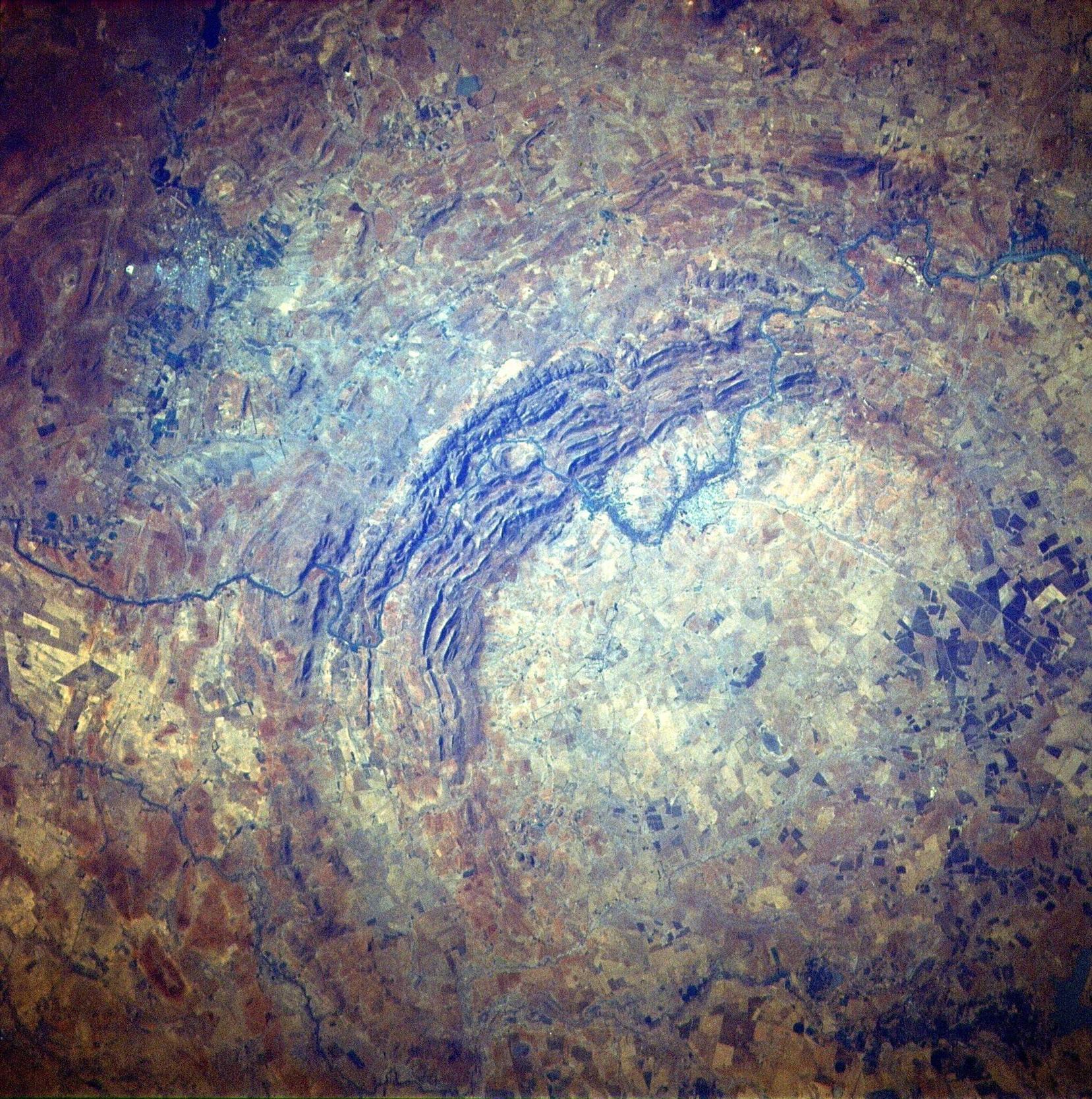 As for the consequences of such an impact, I guess it's not hard to tell they would dramatic in the very short term.

Lakes can form in the strangest of places.

Just as an example, remember Crater Lake in Oregon, which sits at 6200 feet altitude, has no inflow or outflow, and sits at an altitude significantly above the average surrounding terrain. 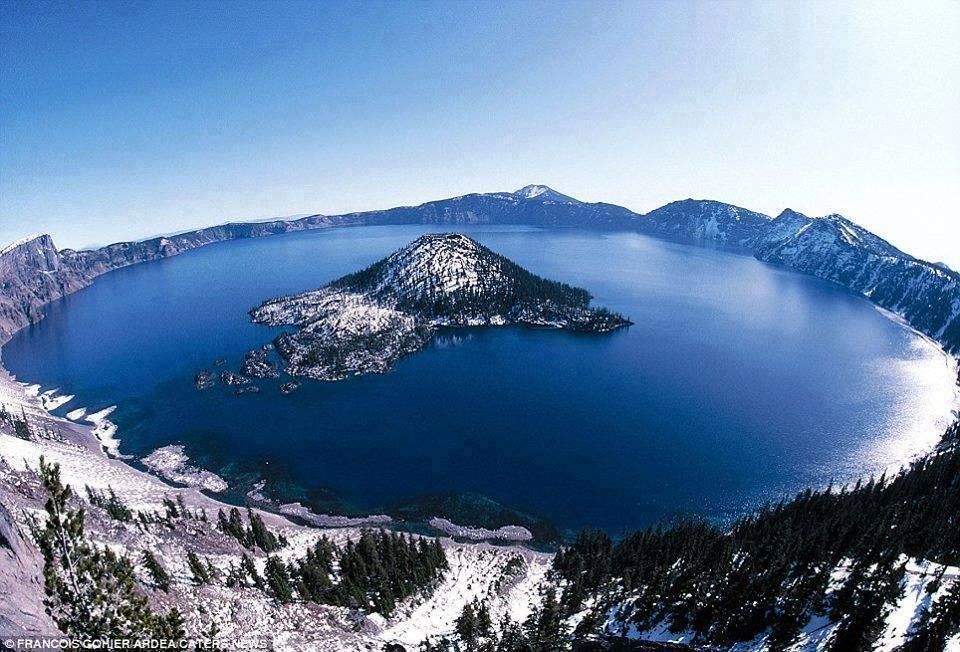 As others have mentioned, size is not a problem,
as the Caspian sea with a surface area of more than 371 000 km² shows.

But a very frustrating thing is the provenance of this fine topo map. This is from Pinterest. It is labeled with the Great Lakes Environmental Research Laboratory but on that site I could not find the original image!

Not the answer you're looking for? Browse other questions tagged internal-consistency geography water-bodies mountains .

1
The Midwest, Great Lakes Earth
11
Determining climate and biomes in a non-planetary setting
18
Ringstadt: How sensible is my topography?
2
Realistic placements of Mountains and the like
23
How can a valley surrounded by mountains be fertile and rainy?
6
Could a Massive Freshwater Lake and River System Exist in a Desert Environment?