How big should a living life-support machine be?

One day I thought to myself:

Since I can't do RPG healing spells for a multitude of reasons (waste heat, trash disposal, protein breakdown at high temperatures), I should at least let's try something to save gravely injured characters.

This is how I ended up with the concept of the genetically engineered "Sustenance Creature". Basically, a sustenance creature connects to two catheters, put into a major vein and a major artery, and circulates blood through itself, enriching it with oxygen, nutrients, and medicine, removing toxins and waste, and occasionally infusing lipids into it to draw out lipophilic toxins.

There are other functions to it, like being able to "write test reports" with pheromones, but those are largely irrelevant for now.

Now, an "average" sustenance creature was supposed to be able to perform just as well in maintaining circulation and oxygen levels as a healthy human heart and lungs.

Since the sustenance creature was supposed to be a part of paramedical equipment, I wanted to reduce its size and weight to the smallest functioning form. So, here are the factors that could affect that:

So, what's the smallest size where the creature would probably be able to function?

the same as a human torso

I'm assuming you want the living life-support machine to support an average human. This organic machine would take over 100% of the functions. So I'm disregarding things like too small arteries for full blood circulation.

Biology is generally created in it's smallest size that remains practical. A full heart, full lungs and all the other things are needed to put someone on full life support. So you'll likely end up with the same amount of vital organs as normal, assuming a 100% connection. That would mean you have about a torso worth of organs, minus some attachments and muscles used for the extremities.

There's still ways to reduce further. The person in question is likely not going to be doing any exercise. You can reduce lungs and heart to match. You only need to be sure they don't get a anxiety attack or similar that raises the need for blood and oxigen (debatable), or else lack of blood and oxigen can damage the person.

The constant feeding of the living machine is a problem though. Extracting energy from food is paradoxically an energy intensive task. It would need a better heart and lungs to facilitate both digestion and a person. Moreover, you would need to store much more in liver and fat, as well as have the kidneys work harder. Each if these would increase the size of the organ or the full shaoe. It would be more logical if you have it take it's fill and then have it dormant, saving energy until needed. When feeding during it's life support function it doesn't need extreme digestion either, but regular ones.

This doesn't address the better function of some of the organs, or at least how it is suggested to me. How can it be better at functioning than a liver in metabolising poisons into something harmless if it's the same size as a normal persons liver? In addition, where do you keep all the lymph nodes and other immune system supports? They need to be packed in there as well. Finally it still needs to support itself, which also means supporting some power-hungry organs.

Most likely you'll end up with about the size of a human torso, if not a bit bigger. Only if the life-support isn't required to be 100% you can probably start reducing the size.

They are teddy bears. 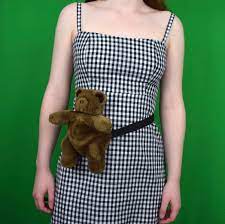 Back to the OP: of course the size would change. Wastes would accumulate from the liver and kidney functions. You would need to drain the bear periodically.

Why carry your med-kit around when it can carry itself and do odd-jobs like guarding and fetching supper.

It should be as big as three of these: 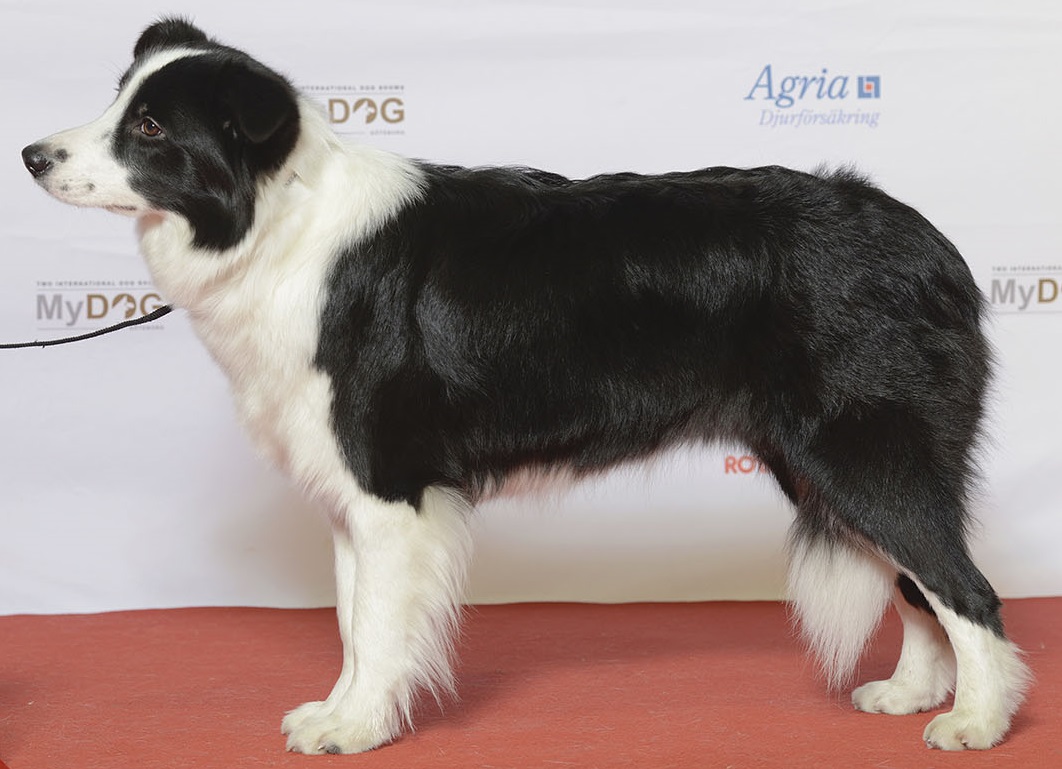 Svenska Mässan under CCL 2021 Via Wikipedia

Border collies (working dogs used to herd sheep) weigh in at a nimble 17 kg (35 lbs) for the males but have pretty fast metabolisms, faster than humans for their size by a factor of about 2.5.

Or one of these: 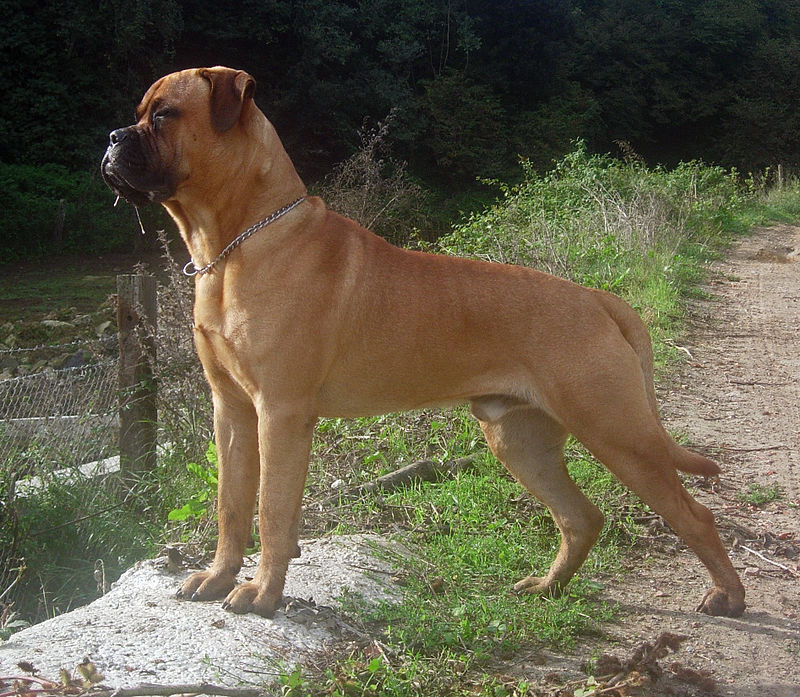 Fausto Moreno under CCL 2021 Via Wikipedia

The Bullmastif weighs in at 55Kg (about 120 lb) for the male and slightly lighter for the female, a fit young dog in peak condition can metabolize 3200 K calories per day, more than an average man's needs, much more than a woman's.

At peak power output these dogs in whatever combination will provide sufficient metabolic oomph to take-over the resting metabolism of a human - with spare - to aid in the healing process. Plus they're good companions, offering emotional support, physical warmth and protection from those with ill intentions to boot. They might even take saddlebags with a little persuasion.

Of course, if you're more of a cat person, a female Bengal Tiger metabolizes over 6000 K calories per day, enough to heal two adults at a time.

As it often happens, the answer is, "it depends".

Then you need oxygen flow. At the same efficiency of human respiration this equals about 8 liters per minute, or fourteen cubic centimeters per second.

Operating with the same efficiency and methods of a human being, you'd get a smallish human torso, but why use large lungs? You can just as well use a continuous-flow mechanism or several smaller lungs breathing faster. As said above, a 14cc piston lung operating once a second would be enough. Using a haemoglobin analogue with twice the oxygen affinity would allow to decrease to 7cc per second.

For the same reasons, the heart could be a perystaltic pump system, just a little larger than a large artery. That, by the way, is a problem: to properly operate, your system must be able to interface in four points, aorta, vena cava and two major pulmonary arteries -- that allows bypassing both heart and lungs, otherwise they might be laboring at odds.

And some form of nervous system control seems in order - this could be done chemically though.

Your creature then has two large bloodvessel trunks that enter the body, one from below the neck and the other from below the breast, each carrying two ducts. Then, several opercles to suck in air, and a "mouth" to get the sugary nutrient syrup it needs both to live and to "power" the patient. It will also need to have an excretory pouch - to avoid messes, it could dehydrate organic matter and wrap each pellet in some sort of impermeable "skin" (inside, all kinds of toxins might be present).

The signaling could be done with skin color changes, like octopi, using different patches of skin. You could tattoo a label near to each patch :-) .

Willk's proposal of a teddy bear size seems about right.

14
Living without a heart
14
Is a four armed arboreal reptile as described viable?
2
How much blood is needed to forge a sword?
10
Could a deep ocean creature use some kind of bacteria in its body as a way to generate oxygen?
4
What would a transplanted organ from a corpse use to gain control of it's host?
6
Saving the world by saving an entity
2
Giant Parasite Wearing a Human Flesh Suit
1
Is this giant realistic?
6
How Can a Creature With Focus Come to Exist?