Floating islands in a gas giant

A highly improbable mini-Neptune develops (naturally or artificially) an atmospheric layer perfectly suited for carbon-based air-breathers like us: a livable ratio of oxygen to helium/nitrogen/argon/some other non-toxic inert gas, an atmospheric pressure comparable to an alpine environment, a comfortable temperature (maybe a bit on the chilly side), and a non-lethal amount of radiation.

Would it be possible to have some kind of landmass suspended in such a layer? Perhaps floating on another layer of higher-density gas below? Of course, the setting is quite fantastical and I may just handwave it as space magic, but I would first like to see if there is any non-handwavy scientific mechanism that could account for having a flying island in such an environment. The criterion for "land" is that a human being can walk or at least float on it.

I'm aware that both the question of flying islands and the question of habitable gas giants have been brought up on the forum before, but my specific question is if the particular environment of a gas/ice giant would affect the mechanics/plausibility of it. I'm also aware that the answer to my question will more likely than not come down to "it's impossible", but it never hurts to ask (I hope).

If you want something based on science, it's impossible to have bulk solids floating in an atmosphere. You might have something resembling a Montgolfier, with an average density lower than the atmosphere, but that would not be naturally occurring.

Imagine 100m diameter (or larger) jellyfish like creatures floating in a sea of dense gas, their tops sticking out into the thinner, breathable atmosphere (their floating chambers are probably filled with this as well).

You could very well imagine being able to walk on them, maybe even cut a chunk out of them to eat now and then - a veritable Land of Cockaigne! 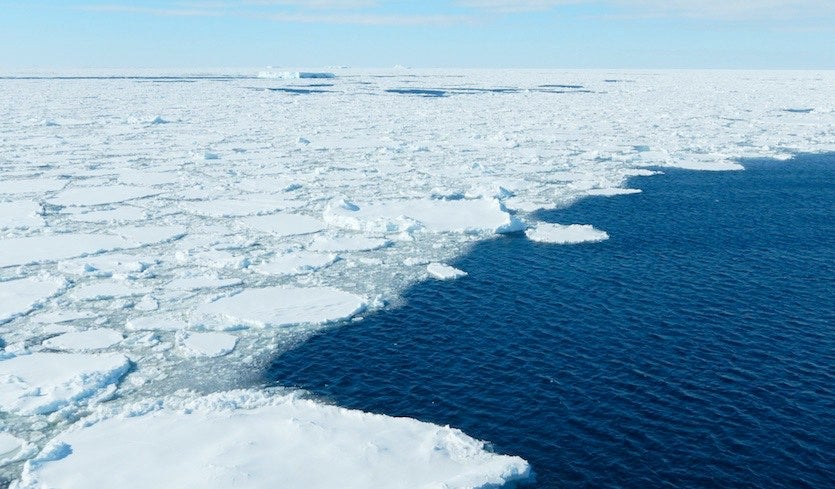 Under the gas layer where your people live is another layer, of water. On the top of that water floats the ice, as ice does. Your people live on the ice.

The water is an ecosystem unto itself. Things live there, as they do in the gaseous layer above where your people live. The difference between that ocean and the ocean on Earth is that if you go to the bottom of their ocean, you come back out into gas - a layer of pressurized krypton and xenon gas, lit by the weird blue lights of crackling electrical discharges.

There are layers yet below that.

Not the answer you're looking for? Browse other questions tagged science-based reality-check gas-giants .